You may want to reconsider eating ultra processed foods, after a US study found those consuming higher amounts were more likely to experience bouts of depression. 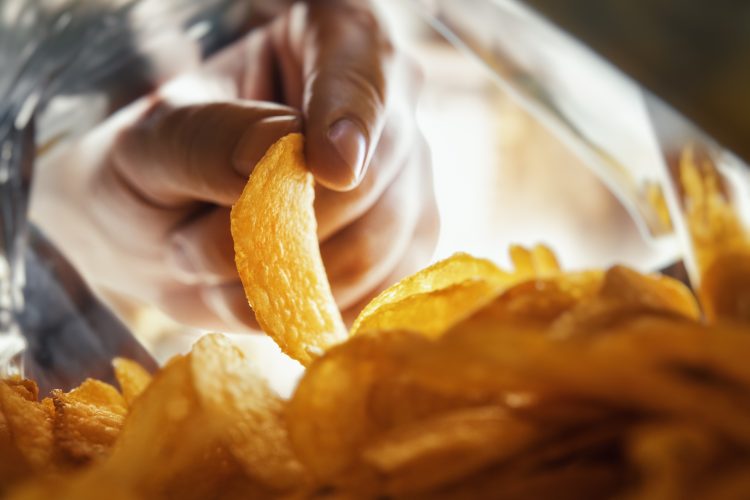 Ultra processed foods may be having a significant negative impact on our mental health.

Using a nationally representative sample of the US population, researchers from Florida Atlantic University’s (FAU) Schmidt College of Medicine and other collaborators, measured the number of days individuals consuming goods, such as sugary beverages and reconstituted meat products, felt low and to what degree.

These were divided into feelings of mild depression, anxious days and the number of unhealthy mental days that were experienced. The findings were based on 10,359 adults aged 18+ from the US National Health and Nutrition Examination Survey.

While there is some evidence regarding ultra-processed food consumption and depression, data are sparse regarding other adverse mental health symptoms, including anxiety and mentally unhealthy days.

Results of the study, published in the journal Public Health Nutrition, showed that individuals who consumed the most ultra-processed foods as compared with those who consumed the least amount had statistically significant increases in the adverse mental health symptoms of mild depression, mentally unhealthy days and anxious days. They also had significantly lower rates of reporting zero mentally unhealthy days and zero anxious days.

Findings from this study are generalisable to the entire US as well as other Western countries with similar ultra-processed food intakes.

“The ultra-processing of food depletes its nutritional value and also increases the number of calories, as ultra-processed foods tend to be high in added sugar, saturated fat and salt, while low in protein, fibre, vitamins, minerals and phytochemicals,” said Eric Hecht, corresponding author and an affiliate Associate Professor at FAU.

The researchers used the NOVA food classification for the study – a widely used system recently adopted by the Food and Agricultural Organization (FAO) of the United Nations. NOVA considers the nature, extent and purpose of food processing in order to categorise foods and drink into four groups: unprocessed or minimally processed foods, processed culinary ingredients, processed foods and ultra-processed foods.

“Data from this study add important and relevant information to a growing body of evidence concerning the adverse effects of ultra-processed consumption on mental health symptoms,” said Charles H. Hennekens, co-author, the first Sir Richard Doll Professor of Medicine, and Senior Academic Advisor at FAU. “Analytic epidemiologic research is needed to test the many hypotheses formulated from these descriptive data.”

This research was funded in part by the Bertarelli Foundation.