Researchers in Japan have identified the green which causes leaf-browning in sorghum after it has been treated with pesticides, paving the way for breeding improvements. 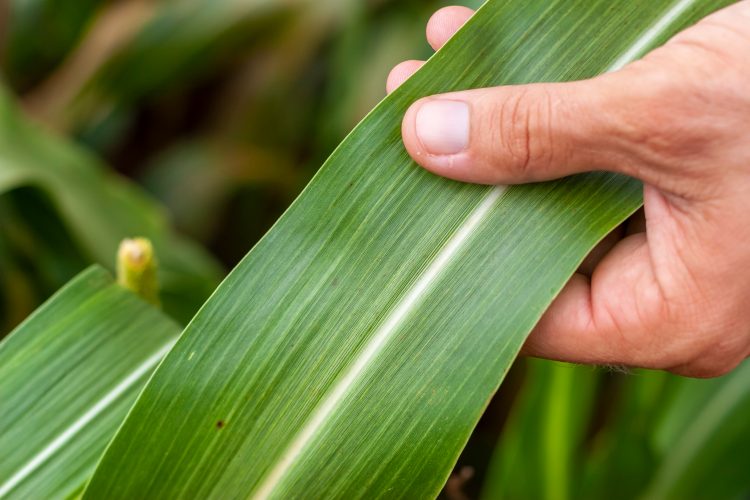 Sorghum is starting to gain international acclaim for its superfood qualities

Sorghum, an underrated ancient grain, is slowly becoming well known as a superfood due to its nutrient-dense and gluten-free nature. Sorghum syrup is widely used as a healthy alternative to molasses in the food industry, and this cereal is also used to make gluten-free flour.

Researchers from Okayama University, Japan, have been studying the cellular mechanisms that cause organophosphate sensitivity (OPS) in sorghum plants. In their recent study published in Scientific Reports, they reveal that the genes encoding the NB-LRR protein are responsible for OPS in sorghum. Moreover, they found that the mechanism of organophosphate-induced damage in sorghum was similar to the mechanism through which plants suffer damage during pathogenic infections.

Explaining the motivation behind this study, Prof. Wataru Sakamoto — who has been studying the genes controlling “leaf greenness” for over 10 years and who led this the research, said: “Sorghum has many benefits. It is also interesting from a research standpoint because of its high tolerance against drought and harsh environments, its small genome size, and its genetic similarity to rice.

“If a gene causes an undesirable trait in plants, removing or inactivating the gene could help eliminate the negative trait. During our research, we saw that a Japanese variety of sorghum called Takakibi exhibited leaf browning after pesticide treatment. So, we set out to understand the genetic cause of pesticide sensitivity in this plant.”

To do this, the researchers first crossed the organophosphate-sensitive Takakibi (or NOG) variety with the organophosphate-resistant sorghum variety BTx623. Interestingly, they found that all the progeny showed OPS. This implied that OPS was a “dominant” trait, meaning that plants would be sensitive to organophosphates even if they had one copy of an OPS-related gene.

Next, to understand which genes actually caused OPS in sorghum, they used a technique called “Quantitative trait locus mapping” and examined the genetic locations associated with OPS in the NOG variety. They found that a region on chromosome five, which has been linked to OPS in previous studies, was associated with OPS in NOG. Expanding on their findings, they identified three genes present in this region.

Further, they found that these genes likely encoded a protein called NB-LRR, which is present on the outer membrane of plant cells and recognizes external agents, including pathogens. Finally, they concluded that the NLR-C gene—which was functional in NOG but not in BTx623—was responsible for OPS in a dominant manner.

The work by Prof. Sakamoto and his team provides an improved understanding of the diverse roles played by the NB-LRR protein in sorghum. But more importantly, it lays the foundation for much-needed improvements in the breeding of sorghum.

“Pesticides like organophosphates are very useful in protecting plants from insects, but they should not damage the plant itself. Our findings could help in the development of sorghum varieties that can be grown safely with organophosphate treatment, thus improving the longevity of this crop. Moreover, this OPS trait is not specific to sorghum but can also be observed in other important plants, including tomato. Our findings could therefore help in the development of sustainable agriculture with the proper use of pesticides,” explained Prof. Sakamoto.