Conflict one of the biggest causes of world hunger, says new research

New research suggests we should be paying closer attention to conflict as a cause for world hunger, after studying the food security of several countries in sub-Saharan Africa. 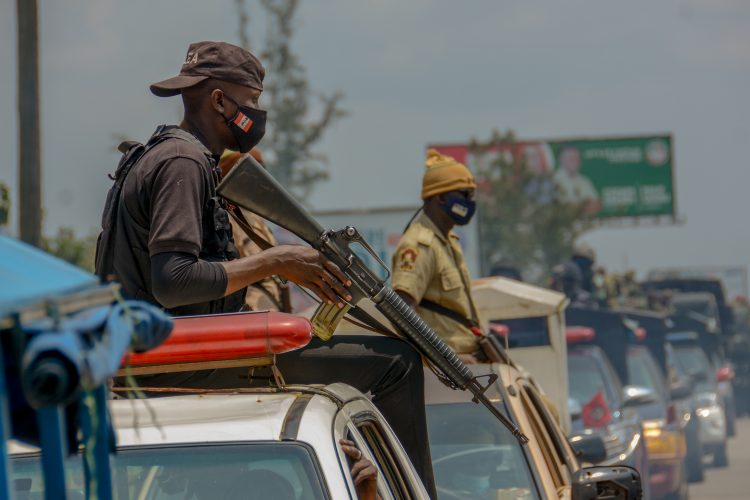 Some 700 million people – nearly nine percent of the world’s population—go to bed hungry, according to the World Health Organization (WHO).

One of the hardest-hit regions is sub-Saharan Africa. Here, many people reflexively blame droughts stoked by climate change. However, a new study looking at the question in more detail says that is not the case: long-running wars, not the weather, are to blame.

The study, published in the journal Nature Food, claims that while droughts routinely cause food insecurity in Africa, their contribution to hunger has remained steady or even shrunk in recent years. Instead, rising widespread, long-term violence has displaced people, raised food prices and blocked outside food aid, resulting in the reversal.

“Colloquially, people would say it’s climate-induced droughts and floods, because that’s what people tend to say,” said Weston Anderson, who led the study as a postdoctoral researcher at Columbia University’s International Research Institute for Climate and Society. “But academics have not compared the importance of drought to violence in triggering food crises in a holistic way.”

To reach their conclusions, the researchers analysed 2009-2018 data from the Famine Early Warning System, a USAID-funded network that provides information to governments and aid organizations about looming or ongoing food crises in dozens of countries. The system shows that the number of people requiring emergency food aid in monitored countries surged from 48 million in 2015 to 113 million in 2020. The system is not designed to quantify the different factors behind the emergencies, but Anderson and his colleagues were able to tease these out for 14 of Africa’s most food-insecure countries. The nations reach in a band from Mauritania, Mali and Nigeria in the west, through Sudan, Chad and other nations, to Ethiopia, Kenya and Somalia in the east. The study also took in several nations further south, including Mozambique and Zimbabwe.

Not surprisingly, the researchers found that periodic, well-documented droughts have been behind food crises across large areas. However, the overall effects of drought did not increase during the study period; of anything, they went down in some areas. When drought did hit, farmers usually bounced back in the next planting season, within a year or so. Animal herders took twice as long to recover, because the areas where they live saw with more extreme conditions, and it took people time to rebuild their hard-hit livestock herds.

Amid the usual ups and downs of rainfall, violence has been responsible for the progressive increase in hunger, the study claims. Long-term conflicts ranging from repeated terrorist attacks to pitched combat between armies have caused shortages lasting year after year, with no end in sight, the authors say.

This has been especially the case in northeast Nigeria, where the Boko Haram guerrilla army has waged a campaign against the government for the past decade, and in South Sudan, where a multi-sided civil war that started in 2013 continues. Sudan and Somalia also have seen warfare-induced increases in hunger, but in those nations, droughts have been the more dominant factors, the study found.

“The overall message is that if we’re going to predict and handle food crises, we need to be paying attention to conflicts, which can be really complicated—not just the more easily identified things like drought,” said Anderson.

“Droughts have a clear start and a clear end. But there are all kinds of violence. And a lot of the time, there is no clear start or end to it.”