New study highlights the global regions that will be most affected by climate change – and worryingly, they are those least capable of adapting. 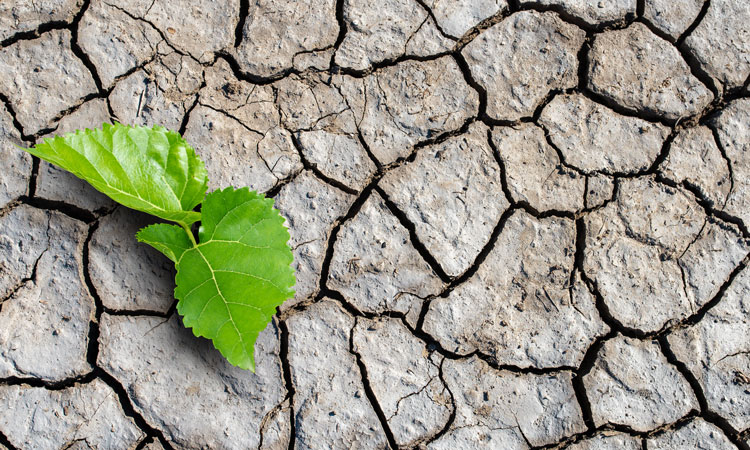 Researchers at Aalto University in Finland have studied the projected impact to our future food production capacity if carbon dioxide emissions continue to increase at their current rate. Despite widespread acceptance that climate change is not only real, but that it negatively impacts agriculture and livestock production, little is known about which geographical areas will be most impacted and to what extent – until now.

Published in One Earth scientists reveal the results for two scenarios – one whereby carbon dioxide emissions are drastically reduced, limiting global warming to 1.5-2 degrees Celsius; and another in which emissions continue on their current course. Reflecting on this second projection, Matti Kummu, professor of global water and food issues at Aalto University, said: ‘Our research shows that rapid, out-of-control growth of greenhouse gas emissions may, by the end of the century, lead to more than a third of current global food production falling into conditions in which no food is produced today – that is, out of safe climatic space.

He offers reasons to be optimistic, however, if we can collectively reign in our carbon emissions. ‘The good news is that only a fraction of food production would face as-of-yet unseen conditions if we collectively reduce emissions, so that warming would be limited to 1.5 to 2 degrees Celsius,’ says Kummu.

Changes in rainfall and aridity as well as the warming climate are especially threatening to food production in South and Southeast Asia as well as the Sahel region of Africa – sadly, those are areas that lack the capacity to adapt to changing conditions. 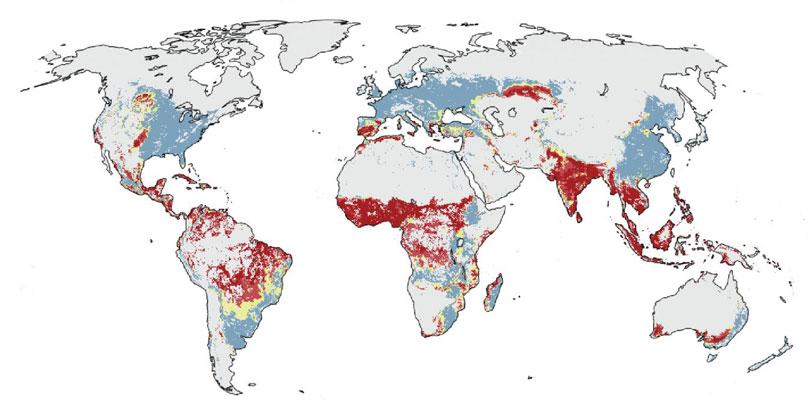 High Emission Scenario: up to 95 percent of current food production would fall outside of safe climatic space (image courtesy of Aalto University)

‘Food production as we know it developed under a fairly stable climate, during a period of slow warming that followed the last ice age. The continuous growth of greenhouse gas emissions may create new conditions, and food crop and livestock production just won’t have enough time to adapt,’ says Doctoral Candidate Matias Heino, the other main author of the publication.

The researchers assessed how climate change would affect 27 of the most important food crops and seven different livestock, accounting for societies’ varying capacities to adapt to changes. The results show that threats affect countries and continents in different ways; only in 52 of the 177 countries studied, would the entire food production areas remain in a safe climatic space in the future. These include Finland and most other European countries.

Already vulnerable countries such as Benin, Cambodia, Ghana, Guinea-Bissau, Guyana and Suriname would be severely impacted if no changes are made; up to 95 percent of current food production would fall outside of safe climatic space. Alarmingly, these nations also have significantly less capacity to adapt to changes brought on by climate change when compared to rich Western countries. In all, 20 percent of the world’s crop production and 18 percent of livestock production under threat are located in countries with low resilience to adapt to changes.

The importance of reporting carbon-14 results under a standard…

‘If we let emissions grow, the increase in desert areas is especially troubling because in these conditions barely anything can grow without irrigation. By the end of this century, we could see more than 4 million square kilometres of new desert around the globe,’ Kummu says.