Could 2020 be the supermarket’s swansong?

A new survey suggests shoppers could be moving away from traditional supermarkets and taking the opportunities afforded to them by technology to shop elsewhere. 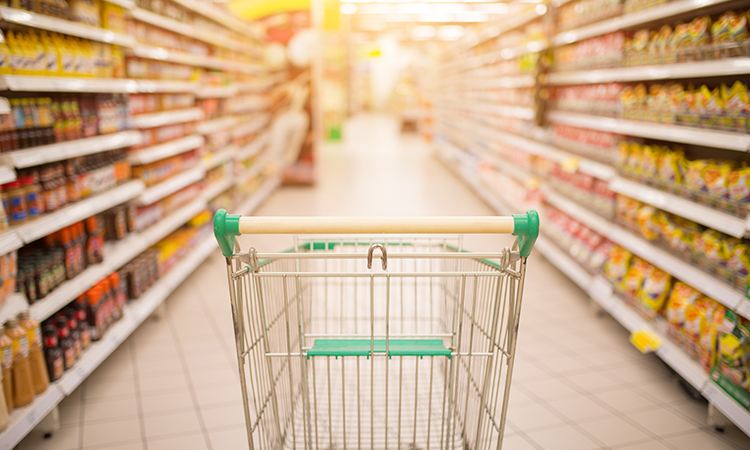 For the first time less than half of Britons (49 percent) anticipate buying their food from supermarkets in the future – a proportion that has fallen over the last two years from 56 percent in 2018.

That’s according to ThoughtWorks’ ‘2030 Britain’ study, which explores how people expect their world will look in nine years’ time. The latest aspect of this study considered the nation’s relationship with food and the findings suggest that, after a year of pandemic and lockdown, more people are considering buying food directly from food producers or online via non-supermarket avenues.

The declining popularity of traditional supermarkets was most noteworthy among younger people – with just 32 percent of under 25-year-olds believing the future of food shopping involved pushing a trolley around a big store (falling from 58 percent in 2018).

When considering the popular traditional alternatives to supermarkets, 34 percent of survey respondents liked the idea of buying food direct from farmers or food producers, 21 percent believed they would grow their own food, and 12 percent still saw a role for the local corner shop – a sector that experienced a boom during the months of lockdown and social restrictions.

Beyond this, technology was seen to have a key role to play in opening up consumer choice. Nationally, 29 percent believed the future of food shopping lies with major online stores that also sell food, 20 percent thought the future would be more about the delivery of prepared meals, while some believed that by 2030 food would be ordered via online subscriptions (14 percent) or even artificial intelligence (11 percent).

This broadening sense of consumer choice is powered by the possibilities that technology opens up. With the vast majority of people predicting their food shopping will be done online by 2030 – via laptop (36 percent), smartphone (26 percent) or wearable technology (16 percent) – so technology empowers more people to make food choices that are more closely aligned to the issues they care most about.

Factors that will drive food-buying choices

Since the original survey in 2018, this new survey asked Britons which factors they thought would become more important in framing their food-buying decisions by the year 2030.

While price returned as the number one driver, there was a big focus on supporting local food producers, with the effects of a year working from home becoming apparent.

The proportion that said supporting local farmers and food producers was a priority had risen 12 percent since 2018 (from 27 to 39 percent). Similarly, where their food came from (+11 percent) and that it was ethically sourced (+9 percent) were concerns of increasing importance.

Interestingly, these concerns had overtaken those surrounding tackling obesity (-1 percent), and the nutritional value of food (-2 percent).

“There is no question that the supermarkets have done a heroic job to maintain food supply during the pandemic,” said Kevin Flynn, Director of Retail Strategy at ThoughtWorks.

“We all remember the images of panic buying back in March, but the shelves did not stand empty for long, as the food retail sector supported households through lockdown and the periods of tiered social distancing restrictions.

“That said, the consumer did change during lockdown – and their predictions about the future of food buying actually say a lot about their changed experiences during 2020. Many bought food online and, through this experience, they discovered what was out there; the food that could be bought elsewhere online and the local and artisan food producers that themselves innovated during lockdown.

“People discovered fresh and many rediscovered local stores. The online experience also allowed people to research, to ask questions about food, and to make food-buying decisions that more closely reflected the issues they cared about.

“The irony is whilst 2020 was the year when supermarkets stood tall, it was also the year when technology helped the consumer to discover other ways to buy and enjoy food – and in a way that complemented the ethical issues they cared about. This seismic shift will only accelerate further after the pandemic and how supermarkets react to this will dictate whether 2020, with hindsight, proves their golden age or their swansong.”