Could urine be the key to producing food in space?

Scientists in Japan think urine could be harnessed to provide plants with key nutrients and encourage growth in inhospitable environments. 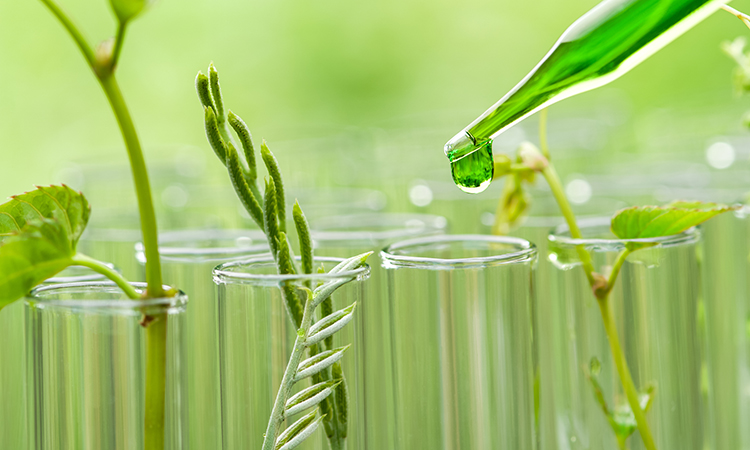 Scientists from Tokyo think urine could be used as a fertiliser to help grow plants in space.

There is a reason humans tend to inhabit areas of the globe with more favourable agricultural conditions. Growing our own food was once absolutely essential to sustaining life on this planet, hence why regions with the best soil and climate are the most densely populated. But as space travel develops and the red plains of Mars get closer to reality, growing food on the barren planet could be an issue. Luckily, scientists in Japan have found the answer: urine.

One of the foremost challenges facing any intended long-term settlement, be it in the Antarctic or on Mars, is achieving some degree of autonomy to enable isolated colonies to survive even in the event of a catastrophic failure in provisioning. The key to achieving this autonomy is ensuring food sufficiency and self-sustenance.

Space agricultural technology is therefore one of the research topics currently being undertaken by the Research Center for Space Colony at the Tokyo University of Science. The researchers hope to spearhead the technological development for safe and sustainable space agriculture – with the aim of sustaining humans for a long time in an extremely closed environment such as a space station.

To this end, an innovative study was conducted by a team of Japanese researchers led by Junior Associate Professor Norihiro Suzuki from the Tokyo University of Science. In the study, Dr Suzuki and his team aimed to address the problem of food production in closed environments, such as space station.

Realising that farmers have used animal waste as fertiliser for thousands of years as a rich source of nitrogen, Dr Suzuki and his team investigated the possibility of manufacturing it from urea (the main component of urine), to make a liquid fertiliser. This would also simultaneously address the problem of human waste treatment or management in space. “This process is particularly interesting as it makes a useful product, ie, ammonia, from a waste product such as urine, using common equipment at atmospheric pressure and room temperature,” explained Dr Suzuki.

The research team – which also includes Akihiro Okazaki, Kai Takagi, and Izumi Serizawa from ORC Manufacturing Co – devised an ‘electrochemical’ process to derive ammonium ions (commonly found in standard fertilisers) from an artificial urine sample. Their experimental setup was simple: on one side, there was a ‘reaction’ cell, with a ‘boron-doped diamond’ (BDD) electrode and a light-inducible catalyst or ‘photocatalyst’ material made of titanium dioxide. On the other, there was a ‘counter’ cell with a simple platinum electrode. As current was passed into the reaction cell, urea was oxidised, forming ammonium ions.

“We are planning to perform the experiment with actual urine samples, because it contains not only primary elements (phosphorus, nitrogen, potassium) but also secondary elements (sulfur, calcium, magnesium) that are vital for plant nutrition,” Dr Suzuki continued.

The team are optimistic that this method provides a solid basis for the manufacture of liquid fertiliser in enclosed spaces. “It will turn out to be useful for sustaining long-term stays in extremely closed spaces such as space stations,” he explained.

Humans inhabiting Mars might still be quite a distant reality, but the researchers will be hoping that we could be on a path to ensuring sustainability in space even before we actually get there.