FREE Webinar register now May 5, 15.00 BST: Improving your analytics for beverage analysis with ion chromatography
Webinar: Best Practices for Supply Chain and Inventory Management for Food and Beverage Manufacturers
Are you registered for our FREE Webinar May 12, 15.00 BST: What can sensitivity give you other than lower LOQs in food and cannabis testing?
Register now FREE Webinar 28 April, 15.00 BST Mapping your CBD journey – incubation, acceleration and regulatory compliance
news

Researchers have developed a novel method for spoilage detection in salmon which they claim is better than existing methods. 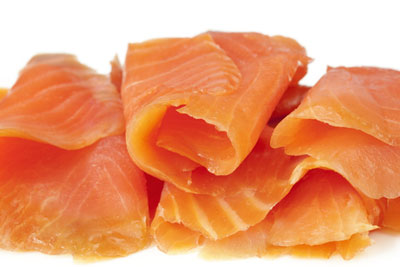 An enhanced method for detecting seafood spoilage has been developed by a team from Flinders University.

The current and “far from satisfactory” methods were the inspiration for this new device, which the team says can instantly and accurately measure the rate of spoilage in Atlantic salmon.

In their study, the team used filter papers loaded with an AIEgen to monitor the spoilage. They found that as the spoilage increased, more amine vapours were triggered and so too, the intensity of the readings on the treated filter papers.

Foods with high water content, including seafood, are ideal breeding grounds for bacteria, so improved testing methods could be a huge cost saver to the sector.

The team believes this method could be applied to other seafoods and intends to carry out further optimisation tests on the paper strips and the AIEgen loading in a hope to commercialise the technology.

The team also plans to align the AIEgen loaded paper strips with smartphone apps to transfer information for quantitative evaluation.

How technology and food delivery apps will restore the food industry