The International Food Policy Research Institute has published a report highlighting the impacts of COVID-19 on food systems, the global economy, poverty, health and trade, and has offered recommendations for Governments to try and alleviate them. 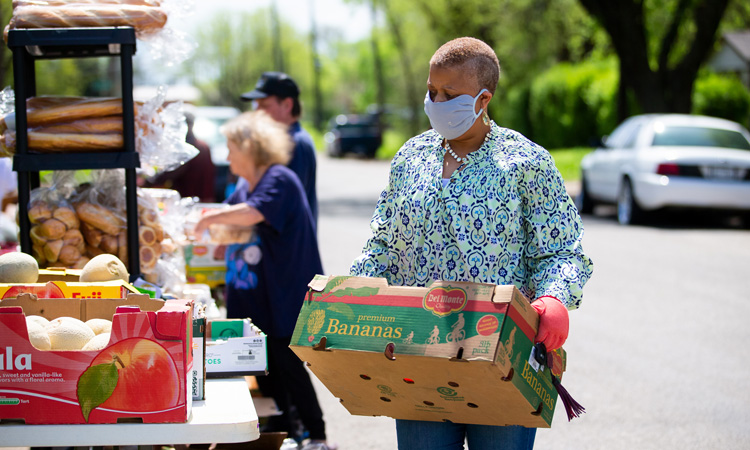 COVID-19 has led to a global economic slowdown that is affecting all four pillars of food security – availability, access, utilisation, and stability – according to a new article from researchers at the International Food Policy Research Institute (IFPRI).

“The most important impact of the pandemic on food security is through income declines that put food access at risk,” said article co-author and IFPRI Director-General, Johan Swinnen. “This is especially a concern for the extreme poor, who spend on average about 70 percent of their total income on food.”

The International Monetary Fund (IMF) projects a five per cent decline in the world economy in 2020, a deeper global recession than during the 2008-2009 financial crisis. Model-based simulations by IFPRI have suggested that such a deep recession would push 150 million more people into extreme poverty; an increase of 24 percent from current levels. Most of the rise in poverty is predicted to be concentrated in sub-Saharan Africa and South Asia. “Disruptions in food systems both contribute to increases in poverty, by affecting a critical source of income for many of the world’s poor, and also exacerbate the impacts of poverty by reducing access to food, particularly nutritious foods,” said Swinnen.

The researchers noted that income declines will particularly affect consumption of nutrition-rich foods, such as fruits, vegetables, and animal-source products. New evidence from Ethiopia confirmed this impact and further indicated that it is expected to increase micronutrient deficiencies among its population, contributing to poor health and greater susceptibility to COVID-19, Swinnen noted.

Although supply chains have been generally well managed throughout the pandemic, the article authors noted that food supply chains differ across countries and crops, as do the impacts of COVID-19 on supplies. They said that capital-intensive food value chains that are highly mechanised (predominant in rich countries for staple crops such as wheat, maize, and soybeans) have continued functioning with few disruptions. However, they highlighted that food production in poor countries have shown more supply disruptions owing to the risk of disease transmission, labour shortages, and disruptions in transportation and logistics. This has also been the case for parts of food processing sectors in rich countries, as evident in the case of the United States and Europe, where 30,000 workers in meat processing tested positive for COVID-19, causing many plant closures.

“It is critical to exempt agricultural practices and actors from COVID-19 lockdown measures to ensure the adequate flow of food from farm to fork,” said IFPRI’s Markets, Trade and Institutions Division Director, Rob Vos. The researchers pointed to the “green lanes” the Chinese government created to ease the transport, production processes, and distribution of agricultural inputs and food products as an example.

Trade was also noted to be essential to address issues of availability and stability. The researchers said trade ensures diversification of supplies, reduces gaps in production, and helps stabilise world markets. They explained that export restrictions on staple foods including rice and wheat, imposed by 21 countries in the early months of the pandemic, created volatility and upward pressure on world prices for food staples.

“Fortunately, many of these export restrictions have since been lifted, and world market prices for rice, for instance, declined after the end of Vietnam’s export ban,” said article co-author and IFPRI Senior Research Fellow, David Laborde. But, the researchers recommended that Governments avoid further use of disruptive policies like export restrictions on food, keep policies consistent with rules agreed at the WTO, and maintain open trade channels.