The Dietary Guidelines Advisory Committee (DGAC) has published its 2020 Scientific Report, which includes concerns about choline deficiency across the US. 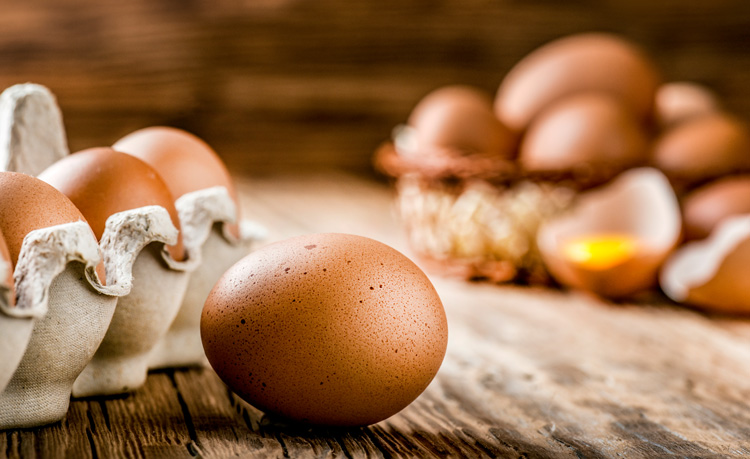 Eggs are particularly rich in choline.

The Dietary Guidelines Advisory Committee (DGAC) – a group comprised of 20 recognised health and nutrition experts – has published the Scientific Report of the 2020 Dietary Guidelines Advisory Committee: Advisory Report to the Secretary of Agriculture and the Secretary of Health and Human Services. Among its findings, the Committee concluded that current choline intake levels are too low for most Americans and found low intake levels among infants and toddlers, as well as vulnerable populations like pregnant and lactating women, especially concerning.

Choline is an essential nutrient that supports a variety of processes at all stages of life and throughout the body, including fetal and infant development; cognition and memory; energy and fitness; metabolism; and liver health. Many vegetables, fruits, whole grains, and dairy products contain choline, and fish, beef, poultry, eggs, and some beans and nuts are considered rich sources.

While more research is said to be needed for choline to reach the level of a ‘nutrient of public health concern,’ the Committee recognised choline as a ‘nutrient that poses public health challenges’ for all infants and toddlers between ages 12 and 24 months, as well as other demographics.

“The Committee’s scientific report shines a light on the growing body of evidence that shows choline plays a critical role in health during specific life stages,” said Marie Caudill, PhD, RD, Professor, Cornell University and an internationally recognised choline researcher. “Unfortunately, consumption data tell us choline is widely under-consumed, and it is concerning that those populations who would benefit most from choline, such as pregnant and lactating women and infants and children, fall short of meeting intake targets. In fact, only eight percent of pregnant women are meeting choline recommendations.”

Choline is naturally found in some foods; yet, based on typical and recommended eating patterns, it is considered difficult to meet daily choline needs through foods alone. In fact, the DGAC presented three food pattern styles, which generally meet all nutrient needs across the lifespan, except for a few such as choline. The Committee noted that many supplements do not yet contain sufficient amounts of choline, indicating an important opportunity for both supplement innovations, as well as food fortification, in the future.

“Science-based dietary guidance is critical to ensuring a healthy future for America,” said USDA Food, Nutrition, and Consumer Services Deputy Under Secretary Brandon Lipps. “USDA greatly appreciates the high-quality work done by this committee comprised of our nation’s leading scientists and dietary experts. We look forward to thoroughly reviewing the report and leveraging their scientific advice as we partner with HHS to develop the next edition of the Dietary Guidelines for Americans.”