The research highlights that, unlike soy, fava beans can be grown locally, minimising environmental impacts, and can be readily absorbed as a nutritious protein powder. 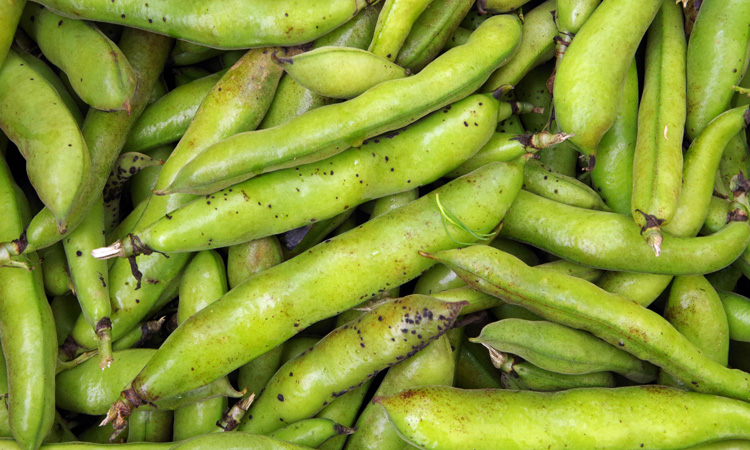 Soy-based proteins are often used when experimenting with vegetarian cooking, but new research from the University of Copenhagen’s Department of Food Science has suggested that fava beans hold great promise as a non-soy source of plant protein, with more favourable environmental and nutritional considerations.

“Many consumers are crying out for alternatives to soy, a crop that places great strain on the environment. This prompted us to find a method of processing fava beans in such a way that allows us to produce a concentrated protein powder. One of the advantages of fava beans is that they can be grown here, locally in Denmark. This is excellent news for the climate,” explained Iben Lykke Petersen, an Assistant Professor at the University of Copenhagen’s Department of Food Science, and one of the researchers behind the new study.

Fava beans are said to be better suited for climate considerations because they can be cultivated locally, unlike soybeans, which are primarily grown in the United States and South America – and then exported to Denmark.

“Another important factor is that, unlike fava beans, lots of soy is genetically modified to be able to tolerate Roundup, a herbicide. Within this context, many consumers are critical of soy’s environmental consequences,” Petersen said.

To find an alternative to environmentally taxing soybean, the study’s researchers tested various crops, looking for those with the greatest potential as a protein powder, while also being able to be grown locally. Fava beans reportedly outperformed lentils, amaranth, buckwheat and quinoa.

Using a method known as ‘wet fractionation’, the researchers succeeded in concentrating fava bean protein and removing substances that would otherwise inhibit the digestion of the protein. This allows nutritious fava bean proteins to be more readily absorbed when consumed.

“Wet fractionation is accomplished by milling beans into a flour, and then adding water and blending the mixture into a soup. Thereafter, it becomes easier for us to sort out the less beneficial substances and produce an optimised product,” Petersen continued.

“Our results demonstrate that this method significantly increases protein content. Furthermore, through our tests, we can see that this protein is nearly as readily digested as when we break down protein from animal products, such meat and eggs.”

Petersen explained that when fava beans are processed correctly, their proteins retain their naturally bright colour, along with a neutral taste and good texture.

“Manufacturers prefer a product that is tasteless, has a neutral colour and a firm texture. Fava beans check each these boxes, unlike peas, which often have a very bitter aftertaste,” she said.