Trade unions such as GMB and Unite have called on the UK government to make radical changes as workers in the food industry report negligence of the two-metre COVID-19 social distancing rule, 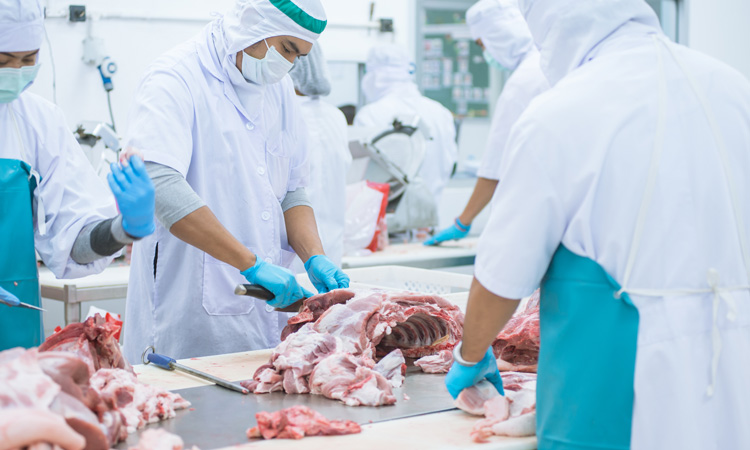 GMB London, the union for food industry workers, has called on Bakkavor management at west and north London prepared food plants to radically reorganise production methods and line speeds to make the plants compliant with social distancing rules for the safety of the workforce and the general public during the COVID-19 crisis.

GMB has stated that it recognised this reorganisation will slow down the production process, but like in the supermarkets at the other end of the food chain, it has claimed that there is no alternative.

GMB London has separately called for the company to improve its sick pay scheme to ensure that workers needing to self-isolate during the health emergency are able to afford to stay off work for the safety of the workforce and the general public.

“GMB members at Bakkavor meals London are reporting no social distancing measures and no other safety measures for the production line are put in place as part of safe operation of the plant which mean the workers are forced to work in crowded conditions,” said Andre Marques, GMB London Region Officer.

Members working in the Bakkavor sites claim that government guidelines with regards to social distancing are being completely ignored and disregarded.

One worker said: “we work on an assembly line next to each other, social distance sometimes can’t be adhered to with the current production methods and line speeds. In addition, we also have to sit in crowded canteen during break time and put our health at risk.”

Another union, Unite, which has thousands of members in the food processing sector, including abattoirs, has also said that the mandatory enforcement by ministers should also encompass retails outlets, such as supermarkets, during the COVID-19 emergency.

Unite has called on George Eustice, Secretary of State for Environment, Food and Rural Affairs, after 1,000 workers walked out of a poultry production site in Portadown over concerns about basic health and safety protections for the workforce.

Unite’s National Officer for the Food Industry, Bev Clarkson, said: “The lack of the mandatory imposition of the two-metre rule by government is a problem currently nationwide. Ministers need to make the two-metre rule mandatory, as matter of urgency, across food processing, and also in the retail sector.

“As a society, we have quickly recognised that food production and the retail sector are key areas in maintaining adequate food supplies and keeping people’s morale high.

“I have been in contact with all the meat suppliers where we have union recognition. Some of the employers are introducing social distancing wherever possible, however they are saying that because the government has not stated that it is mandatory within the sector then they are not implementing it on production lines.

“We have strenuously put it to them that if they do not implement it on production lines then the virus could spread rapidly throughout the factories.

“I have been informed that production is up by at least 40 percent on all meat poultry sites because of the increase in demand, however, I pointed out that if the virus spreads in the factories, they won’t have enough staff to continue the production.”