Due to a rapid growth of the number of cuttlefish caught for seafood, the Marine Conservation Society has added them, alongside the Isle of Man queen scallop, to its red list, which indicates the least sustainable fish for consumption. 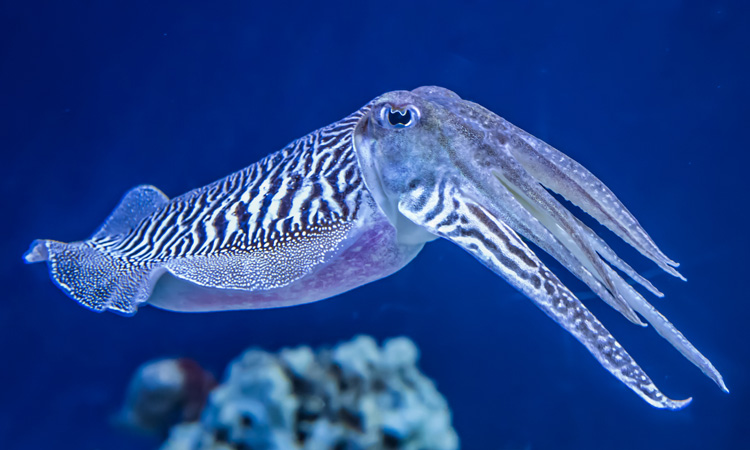 The latest update to the Marine Conservation Society’s (MCS) Good Fish Guide ratings have been released, and it has now listed trawl-caught cuttlefish from the English Channel as red rated ‘Fish to Avoid’.

There has reportedly been dramatic growth in the number of cuttlefish caught in the last decade, which has been fuelled by a huge increase in their value. This, alongside reports identifying a decline in their populations in the English Channel, has led to this red rating.

“Between 2008 and 2017, catches of cuttlefish more than doubled. The dramatic increase in catches, alongside several reports identifying a rapid decline in cuttlefish populations in the English Channel, has led to a red rating in the update to the Good Fish Guide,” said Charlotte Coombes, MCS Good Fish Guide Manager.

The Good Fish Guide uses a traffic light system to illustrate the sustainability of seafood available in the UK. Species are assessed based on a number of factors, including where they were caught or farmed and using which method.

Other movements include brown crab caught in creels around Shetland joining the green rated ‘Best Choice’ list. This comes after a reduction in fishing pressure and tighter controls on harvesting have helped it to bounce back. Atlantic wolffish caught in Iceland are no longer ‘Fish to Avoid’ and are now amber rated.

Non-certified pole and line-caught skipjack tuna from the Indian Ocean has moved off the Best Choice list and is now amber rated. Finally, all Isle of Man queen scallops are now red rated.

Due to fishing pressure, habitat damage and diminishing numbers, the MCS has called for urgent action to help recover red rated fish populations like the trawl-caught cuttlefish and the Isle of Man queen scallop.