The scientists highlighted that more and better research on antibiotics in animals is urgently needed to help guide decision-making on the best and safest use of antibiotics in future. 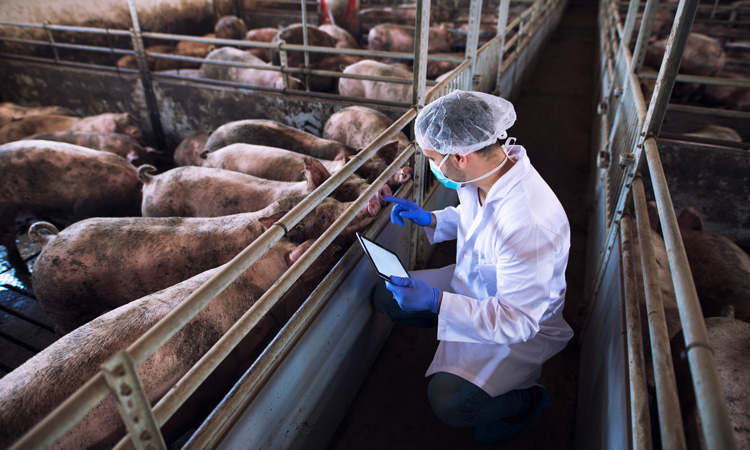 A special issue of Animal Health Research Reviews, an international forum for the publication of reviews and commentaries on animal health, has called for more research into the use of antibiotics in animals – looking at the evidence base for using the antimicrobial substances to prevent illness in beef and dairy cattle, swine, and broiler poultry.

The scientists who introduced the collection – from the University of Guelph in Canada and the Iowa State University – suggested that veterinarians and food-animal producers know too little about prevention or control measures, including antibiotic efficacy and antibiotic alternatives that could help to support antibiotic stewardship among animals.

The collection of 14 articles in the special issue – written by experts in the field from the US, Canada and beyond – has examined publicly available evidence related to control of diseases in livestock and poultry. The articles focus on management practices that are designed to keep animals healthy and therefore reduce the need to use antibiotics – as well as looking at the administration of antimicrobials to prevent or control disease.

Despite finding evidence that some of the interventions were effective, the scientists reportedly found inconsistency in outcomes among trials, and highlighted serious concerns related to the completeness of reporting and trial design.

For some interventions, the scientists found that the body of evidence of efficacy was ‘compelling’. For example, a study of existing clinical trials on the efficacy of teat sealants for dairy cows found that the products studied were likely to be effective for reducing mastitis. Similarly, several antibiotics were shown to be effective at controlling respiratory diseases among cattle.

However, other evidence was said to be less compelling. For bovine respiratory disease in beef cattle, for example, the scientists found no evidence that the current use of vaccines was effective. Similarly, for antibiotics and vaccines used to prevent bacterial respiratory disease in swine, the body of evidence was ‘insufficient’ to determine whether or not these interventions were effective. For litter management in poultry and preventive antibiotics for the treatment of E coli, the body of evidence was also lacking, according to the scientists.

“As the threat of antimicrobial resistance grows, stewardship of these vital drugs is increasingly important in both human and animal health,” the editors concluded. “Important facets of antimicrobial stewardship include using antibiotics judiciously as well as taking measures to minimise the need to use antimicrobials at all.”