Rabbits are said to be the second most farmed species in the EU, and although there are rules stipulating standards for the protection of farmed animals, including rabbits, there is no species-specific legislation protecting the welfare of farmed rabbits in the EU. 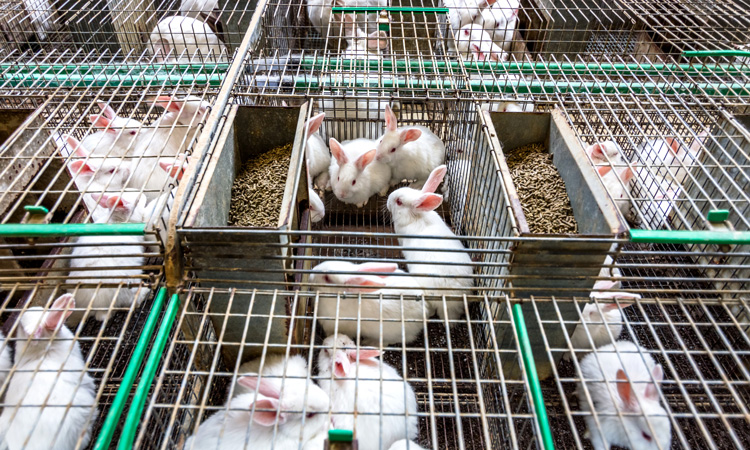 The welfare of adult rabbits kept in conventional cage systems is worse than that of those housed in other systems used in the EU, the European Food Safety Authority (EFSA) has concluded.

EFSA’s scientific opinion is reportedly based on an extensive survey of rabbit experts in the EU and the opinion relies on expert judgement because there is said to be little data available on the subject. In its recommendations, EFSA emphasised the need for data on welfare of farmed rabbits to be collected across the EU and also suggested that conventional cages should be enlarged and structurally enhanced to improve rabbit welfare.

The experts considered a number of welfare consequences related to health and behaviour, such as restricted movement, resting problems, prolonged thirst or hunger, thermal stress and skin disorders.

Most rabbit farming in the EU takes place in five Member States, according to EFSA: France, Hungary, Italy, Portugal and Spain, and farming practices were recorded as varying widely both between and within these countries.

The main conclusions are that: