A new study, which has found that reducing soil tilling increased yields and nurtured healthier soils, could help maximise the benefits of technology and guide farmers into the future. 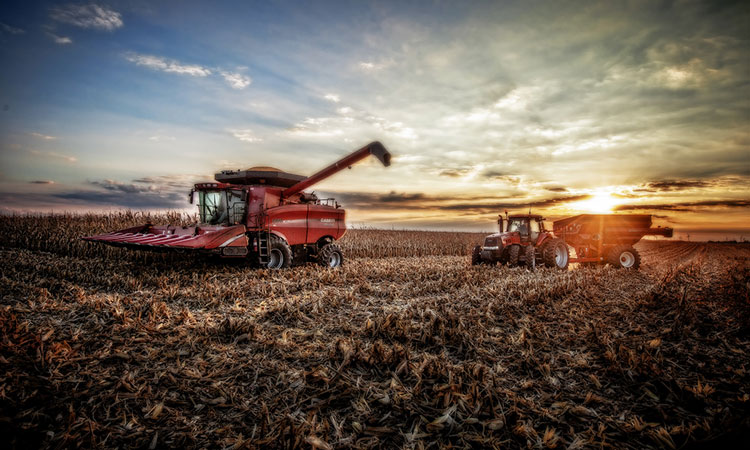 A new study from Standford University has shown that Midwest farmers who reduced how much they overturned soil – known as tilling – increased corn and soybean yields while also nurturing healthier soils and lowering production costs.

“Reduced tillage is a win-win for agriculture across the Corn Belt,” said study lead author Jillian Deines, a postdoctoral scholar at Stanford’s Center on Food Security and the Environment. “Worries that it can hurt crop yields have prevented some farmers from switching practices, but we found it typically leads to increased yields.”

For their study, the researchers identified areas of reduced and conventional tilling from previously published data. Using satellite-based crop yield models – which take into account variables such as climate and crop life-cycles – they also reviewed corn and soybean yields during this time. To quantify the impact of reduced tillage on crop yields, the researchers trained a computer model to compare changes in yields based on tillage practice. They also recorded elements such as soil type and weather to help determine which conditions had a larger influence on harvests.

The researchers calculated corn yields improved an average of 3.3 percent and soybeans by 0.74 percent across fields managed with long-term conservation tillage practices. Yields from the additional tonnage rank in the top 15 worldwide for both crops. For corn, this totals approximately 11 million additional metric tons matching the 2018 country output of South Africa, Indonesia, Russia or Nigeria. For soybeans, the added 800,000 metric tons ranks in between Indonesia and South Africa’s country totals.

Some areas experienced up to an 8.1 percent increase for corn and 5.8 percent for soybeans. In other fields, negative yields of 1.3 percent for corn and 4.7 for soybeans occurred. Water within the soil and seasonal temperatures were the most influential factors in yield differences, especially in drier, warmer regions.

“Figuring out when and where reduced tillage works best could help maximise the benefits of the technology and guide farmers into the future,” continued study senior author David Lobell, a professor of Earth system science in the School of Earth, Energy & Environmental Sciences and the Gloria and Richard Kushel Director of the Center on Food Security and the Environment.

It takes time to see the benefits from reduced tillage, as it works best under continuous implementation, the researchers said. According to their calculations, corn farmers won’t see the full benefits for the first 11 years, and soybeans take twice as long. However, the approach also results in lower costs due to reduced need for labour, fuel and farming equipment while also sustaining fertile lands for continuous food production. The study does show a small positive gain even during the first year of implementation, with higher gains accruing over time as soil health improves.

The study was published in Environmental Research Letters.