‘The Science of Food Safety – What’s our Future’ conference, held in Dublin in August 2019, marked the twentieth anniversary of the Food Safety Authority of Ireland (FSAI). Ronan Gormley and Dr Wayne Anderson discuss some of the key takeaways. 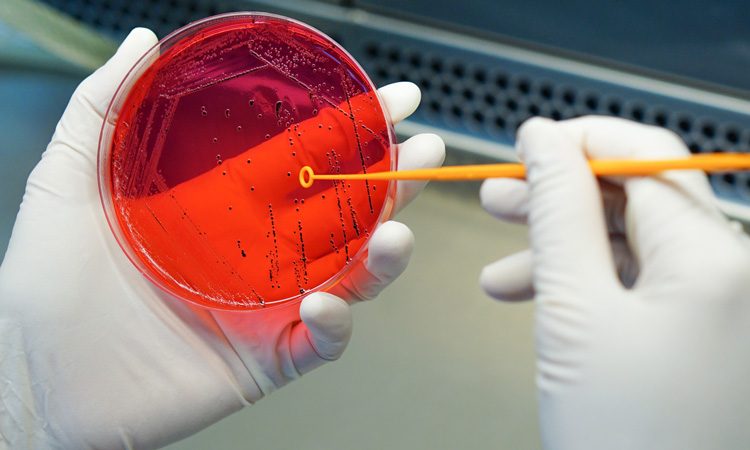 The greatest challenge, according to Prof Ferguson, will be producing safe and nourishing food for an increasing world population, without raising greenhouse gas production. Taxing carbon could lead to eventual ‘starvation’ due to insufficient food production, he noted, but innovations may hold the key. He pointed to CRISPR technology (a tool for engineering genomes), which has successfully delivered a genetically modified plant capable of capturing 30 percent more CO2 in the soil.

The conference comprised six plenary lectures and 28 presentations in two parallel sessions entitled ‘microbiological’ and ‘chemical safety’. Here are some of the key takeaways from the day.

The future of risk assessment in Europe

According to Dr Bernhard Url, Executive Director of European Food Safety Authority, Italy, food in Europe has never been safer. Instead it is the loss of societal trust that threatens the food safety system. Consumers expect zero risk, which is impossible: after all, risk is part of life.

It is the loss of societal trust that threatens the food safety system. Consumers expect zero risk, which is impossible: after all, risk is part of life

Risk assessment supports policy makers by informing value-based decisions with fit-for-purpose scientific advice and must be kept separate from politics, Dr Url said. Communicating results of risk assessments transparently, timely and accessibly is essential and, together with rigorous science communication, builds the foundation of a trustworthy public risk assessment organisation.

However, scientific and technological advances in regulatory risk assessment will not be enough to fulfil the needs of policy makers in the future, he contended. Society wants additional evidence to be visibly assessed and integrated in policy decisions. Food safety is therefore essential in the design of our future food system, in order to feed the growing population.

Advances in high-throughput DNA sequencing have delivered accurate sub-typing protocols that can be deployed to track foodborne pathogens across the food chain, while describing the associated microbial communities from which they have arisen. These advances are replacing traditional microbiology and have changed the approach to foodborne disease surveillance and human health risk assessment.

Harnessing the power of molecular epidemiology is transforming management of foodborne infectious disease, while big data analyses are leading to unprecedented evidence-based decision-making in both food safety and food quality. The era of precision food safety has arrived and will ultimately redefine risk assessment.

More instances of food adulteration and fraud can be expected in the future, according to Dr Diane Benford, Vice chair EFSA Scientific Committee, Italy. Risk assessment, she maintained, is needed to determine whether there are hazards to the consumer – especially for toxicity data.

Novel methods of collecting data are coming on-stream, but risk assessors must be confident that the data are robust. Climate change, for example, may alter dietary exposure to toxins, including aflatoxins; and these often comprise multiple chemicals. However, data is limited to assess toxicity and to support cumulative risk assessment.

Innovation in the food industry and other sectors may introduce new chemical contaminants into the food chain, increasing challenges for food regulators

Innovation in the food industry and other sectors may introduce new chemical contaminants into the food chain, increasing challenges for food regulators. Examples include chemical contamination from nanomaterials, intelligent packaging, 3D printing and synthetic biology.

The food system is in transition, stated Dr John Bell, DG Research & Innovation (R&I) at European Commission, Belgium. He believes a systemic approach is needed in order to future-proof the food system in the areas of consumer trust, environment, health, climate change, resilience and fairness.

There is growing demand for safe and nutritious food and increasing competition for biological resources and biomass. Globally, there is increasing scientific consensus regarding future-proof food system pathways, such as promoting sustainable and healthy diets, supporting the protein shift, tackling food waste and packaging, valorising microbiome research and transforming urban food systems.

Europe’s food safety is arguably the best in the world and EU policies like the FOOD 2030 R&I policy framework are mobilising the Commission, Member States and the private sector to keep it so. Technology, such as big data analytics, block chain, sensors, new methodologies and open data policies will all play a big part.

The role of the gut microbiome

The gut microbiome is the most abundant biological entity present at the nexus of food poisoning, where pathogen, food and host meet, Dr Colin Hill of APC Microbiome Ireland, University College Cork, explained. Every microbiome is unique, composed of thousands of microbial species. If an incoming pathogen is to survive and thrive, it must first deal with this competitive environment.

The microbiome is crucial in determining the outcome of exposure to food pathogens, and microbiome-based solutions can act as an additional defence against orally ingested pathogens. Phage therapy is selective, with exciting applications in controlling mastitis in cattle, Salmonella Enteritidis in chicken, drug-resistant Mycobacterium abscessus in humans, and reducing pre-formed biofilms on surfaces.

Dr Hill suggested that a paradigm shift is needed because the current regulatory framework (EFSA, FDA) is not always appropriate to deal with microbiome-based interventions involving complex biological compositions and food and feed-based solutions.

The microbiological safety sessions comprised 14 presentations that explored several themes. Among these were the topics of foodborne viruses, regulatory gaps and future controls.

One session explored the pros, cons and challenges associated with virus detection in food and water. Noroviruses and hepatitis A virus are responsible for most well-characterised foodborne virus outbreaks. Molecular methods are available for detection of these viruses in foodstuffs and water, but the significance of genome copy detection versus health risk has yet to be determined.

Improved methods for early foodborne outbreak investigation are in development, but will require validation against the ISO standard. Moreover, protocols for next-generation sequencing characterisation of outbreak-associated samples must also be created, harmonised and validated.

Control measures for viruses in the food chain are needed, but much is unknown regarding their effectiveness, performance validation, and the required action on a positive virus test result.

Another set of presentations focused on antimicrobial resistance. One session entitled ‘The Dutch approach to reducing the use of antimicrobials in livestock’ outlined how some antimicrobials, which are critical for human health, have been reduced to almost zero by Dutch farmers/veterinarians.

The reduction was achieved with the implementation of improved infection and health control measures, and the replacement of group treatments by individual treatments where possible.

The last presentation was on transposon-directed insertion-site sequencing (TraDIS screening) of a Salmonella (S.) Tennessee outbreak. Between 2006 and 2007, 628 people became infected with S. Tennessee following a multistate outbreak associated with two brands of contaminated peanut butter.

In the study, S. Tennessee CFSAN001387 was subjected to whole-genome transposon mutagenesis to functionally characterise every gene in intra-macrophage growth environments.

A total of 250 bp reads were produced by Illumina sequencing using a HiSeq in rapid run mode. Bioinformatic analyses were carried out to govern the insertion index per gene and the distribution of insertions across the genome during infection. 160 previously uncharacterised genes were identified as crucial during infection.

Identifying the genomic traits accountable for phenotypic virulence from the underlying genome sequence alone is tricky. The speakers explained that they used functional phenotypic assays of transposon mutants to characterise both known and unknown virulence loci. Bioinformatic analyses identified lethal insertions for which no viable mutants were recoverable under standard laboratory growth conditions.

By extending this technique to macrophage infections, the team were able to confirm previously known loci such as Salmonella ‘pathogenicity islands’ as essential for long-term infection.

In parallel to the microbiological focused session, a series of talks on chemical safety was presented.

One discussion centred on safe and sustainable food and feed via an integrated toolbox for smart mycotoxin management.

Food and agricultural industries are susceptible to mycotoxin contamination from fungi and climate change is exacerbating the problem.

Losses and waste along the food and feed chain can be prevented, and traceable information to the supply chain and consumers provided, via the use of communication technology. This is the goal of MyToolBox, a four-year project funded by the European Commission. It pursues a field-to-fork approach and considers safe-use options of contaminated batches, such as biofuel production.

A core aim of MyToolBox is to provide the recommended measures to end users along the food and feed chain in a web-based e-Toolbox. In cooperation with China, the project also considers the genetic resistance to fungal infection, cultural control, the use of novel biopesticides, competitive biocontrol treatment and the development of forecasting models to predict mycotoxin contamination.

Four presentations were made under the heading ‘challenges in official control of chemicals’; the final of which discussed resolution of food/feed technical disputes in the UK where the regulatory landscape is complex.

The presentation described Government Chemist referee processes and casework in recent years, assessing the performance of the technical appeal safeguard and the control system in the cases where appeal has been invoked. The appeals cover a range of areas including food allergens, contaminants and GMOs. 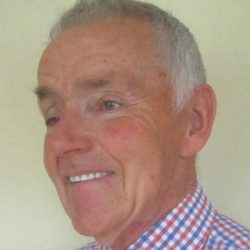 Ronan Gormley is an Adjunct Professor in the School of Agriculture and Food Science in University College Dublin. He is a graduate in chemistry (BSc and PhD) but has worked in food science since 1966. He currently specialises in sea foods, fruits, vegetables and dissemination. He has 671 publications including 140 peer reviewed papers and has wide experience of EU Framework and National food science and related research programmes. 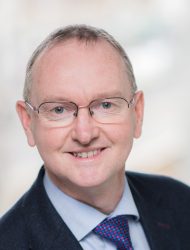