Robin Whitlock explores the potential solutions to ensuring sustainability in the world of coffee retail through techniques such as using pre-heated solar thermal heated water. 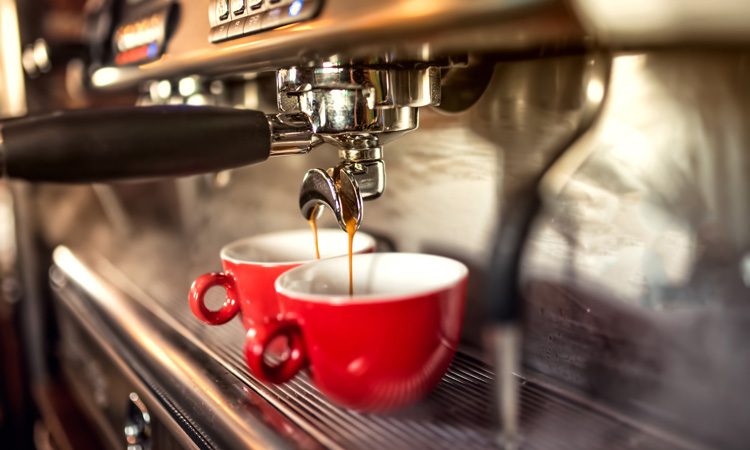 Coffee was first introduced to the British Isles in the 17th Century. The beverage became so popular that coffee houses rapidly began opening across the country with the first ‘cafe’ opening in Oxford in 1650. These were places where people from all walks of life, but particularly intellectuals and experts, discussed a wide variety of interesting topics with engineers, architects and other experts from across the intelligentsia.

Today, over 70 million cups of coffee are drunk by Britons each year. Globally, the amount of coffee drunk rises to over 400 billion cups per year. According to a 2018 study by the British Coffee Association (BCA), 65 percent of the coffee drunk in the UK is consumed at home, with another 25 percent consumed at work or while studying, and the remainder consumed in retail coffee stores, especially big brands such as Starbucks and Costa Coffee.

With concern about the climate increasing, it is perfectly reasonable to start asking if there is an alternative to keeping water constantly on the boil, as used by barista coffee machines. For some of the country’s plumbing and heating engineers, one solution is renewable energy – in the form of solar thermal.

When it comes to the energy consumed by having to boil water for all that coffee, there is an awful lot of greenhouse gas emissions being given off into the atmosphere…

“Water is extremely energy-intensive to heat up,” said plumbing/heating engineer Nathan James Van Gambling. “I am not sure how many people actually realise that. It is the most energy-intensive common substance to heat up, with only a few other substances or elements that have a higher heat capacity.”

For years, Van Gambling and his colleagues, Eric Hawkins and heating engineer Rob Berridge and many others, have been advocating solar thermal as a much-needed alternative to conventional fossil fuel energy generation. Van Gambling lectures regularly on this subject as well as producing his own podcasts, while Hawkins designed his own thermal store and solar thermal collector which has been operating successfully in his house for the past 19 years.

One of the major problems is one of perception – when people think of solar energy, they usually think of solar photovoltaic (PV) panels. However, while PV uses the visible light on the electromagnetic spectrum in order to generate electricity, solar thermal utilises invisible infra-red light for renewable heating and hot water. Van Gambling and his colleagues believe that if coffee houses were to replace their barista machines with pre-heated solar thermal heated water via a thermal store, they could maintain a constant flow of pre-heated water at mains pressure, thus reducing electricity, CO2 emissions and money.

“Solar thermal collectors collect heat which is converted to hot water through a heat exchanger,” Van Gambling explained. “These can be located on a roof, wall or they can be ground-mounted; facing a direction of between SSE to SSW, at an angle between 25-40 degrees.”

The hot water is then transferred directly to an open-vented thermal store and then returned at a lower temperature back to the solar thermal collector in order to continue the flow of solar-heated water. The thermal store works like a Combi boiler, but with stored water delivering both hot water and heating from a single appliance. It utilises an internal hot water spiral heat exchanger made out of either copper or stainless steel pipe. These coils are suspended in non-potable water in the store, which is heated by solar thermal collectors on the roof, with electric immersion heaters or gas/oil boiler as back up.

As long as the secondary (dirty) hot water in the thermal store can be sustained at 65-70ºC, you can draw any amount of hot water at any time. When the store temperature drops to below 40ºC, there is no more useable hot water value in the store, so it needs to be re-heated back to 60-70ºC.

“Coffee houses or any business that needs thousands of litres of hot water at boiling temperature would need to invest in an open-vented thermal store that would allow as much solar thermal heated water to heat the store without any other back up,” explained Hawkins. “The cold mains water that ordinarily would be heated to 80-100ºC by an E boiler is now connected to the outlet of the heat exchanger coils located in the thermal store. The cold mains water is heated indirectly through the thermal store, which is itself heated by the solar thermal collectors on the roof or another location.

“In most days in the UK, a solar thermal/thermal store HW system can provide a minimum of 10-15ºC during winter days, while on clear blue sky freezing days, can heat to 50ºC.”

In Hawkins’ own thermal store design, manufactured by Newark in Nottingham, stainless steel coils of 10 and 15 metres are joined together from outside by a flow meter. The coils are 28mm ID to provide a good external surface area for the store water to heat the mains cold water passing through the bottom coil, as a pre-heat to the second coil of 15 meters long. The concept of this two-coil design is for the bottom of the thermal store to gain maximum heat input from the solar collector

“If you imagine the hundreds of thousands of coffee shops all over Europe, if they were pre-heating their water with solar thermal, that would be a massive energy saving,” said Van Gambling, “and obviously also a massive saving in carbon emissions. As sunlight hours increase from the end of February, the greater the hours solar keeps working, with up to 80ºC pre-heated water.”

At the moment, no-one is discussing this with the big retail coffee chains. However, it seems this idea is now of its time, so perhaps someone should start mentioning the subject. The benefits are many – a reduction in energy consumption, carbon emissions and cheaper energy bills. What business, of any size, would not want that? 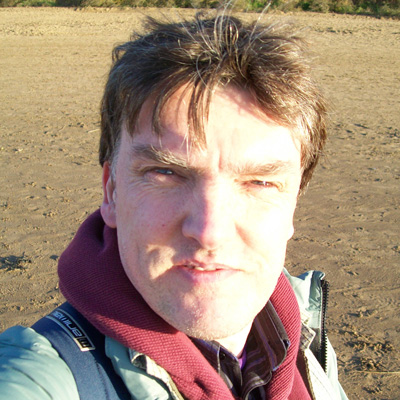