How can Industry 4.0 help the food and beverage industry?

Keith Thornhill, Siemens Digital Industries, Head of Food and Beverage, discusses why it is time for manufacturers to embrace the smart factory. 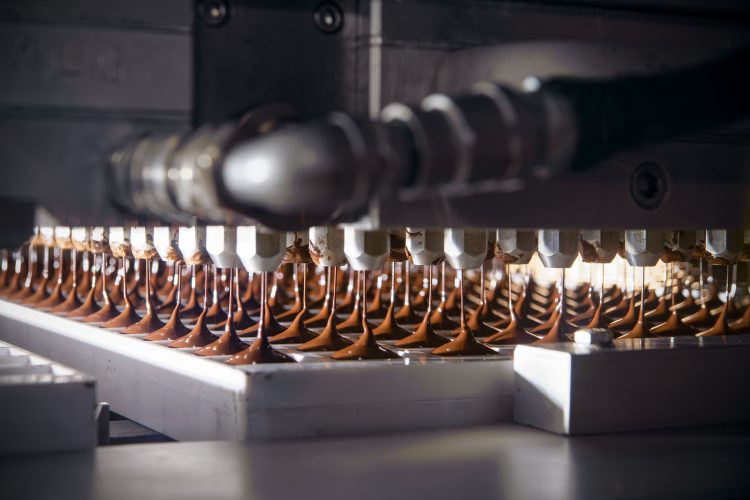 Whenever I am asked about why food and beverage manufacturers should seriously consider the benefits of investing in advanced technologies, I often describe the scenario of a commercial bakery at full speed at five o’clock in the morning.

As the loaves are carried on conveyor belts towards automated slicers and wrappers, someone on the line spots that something isn’t right with the product. Upon further investigation it is revealed that an unusually cold night has seen the factory temperature drop a couple of degrees more than anticipated. As a result, the dough has failed to reach its optimum proving temperature of 34ºC and therefore has not risen sufficiently. Consequently, the entire batch is ruined, the morning delivery is delayed, customers are very unhappy and the entire production process is now off schedule.

In incredibly thin-margin sectors like baked goods and confectionery, this type of situation can be all too common, yet many manufacturers chalk it up to bad luck and revert to the same methods and processes they have always used. But what if there was a way to ensure much higher consistency of product, eradicate conveyor belt collisions, prevent avoidable downtime caused by machine failure and cut energy costs by 30 percent? What if temperature and timings could match ambient conditions automatically without disrupting the whole operation? What if you could deliver bespoke supply trays, pallets or boxes of mixed products and deliver them to a client the following week or even the same day?

The fact is that the technologies required to deliver such transformational changes within manufacturing already exist, yet the food and beverage sector is yet to fully embrace the potential of Industry 4.0. The reasons for such resistance are understandable. Fear of disruption to what is considered an already highly optimised process is one of the main objections. The lack of a guaranteed and quick ROI is another, as is a concern that staff will not be skilled enough to maximise the investment in technology. Moreover, when you initiate discussion about monitoring equipment and the possibility of linking them together via a remote interface to capture ‘big data’, concerns about cybersecurity often arise. Furthermore, given that products go directly into the human food chain, the prevention of tampering – physical or digital – is paramount. By embracing more digitalised production methods, some manufacturers also fear they will lose ‘brand heritage’ or abandon traditions.

However, in my experience, once a food manufacturer invests in some initial equipment monitoring tools, which immediately starts to calculate where productivity gains can be made, where energy costs can be cut, and how you can reduce the amount of downtime through more predictive maintenance, then the potential of digitalisation becomes clearer and more appealing.

At the Siemens’ Digital Talks conference held in Liverpool earlier this year, Ocado and Amazon demonstrated the shift towards mass customisation and on-demand food retailing, which will inevitably impact the way food is produced and distributed. Digitalisation can help address this trend. For example, the traditional approach to new product development necessitates consideration of not only the product R&D stage for the formulation, but the challenges of commercially viable scale-up of production, packing and distribution. The 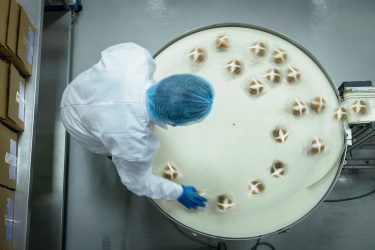 amount of ‘known unknowns’ are numerous: how many can we make per hour? What might the demand be, and how can we meet it? Will we have sufficient margin to make any money on this product? It will also entail wrestling with packaging design, labelling, branding and other activities that come with financial risk and logistical headaches.

Digitalisation can streamline this entire process by visualising each stage, testing and ratifying different options, stress-testing the business model and mapping out the most efficient production process end-to-end. We call this the ‘digital thread’, which runs through every part of the product development cycle. It helps companies to base decisions on robust evidence rather than rough estimates, and should the need arise to go back and tweak different elements to achieve a more cost-effective or higher margin result, they can.

Another area where Industry 4.0 can make a significant difference in the food and beverage sector is with regard to compliance and product provenance. Products containing high levels of sugar, soft drinks and baked goods are all subject to tight regulations, and the subject of food allergens – from both a labelling and quality control perspective – is high on the food and beverage agenda. These issues impact every aspect of the food and beverage production process – from developing new formulations to reduce sugar, salt and fat levels, to ensuring that every batch produced can be fully tracked and traced in terms of the provenance of its ingredients.

In response, manufacturers must become more agile and adaptive. Take, for example, a business having to respond to the sugar tax and working on a new formulation with the aim of it tasting the same in order to keep loyal customers happy. While efforts are being focused in the development kitchen, no-one has considered how a new, lower-sugar version of the product might behave within the existing production set-up. The melting point might be lower, the viscosity might be different, and it could take longer to solidify. Suddenly, the pipes that achieved a consistently smooth flow are becoming clogged, the curing time has increased, and the cost per unit has dramatically increased. Subsequent delays in production also have a knock-on effect with their customers, and suddenly the entire product line has become commercially unviable.

However, using a ‘digital twin’ approach enables manufacturers to develop the lower-sugar version in a virtual factory. This provides a more accurate picture of how the new formulations will react and how a company might need to adjust its current systems. Kinnerton’s Easter egg factory in Norfolk recently worked with Siemens to improve its production line. Previously, its system featured a mixture of technologies, some of which were ageing and difficult to maintain, resulting in performance issues and challenges in maintaining product consistency. It sought a solution based on retrofit rather than ‘rip and replace’, so we explored a Totally Integrated Automation (TIA) approach. This entailed using a series of monitors that integrated several elements of a Kinnerton line into a single motion control system, giving Kinnerton a real-time picture of the whole production process for the first time.

By seeing more clearly where they had capacity, why bottlenecks were occurring, and how out of sync many of their production processes were, they were able to improve productivity on the line by 15 percent. Kinnerton did not regard this as embracing ‘Industry 4.0’, but rather a form of optimisation on one of its lines via clever boxes with the word Siemens stamped on them. I would argue that what we achieved with Kinnerton is the same first step on the digitalisation journey that many of the UK’s food and beverage manufacturers should be considering. And once you take that first step, who knows where it might lead?

Keith Thornhill joined Siemens in 2001 as a business development manager. As Head of Siemens Food and Beverage Automation, he is responsible for identifying the operational efficiency and production flexibility benefits that integrated automation technology and the digital enterprise will deliver to food and beverage manufacturers. 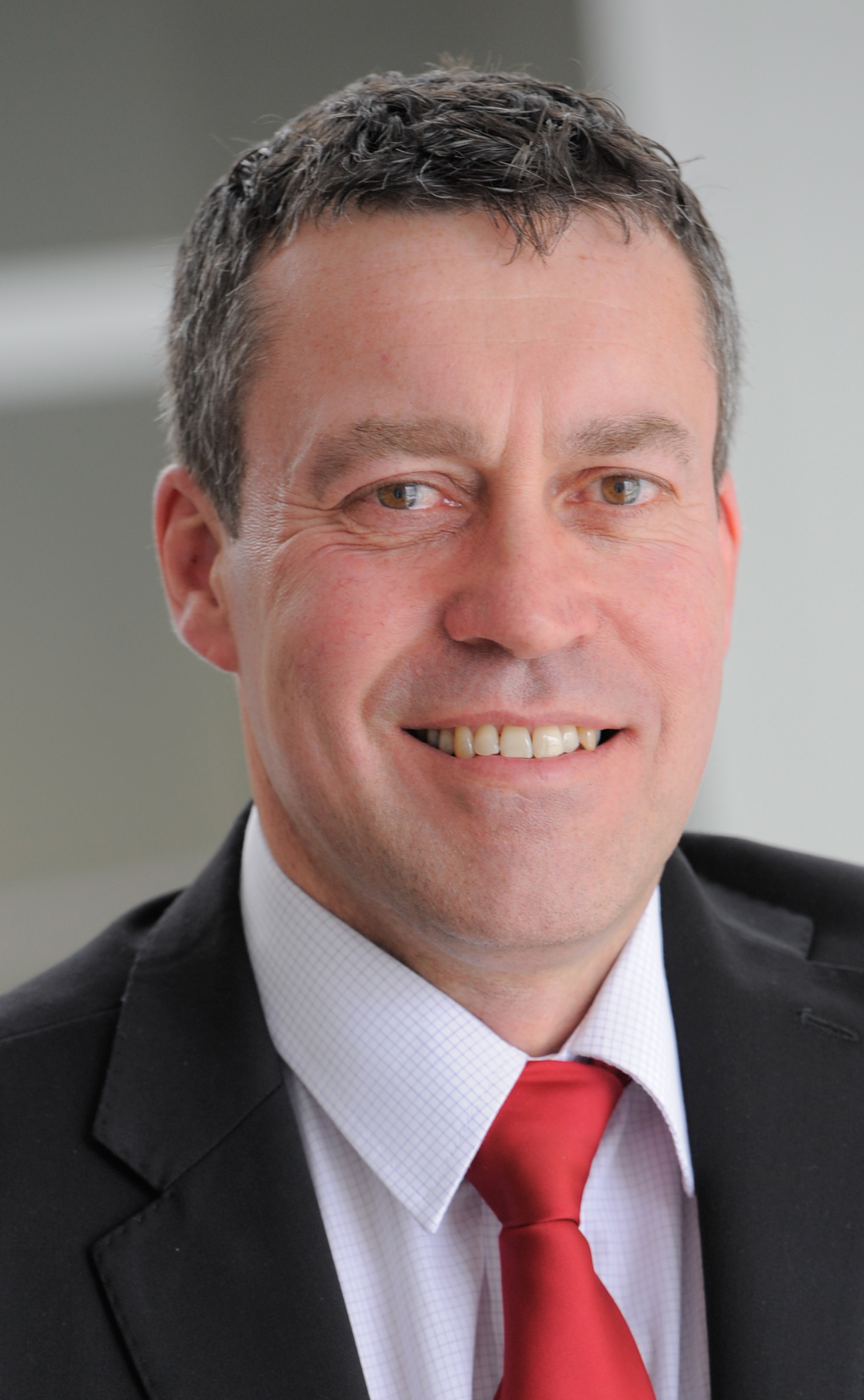