The International Stevia Council offer an insight into how stevia might present a natural solution to the sugar intake problem and the role of food labelling in this. 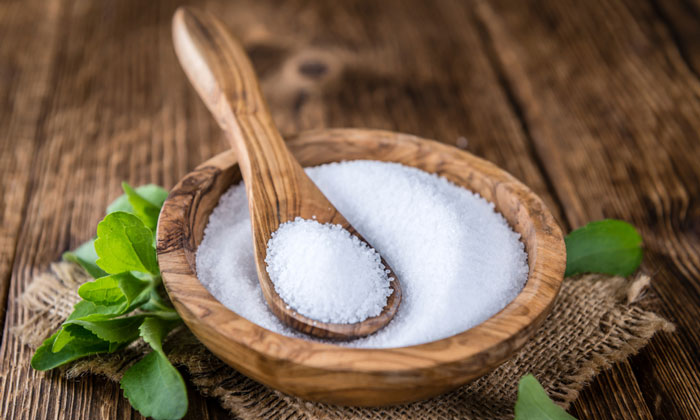 In the age of information, details matter. In almost no industry is that more obvious than in food manufacturing. Consumers aren’t satisfied with a mystery cocktail of processed substances and, if given the choice, will always opt for the clear list of specific ingredients in a product.

The U.S. federal government has stepped in and will soon enforce stricter food-labelling requirements. Consumers will have at their fingertips the information needed to make smarter, healthier decisions.

Many companies see an opportunity to comply with the new food labelling law. Healthy living isn’t a fad. It’s a new way of life. And for forward-thinking food manufacturers, it’s a new way of doing business. New food-labelling requirements could be a much-needed nudge toward healthier consumer products. It’s the companies that step up to the challenge who will reap the benefits.

The potential for innovation is endless, and everyone from consumer to manufacturer stands to benefit.

Sugar reduction is an easy starting point – especially as naturally based sugar alternatives like stevia extract are more prevalent than ever. The potential for innovation is endless, and everyone from consumer to manufacturer stands to benefit.

The U.S. Food and Drug Administration has been caught in a tug-of-war between food manufacturers clinging to high-sugar recipes and food nutritionists who say transparency is key to healthier lifestyles. At issue is a 2016 FDA rule requiring food labels that more clearly define the risks to consumers. In short, if a food product is high in calories from sugar, it will be glaringly obvious to the consumer. Three key changes are listed below:

At the time of this writing, the new food labelling law should be applied by May 2021. Food manufacturers, therefore, have therefore time to smartly execute their labelling strategies. Many are likely to seize the opportunity to rejigger their recipes to appeal more to a generation of health-conscious consumers.

Food manufacturers have found themselves at the centre of a raging debate over public health. By some estimates, diseases traced back to high-calorie diets have reached epidemic levels. According to the World Health Organisation, global obesity rates have more than doubled since 1980. Roughly 2 billion adults worldwide are considered overweight, and a staggering 42 million children under the age of 5 are overweight.

While the United States has been slower than other nations to adopt policies to curb sugar consumption, it remains one of the leading countries for rates of diabetes, according to the International Diabetes Federation. In its 2015 World Atlas on Diabetes, the organisation put the United States third – behind only China and India – with nearly 30 million people suffering from diabetes (more than 9 percent of the country’s population). Without change, the problem appears to be accelerating. In the United States alone, roughly 1.4 million Americans are diagnosed with diabetes each year, according to the American Diabetes Association.

All of this brings us back to steps that governments and private companies are taking to slow down and eventually reverse the trends. Some companies have been taking a proactive approach to curbing high-sugar recipes, even before the new food labelling laws. Those companies have been researching and implementing solutions for years. You’re seeing more and more products each year with zero-calorie sweeteners like stevia.  Between 2008 and 2016, stevia product launches increased from 247 to 2,949 worldwide, representing a 13% increase over product launches in 2015 and an overall 36% increase on product launches in the past 5 years.

Forward-thinking food manufacturers will embrace that trend and be more than willing to comply with new food labelling rules by 2021.

Where does stevia come in?

Food manufacturers are already on the hunt for ingredients that cut calories without sacrificing taste. And if they can find an ingredient with a natural halo, then all the better. Consequently, we’re likely to see increased use of stevia extract, which has no calories, is naturally derived and delivers a powerfully sweet punch when used in food products.

So what exactly is stevia extract?

Stevia itself is a small shrub native to the region of South America where Paraguay, Argentina and Brazil meet. The sweetness found in the stevia plant is released through an extraction process very similar to the one of sugar. Stevia is approved in more than 100 countries and more than 5 billion consumers have access to stevia.

Stevia provides not only flexible formulation across all F&B categories enabling great tasting products with deeper calorie reductions, 30%, 50% and even up to more than 50% calorie reduction but also a growing range of category specific solutions.

The result is a naturally sourced, high-intensity sweetener that is zero calorie and up to 350 times sweeter than sugar.

The result is a naturally sourced, high-intensity sweetener that is zero calorie and up to 350 times sweeter than sugar.

Consumers see stevia as promising. According research conducted by the International Stevia Council, “naturalness” and “sustainability” are attractive features on food labels. And awareness of stevia is on the rise. The research (based on a 2015 online global consumer survey), stevia was the second-most-discussed low- and no-calorie sweetener, behind only aspartame. Further, compared with other non-sugar sweeteners, online mentions of stevia were the most positive.

A fresh start for branding

Of course, consumers won’t be the only ones to benefit from an influx of healthier eating options. Brands themselves stand to benefit from refreshed product images that use less sugar. Research shows that consumers are already gravitating toward healthier food labels, and the looming rules change is likely to accelerate that trend.

According to the Food Marketing Institute, 66 percent of Americans are already screening their food products for unhealthy ingredients. And the Food Insider Journal reports that more than seven in 10 customers are willing to pay a higher retail price for food or drinks containing trusted ingredients.

All of this adds up to huge opportunity for food manufacturers. In addition to launching new, healthier food products, brands have an opportunity to improve existing ones. Recipes that have been reformulated with stevia, a naturally-sourced, zero-calorie sweetener could be a strong lure for loyal and new customers alike. The potential for rebranding campaigns should give food manufacturers much to be excited about.

With stevia, food manufacturers can label their food as containing a naturally sourced ingredient, and customers who are scanning for calorie-count will be naturally drawn in. As the deadline to update food labels draws closer, it pays to keep that in mind.

For more information about the science behind and the benefits of stevia as a naturally based sweetener, visit www.internationalsteviacouncil.org.