Too much sugar, too little imagination

The sugar issue is unavoidable at present no matter which continent you live in. Alex Murtough, Field & Marketing Manager at Oppo argues that the fight to reduce intake simply isn’t working… 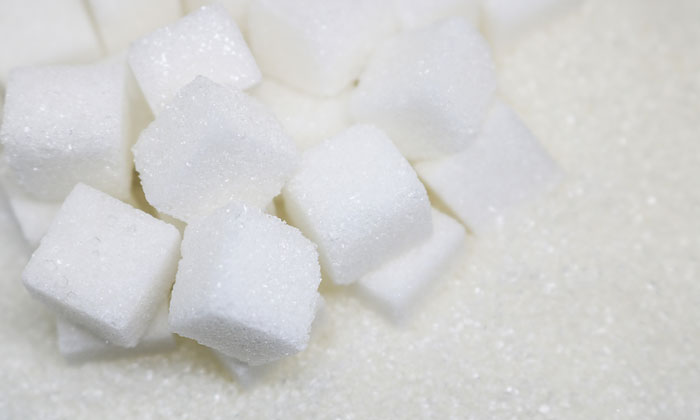 Sugar – the modern-day salt – and we all know that we’re eating far too much.

This is having disastrous consequences on our health.

In a world where hundreds of millions suffer from undernourishment, the UK is in the grips of an obesity crisis, with a staggering 1 in 3 children starting secondary school overweight or obese. We really are experiencing the paradox of having just too much.

But what can be done?

And the Sugar Tax? Politically-motivated and with similar levies across the world failing to reduce consumption (just look at Denmark’s ill-fated ‘Fat-Tax’), we’re unconvinced that it’ll have any meaningful effect on reducing the nation’s sugar habit.

Well, what else? In lieu of the government deciding not to extend the forthcoming sugar levy beyond sugary drinks, Public Health England are attempting a different approach. Working collaboratively with the UK’s food industry, last month PHE released their official 2020 sugar reduction targets. Across 9 food groups, including confectionery, puddings, and ice cream, PHE are calling on food manufacturers to reduce the sugar content in their products by 20% by 2020. PHE say that achieving this will be beneficial for both the nation’s health and its economy.

We’re unconvinced that it’ll have any meaningful effect on reducing the nation’s sugar habit.

And we couldn’t agree more.

It’s essential and about time that the UK’s food industry took ownership of and responsibility for the problem, and recognised that it has the capability to provide the solution.

However, although admirable, we’re not sure if these targets will result in any meaningful reduction in the nation’s sugar consumption.

Let’s look at the facts.

Firstly, what’s the punishment if a manufacturer doesn’t reduce their products’ sugar content by 20%? You’ve got it. Nothing.

Secondly, how are the UK’s food manufacturers going to reduce their products’ sugar content?

Within the industry, the popular consensus seems to be to reduce portion sizes of single-serve products. That’s right. Forget innovation, just sell less for the same price. A poor deal for the consumer, this seems more like a racket than a meaningful solution to a national crisis.

What’s the punishment if a manufacturer doesn’t reduce their products’ sugar content by 20%?

Another idea touted has been for food manufacturers to actively push the products in their range which contain the lowest amounts of sugar. A good idea, but we’re sceptical. Large multinational manufactures growing a social conscience at the expense of their sales figures? We’ll wait in hope.

And you’re spot on. There is something missing.

Whilst the UK’s large food manufacturers are happy to discuss portion sizes and marketing campaigns, they’re less inclined to talk innovation. This is because most believe that reducing sugar content will mean a compromise on taste and texture. Well, we disagree. Our products at Oppo, just like a whole range of other Sugarwise-approved products, contain vastly reduced amounts of sugar.

It’s clear that taste and texture aren’t reliant on sugar.

Now this isn’t to say that there aren’t bright spots. Nestle’s recent announcement that they’re cutting 10% of the sugar from all of their snacks by 2018 was welcome news, however we need more. A small number of successes will do little in achieving PHE’s 20% reduction target across 9 major food categories by 2020.

If the UK’s food industry won’t step up to the challenge, what can be done?

For us, it’s clear that either the PHE or government need to take more direct action. Here are three options.

One option could be to have an annual and public review of the industry’s progress towards achieving the 2020 targets. Not only would this keep the issue alive and relevant, it would highlight the categories and manufacturers that need to make a more concerted effort if the 2020 targets are to be achieved.

Why not cut the VAT from the standard rate of 20% to the reduced rate of 5% on all lower sugar products?

Another option could be for PHE to publicly highlight, in real time, the manufacturers who achieve the 2020 targets. The incentive of publicity can be a very effective motivator and it would also give consumers a little more knowledge in navigating a crowded food market to find the products which are lower in sugar.

And there’s one more option and it’s probably the most obvious. Innovation isn’t cheap and it’s inevitable that costs have to, at least in some part, be passed onto the consumer. In January, we released YouGov research which showed that 30% of Brits cannot afford to eat healthily. It’s clear that price is a barrier for many wanting to make healthier choices. Why not cut the VAT from the standard rate of 20% to the reduced rate of 5% on all lower sugar products? Find out more at http://www.donttaxhealthy.org/

So, we’re calling on the UK’s governing bodies and food manufacturers to change their mindset. It’s essential for the health of the nation.

Cutting our sugar consumption is possible. Sometimes you just need a little imagination.