Why blockchain might be the answer to tackling food fraud

What role might technologies such as block chain play in ensuring food safety and tackling food fraud? How might the food industry utilise new tech to reassure consumers that it can be trusted? 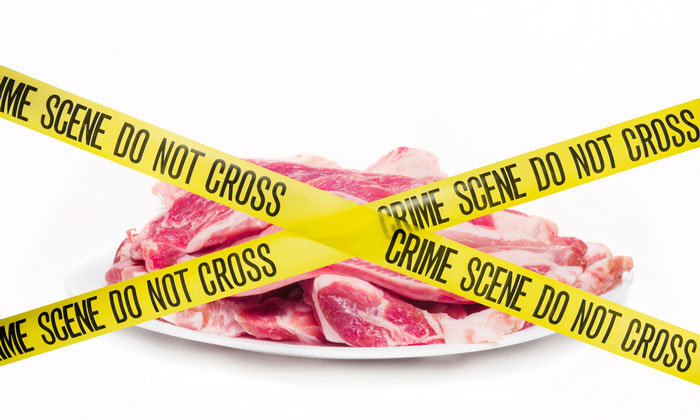 Contamination, be it deliberate or accidental, of food produce has extremely significant implications in the 21st Century.

Following the 2013 horsemeat scandal that tore across Europe, consumer trust in the food industry plummeted. Prior to the scandal it is thought that 90 percent of the consumer population felt confident when purchasing food at the supermarket. Now, though, the number has dropped to seven in ten.

Further to this, according to a report from The Guardian, a British newspaper, 38 percent of supermarket foods were found to be mislabelled or fraudulent, which inevitably tarnishes the retailer’s reputation.

What was the horsemeat scandal?

The horsemeat scandal swept across Europe in 2013 during which food products advertised as containing beef were found to contain undeclared or improperly declared horsemeat – as much as 100% of the meat content in some cases such as Findus’ Lasagna to name one example. The issue came to public attention in January 2013 when it was reported that horse DNA had been discovered in frozen beefburgers sold in several UK supermarkets. It must be noted that the issue is not that horsemeat is harmful to health as it is eaten in many countries. It is the fraudulent practice and mislabelling that provoked outrage. The horsemeat scandal was ultimately a polemic around trust and analysis at the time stated that 23 out of 27 samples of beef burgers also contained pig DNA. This was particularly shocking for the Muslim and Jewish communities.

This major breakdown in the traceability of the food supply chain presented the risk that more harmful ingredients could have been included as well.

The horsemeat scandal was ultimately a polemic around trust…

The horsemeat scandal embodied food fraud as a concept; an example of the conscious misleading of consumers and fundamental compromise of transparency and food safety. This is not acceptable but continues to occur across Europe and the world.

A study by PwC and Safe and Secure Approaches in Field Environments (SSAFE) found that food fraud is estimated to be a $40 billion problem per annum. In addition, it is alleged that in the UK alone, fraud costs the food and drink industry up to £11 billion per year according to research by PFK Littlejohn. By tackling fraud, the food and drink industry could therefore boost profits by £4.48 billion. Similar statistics can be proportionally scaled up for the US market in terms of how much fraud costs the economy.

So how do we stop food fraud?

Bitcoin magazine recently published an article entitled “Burgers on the blockchain” arguing that tech and in particular blockchain might have a role to play in ensuring the safety of our food.

Speaking to Bitcoin Magazine, Sean Crossey, associate digital marketing analyst at arc-net, said that the scandal brought into focus the gaps in knowledge relating to the food supply.

“As the issue of counterfeit products and fraudulent activity became more and more prevalent in our marketplace, there was a real need to address the gap in information relating to supply chain activity and brand authenticity,” he said.

So what role might blockchain be able to play?

According to Investopedia, blockchain technology can be defined as a:

“Public ledger of all Bitcoin transactions that have ever been executed. It is constantly growing as ‘completed’ blocks are added to it with a new set of recordings. The blocks are added to the block chain in a linear, chronological order. Each node (computer connected to the Bitcoin network using a client that performs the task of validating and relaying transactions) gets a copy of the block chain, which gets downloaded automatically upon joining the Bitcoin network. The block chain has complete information about the addresses and their balances right from the genesis block to the most recently completed block.”

This may be a little hard to digest but in essence, blockchain’s relevance to the food industry is as a guarantor of openness and transparency and a means of tracing transactions from the very first to the last. This principle could and should, many argue, be applied to food to ensure that the consumer can track their food through the supply chain and know exactly where its been to avoid future scandal. 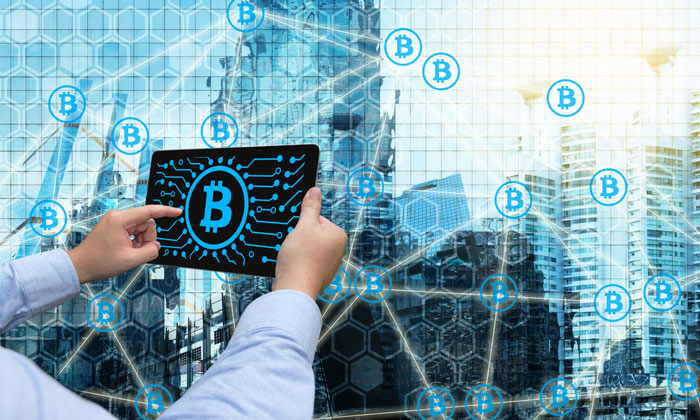 One theoretical application might be through the use of DNA markers.

Analysis of a DNA sample from an animal, let’s say beef as this was the main issue specifically in the horsemeat scandal, is able to provide key markers: its country of origin for example. A digital copy of that DNA can then be attached to every item or product an company creates, which brings traceability to the item level, rather than to an entire batch. As a result, there is the ability to track each item throughout the supply chain.

Subsequently, “the digital marker can then be cross-checked with the block chain record to ensure the product’s authenticity throughout its life cycle. The process allows producers to create a chain of custody,” as explained by Bitcoin Magazine in their case study of arc-net.

This brings traceability to the item level, rather than to an entire batch…

“Once the food lands on a retailer’s shelf, consumers can scan a QR code on the food package with their mobile phones to receive food safety information about the product, including details as to what is in the package and its origination.”

“This process helps organisations prevent fraud while delivering total traceability, cutting the costs of product recalls and reducing process inefficiencies,” said Crossey. “It ensures that retailers can guarantee the authenticity of the food that reaches their shelves.”

So this, we hope, has helped to expose the enormous potential of blockchain and the digital for ensuring food supply chain transparency and traceability as well as tacking the significant challenge of food fraud in the 21st Century.

With thanks to Investopedia, Bitcoin magazine.