Feeding Asia: An introduction to the increasing issue of food security in Asia

An introduction to our ‘Feeding Asia’ series. Its aim? To provide an analysis of the rising issue of food security in the world’s fastest growing region… 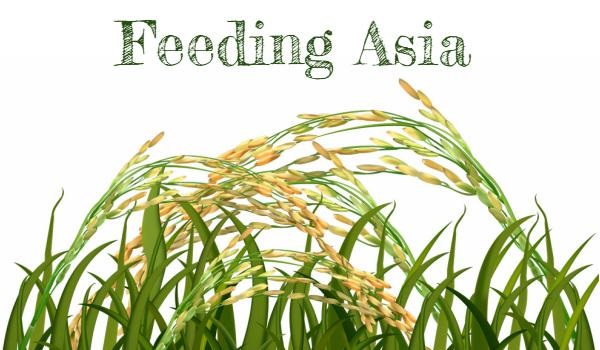 Welcome to New Food’s first regional feature of 2017. Entitled ‘Feeding Asia’ the aim of the series is to provide a detailed analysis of the rising issue of food security in the world’s fastest growing region in terms of population number.

To read our second instalment that focuses on population growth and evolution and its effect on food, click here… The rapid industrialisation of Asian nations over the last two decades or so has presented the region with huge statistical and empirical changes while concurrently creating significant challenges. The various and extremely diverse economies of Asia grew at an average rate of 7.6% a year between 1990 and 2010, far exceeding the 3.4% global average according to a report by the Asian Development Bank. In this period and continuing to the present day, many Asian nations such as China, India, Bangladesh, Indonesia have seen their populations grow at an incredible rate with China’s regulatory reaction, the ‘One-child policy’, only formally phased out in 2015 – their current population sits at around 1.4bn people. With that of India widely forecast to overtake this figure in the next decade or so, Asia’s regional population growth presents many obvious issues that pertain to the quantity of food and water required to feed the continent.

“All people at all times have physical and economic access to sufficient, safe, and nutritious food…”

New Food’s question in the first of our regional focus studies in 2017 is as follows: To what extent Asian food security will come to define its both immediate and long-term future as well as impacting significantly upon the rest of the world?

How do we define food security?

We might take a definition of food security as offered at the World Food Summit 1996 as a state where “all people at all times have physical and economic access to sufficient, safe, and nutritious food” to be exhaustive.

However, food security is a complex issue and built upon three primary factors:

In Asia we are see the radical alteration of patterns of food consumption which in turn is affecting food security. Despite economic growth, the region is still home to more than 60% of the world’s hungry. Not only is the Availability of food in the region evidently threatened by population growth but furthermore the Quality and nature of food expected by this population is rapidly changing. What we might call the middle classes of countries such as China, India, Malaysia, Vietnam – as well as the The Four Asian Tigers (Hong Kong, South Korea, Singapore and Taiwan) who were the first to industrialise – grow larger and wealthier as more of the population are lifted out of absolute poverty in line with socio-economic national progression. As existing production models in the region struggle to cope with an increasing demand for more, higher-value, more nutritious and more agricultural products the Asian market opens itself to prospective exporters. More than this, it becomes reliant on imports as regional resources begin to buckle under the changes. Furthermore, many of the more developed Asian nations as well as the Chinese economy have largely began to integrate several commercial, multinational brands such as Coca Cola, McDonald’s and Starbucks and this in turn throws a whole new dimension at the region’s food and beverage production and manufacturing habits. In essence, food security in Asia will require much more than simply raising food production levels.

The increasing urbanisation of Asian populations, notably in China as detailed further by The Economist, creates growing issues. Not only is arable land decreasing as cities explode, the larger the concentrated areas of population become, the greater effect it has on the climate. We can only throw guesses however, in an attempt to ascertain just how drastic an effect climate change will have on sustaining agricultural output in Asia.

Across the continent, between 60% and 90% of water is used for agriculture. That said, the share of household and industrial water consumption almost doubled between 1992–2002. The region would need an additional 2.4 billion cubic meters of water each day to provide each consumer with 1,800 calories per day by 2050 according to Asian Development Bank research. Overall, it is thought that rising average temperatures across the world, extreme heat events, rising atmospheric ozone levels, and other climate-related phenomena have a dangerously negative effect on Asian agricultural productivity.

As most of Asia’s poor live in agricultural areas and further spend almost three quarters of their income on food, an emphasis on rural development would increase productivity, food Availability and lift millions out of poverty. It is though that more than 112 million in Asia and the Pacific could have escaped poverty had food prices not increased between 2001 and 2010. Furthermore, the development of an efficient trade relationship with nations such as Australia, New Zealand and other strong agricultural exporters would alleviate the regional pressure on self-sufficiency.

Before we embark on our in depth regional analysis over the next few weeks, it must be said that providing a generalised examination of food security in ‘Asia’ is in itself, highly problematic. Asia is one of the most, if not the most, diverse of the seven continents and thus grouping certain trends, challenges and solutions under the umbrella of ‘Asia’ is often ignorant of regional diversity. However in terms of agricultural practice and the issues facing many of its countries, several of the demographic and economic changes and potential solutions can be applied to many of its nations and therefore we shall be exploring Asia as a region focusing on how demography and climate change might impact upon the continent and exploring potential solutions for the rising issue of Asian food security.

Look out for the next piece in New Food’s ‘Feeding Asia’ series next week as we take a look in particular at population growth and how demographic changes in the region will affect food production and consumption habits.

Asian Development Bank, Food Security in Asia and the Pacific

One response to “Feeding Asia: An introduction to the increasing issue of food security in Asia”