Oxfam: Solving the problem of the world’s exploitation of tea pluckers 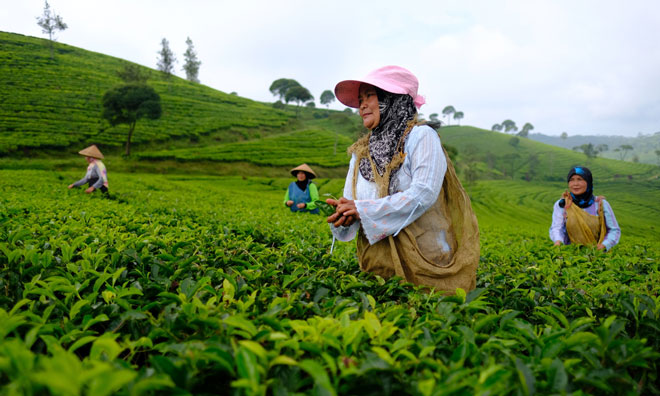 Having read the excellent but worrying blog post and report Oxfam published in 2013, the findings concluded that the tea production industry unequivocally exploits pluckers. We asked the author of the original post, Rachel Wilshaw, Ethical Trade Manager at Oxfam GB, what’s changed in the three years since the post and report were published and what can be done to resolve the issue of worker exploitation in the tea industry…

For the purpose of our readership could you briefly explain in what way pluckers were getting the raw deal?

The report outlined robust evidence based on the work of professional researchers (Ergon Associates) that the wages of tea pluckers in Malawi and Assam left workers below the international poverty line at household level, even though the wages paid met or exceeded the legal minimum, the tea estates provide in-kind benefits, and some of the tea is certified as sustainable. These findings were extremely concerning, and vindicated the concerns of NGOs and trade unions about workers being in ‘in-work poverty’. The findings were accepted by all stakeholders to the research.

Who is particularly at fault for this exploitation?

The report argued that no one party is at fault for this exploitation, the barriers to a living wage for tea workers are systemic in nature, and no one company or organisation is in a position to solve the problems alone.

For this reason, multiple stakeholders came together to form a coalition called The Malawi Tea 2020 Partnership, convened by IDH the Sustainable Trade Initiative. The coalition is unique in bringing together a critical mass of stakeholders with a vision of the industry and clear vision, goals and activities to achieve it, using SMART objectives and regular reporting. The coalition’s roadmap is underpinned by a Memorandum of Understanding. To put the problem of low wages in context in Malawi, this is one of the world’s poorest countries and 62% of Malawians live below the World Bank’s extreme poverty line. The tea industry is the country’s biggest employer and tea estate jobs are considered good jobs in this context.

“No one party is at fault for this exploitation”

These kinds of systemic issues are the reason why the parties formed a coalition to seek sustainable solutions to the problems identified.

“In two or three years from now I hope women working on tea plantations around the globe will start to experience real change,” was a particularly pertinent quote from the post. Has the situation improved and if so, how?

There have been some significant areas of progress. Progress to date includes:

Oxfam’s aim is to improve the competitiveness of the Malawian Tea sector so workers earn a living wage and smallholders are thriving, by 2020. The programme is supported by companies all along the tea value chain, including producers, buyers, traders and retailers. Also involved are the main certification schemes, civil society actors (including Oxfam) and trade unions in the sector. The partnership is endorsed by the Government of Malawi.

The partnership (signatories to the MOU) comprises the following:

This includes pillars for: TAML members now provide meals to more than 18,000 tea pluckers that are fortified with essential vitamins and minerals and supplemented with green vegetables, to improve workers’ nutrition. The vegetables are sourced locally so providing livelihood opportunities for women.

Dialogue between employers and workers’ representatives

Unions were forbidden in Malawi until 1994, and at the time of Oxfam’s study wage levels were unilaterally set by the tea industry. However since the coalition started work, a Recognition Agreement has been signed between TAML and the trade union PAWUM and the first ever Collective Bargaining Agreement was negotiated in July 2016. This is still a first step in a journey towards mature industrial relations, but an important and welcome one for worker representation.

More than 2,000 smallholders have been through a training programme called Farmer Field Schools.

The 2013 report named a few case studies including Malawi and Assam, India. Are there two nations or case studies that you could pick out for us as representing one success story and one situation that needs drastic support?

It is too early to describe Malawi as a success story, but it can be described as work in progress, as outlined above. In Assam, the challenges are if anything even greater, as the BBC highlighted in its August 2015 report, and I would say this sector is one that still needs drastic support.

Indonesia, the third country we focused on in the research reported on in 2013 was found to be less problematic in terms of low wages than Malawi or Assam. And other sectors have shown significant progress in recent years, for instance Sri Lanka.

The problem is complex. What can still be done to solve from an industry perspective?

Wages have increased but there is still a long way to go before the approximately 50,000 tea pluckers in Malawi earn a living wage. All signatories to the MOU made a commitment to ‘business practices that support the economic ability of employers to pay a living wage’.

Over the last year Oxfam has engaged in intensive dialogue with the signatories on what this looks like in practice, so that all parties in the value chain fairly share the cost of paying workers a living wage. We are looking to companies to make individual commitments to pay a higher price for Malawi tea or provide longer-term contracts that enable the producers to pay workers more. This is challenging given that the price of tea in supermarkets does not reflect the true value of the product and there is extreme competition in the market.

Working in coalition brings out the different perspectives of all parties and makes possible frank and open discussion about sustainable solutions.

What is Oxfam doing for tea pickers?