Dr Catherine Kwik-Uribe, Vice President, Scientific & Regulatory Affairs and Scientific Research from Mars Edge shares the initial findings of an in-depth study into our ageing global population; highlighting key takeaways regarding the health benefits of bioactives in our diet. 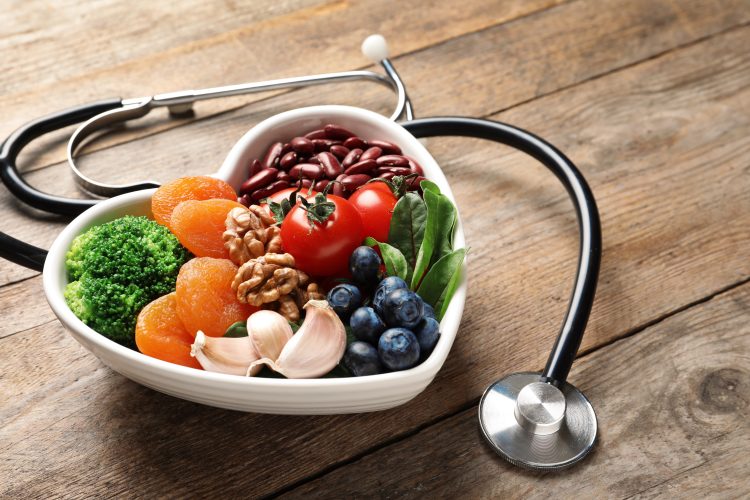 We’re living longer, but not necessarily healthier lives. Globally, by 2050, one in six people will be aged over 65, and the number of people over 80 is expected to triple.1 On average, men can expect to live 63.5 years in good health, while healthy life expectancy for women is 64.5 years.2 This signals an emerging gap between living longer and living healthfully.

These extra unhealthy years negatively impact people’s quality of life, while also putting immense strain on the healthcare system, including family members, that supports them. Thus, there is a need to shift the societal approach from simply living longer, to living longer with improved health.

While the risk of disease increases with age, it is not an inevitable consequence of growing older. There are multiple, complex factors which influence healthy ageing. Some, like genetics, are beyond personal control, but others, such as diet and nutrition, are well accepted factors that can be modified through actions.

It is well understood that a balanced and varied diet, rich in foods that provide the necessary macronutrients and fibre, along with essential vitamins and minerals, supports normal, healthy function and importantly reduces the risk of diseases.

Researchers are also shining new light on the contributors to healthy ageing and unlocking potential new ways to improve and even optimise health through diet. This includes new and exciting research into bioactives, or ‘non-essential’ nutrients; showing how naturally occurring food constituents may also play a critical role in health as we age.

The health perks of bioactives

Bioactives are a large and diverse group of compounds in foods that can affect processes within the body and have a positive impact on human health. Of bioactives, flavanols (also known as flavan-3-ols) are among the most widely researched; these are abundant in many plant-based foods including tea, apples, berries and cocoa. Evidence for the health benefits of flavanols has been growing for more than two decades. Studies have demonstrated their positive effects on cardiovascular function and health, cognitive function and metabolic outcomes.

Together with our collaborators, researchers at Mars Edge – a segment of Mars Incorporated dedicated to nutrition research and products – have now reached a milestone moment in the study of flavanols. Earlier this year, the primary results of the COcoa Supplement and Multivitamin Outcomes Study (COSMOS) were published.

Led by researchers at Brigham and Women’s Hospital in the US, the multi-year trial investigated whether a daily flavanol supplement (provided in the form of a standardised cocoa extract) or multivitamin could help reduce the risk of certain health conditions such as heart attack, stroke, or invasive cancer among >21,000 generally healthy adults over the age of 60.

The findings showed a beneficial effect of the flavanol supplement on cardiovascular health: there was a 27 percent reduction in cardiovascular deaths among the participants assigned to the flavanol group compared to placebo, and when self-reported compliance was considered, the reduction in cardiovascular deaths was strengthened to a profound 39 Percent. Considering that the average age in the trial was 72 and nearly half of the study participants were on a preventative aspirin and/or statin regimen, these results highlight the profound effect of dietary approaches on health.

Collecting tens of thousands of data points from participants aged 60-100 over its five-year duration, COSMOS offers a rare window into health and what it means to be healthy as we age. Today, health is generally defined as the absence of disease, when really it is so much more. However, we are limited in describing the spectrum of health through non-disease-related biomarkers. The fact that all the participants in COSMOS were generally in good health at the outset is crucial considering their age – it means we can assess what has kept them healthy and factors that affected their health as they aged. All the data on diet and dietary patterns, nutritional status, lifestyle habits, along with a wide range of metabolic and physiological outcomes collected across the years in COSMOS offers the opportunity to gain important and much needed understanding into what it means to age healthily.

While the intervention trial is now complete and the initial papers published, the scientific discoveries from COSMOS are just beginning. As the data is being analysed, our understanding of flavanols, diet, lifestyle, health and healthy ageing will be strengthened, and many more papers will be published in the months and years ahead. These new publications will yield important and profound insights about the factors that affect our health as we age and are likely to yield new approaches to healthy ageing. The results may even help to unlock the development of a formal recommendation for flavanols.

The many new findings that emerge as a result of COSMOS are likely to positively impact the approach to health promotion in later life, encouraging and empowering people to optimise their diets to live longer and – crucially – healthier lives.

Catherine Kwik-Uribe leads Research & Development and Scientific & Regulatory Affairs at Mars Edge, working to translate over two decades of cocoa flavanol research into products that can have a positive impact on people’s lives. She began her career at Mars in 2002 as a scientist, managing an external human research program on cocoa, then moving into a corporate role as Human Health and Nutrition Director.

Catherine has focused most of her career on the non-nutritive components in food and their role in health-promotion, spending her PhD researching under-nutrition before conducting post-doctoral research in nutrition and cognition. In her career, she has also focused on advancing analytical methods of analysis for the bioactives in cocoa and the role of bioactives in supporting cardiovascular and cognitive health. Catherine participates in various committees and organizations to help connect people with nutrition science, including the National Academies of Science (NAS) Obesity Roundtable and NAS Food Forum. 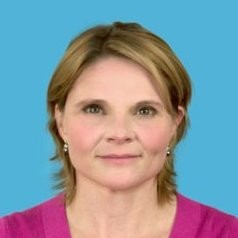