Susan Brownlow reflects on the persistent problem of foodborne contamination across the globe and current best practice for addressing it. 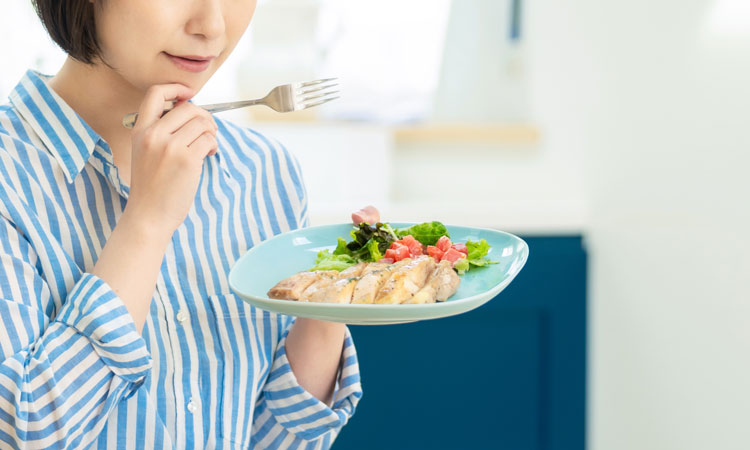 Just over a year ago, according to Public Health England, three people died in the UK and three more were seriously ill from food poisoning thought to have resulted from eating contaminated pre-packaged sandwiches served in hospitals. In February this year, it was reported that in the previous autumn there had been at least 180 cases of gastroenteritis associated with oyster consumption from multiple food outlets – with the three oyster harvesters responsible subsequently ceasing production. And although occurring a decade ago, the food industry still talks of the closure of Heston Blumenthal’s Michelin-starred Fat Duck in Bray, Oxfordshire, when sewage-infested oysters containing the norovirus led to more than 500 diners falling ill.

While high mortality rates from major outbreaks of foodborne diseases, such as the listeria poisoning which killed 180 people two years ago in South Africa, tend to be limited to the developing world, the problem of food contamination remains high on the agenda of mature economies. In February this year, the Food Standards Agency (FSA) announced that there were 2.4 million cases of food poisoning in the UK every year – twice the number from only a decade ago.

As the world’s population grows, the intensification of agricultural and animal production to meet increasing demand for food creates challenges for food safety, putting greater responsibility on food producers and handlers. Local incidents can quickly evolve into national and even international emergencies due to the speed and range of product distribution. Serious foodborne disease outbreaks have occurred on every inhabited continent in the past decade, often amplified by globalised trade.

Over 200 diseases – ranging from diarrhoea to cancers – are caused by eating food contaminated with bacteria, viruses, parasites or chemical substances such as heavy metals. This growing public health problem has a significant socioeconomic impact, including placing pressure on healthcare systems, lost productivity and harming the livelihoods of both those working in the food industry and those physically affected.

Foodborne diseases encompass a wide range of illnesses from diarrhoea to cancers. Most present as gastrointestinal issues, though they can also cause neurological and immunological symptoms. Diseases causing diarrhoea are a major problem in all countries of the world, though the burden is disproportionately carried by developing economies and young children.

The cost of foodborne contamination

Food can never be entirely safe. It is threatened by numerous pathogens that cause a variety of foodborne diseases, algal toxins that cause acute disease, and fungal toxins. Equally troubling are the legacies from industrial activities of the last century which have resulted in increases in our exposure to toxic metals such as lead, cadmium, mercury and arsenic, which now are present across the entire food chain. 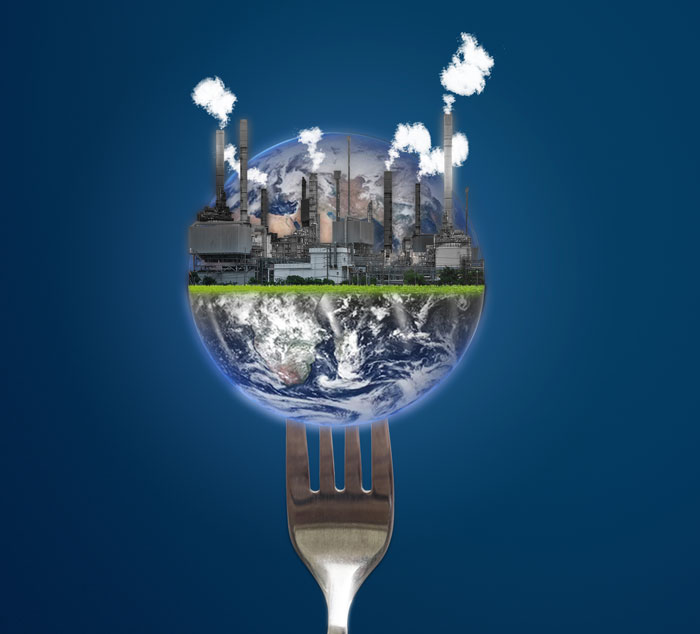 As the world’s population grows, the increasing demand for food creates challenges for food safety

A further emerging threat to food safety comes from contaminants leaching from packaging and storage containers, including phthalates and the increasing use of nanomaterials, although their toxicity requires further research.

The burden of foodborne diseases to public health and welfare and to economies has often been underestimated due to underreporting and the difficulty in establishing robust relationships between food contamination and resulting illness or death. However, concerted efforts to gather scientifically vigorous data and develop genuinely representative modelling are beginning to yield results.

The World Health Organization’s (WHO) 2015 report on the global burden of foodborne diseases presented the first-ever estimates of the disease burden caused by 31 foodborne agents (bacteria, viruses, parasites, toxins and chemicals) at both a global and regional level. The unsettling results indicated that the global burden due to foodborne diseases is comparable to those of the major infectious diseases, HIV/AIDs, malaria and tuberculosis.

In 2018 the World Bank reported that productivity loss associated with foodborne disease in low- and middle-income countries was estimated to cost over US$95 billion per year, with the annual cost of treating those illnesses estimated at a further US$15 billion.

WHO has also estimated that 600 million – almost one in 10 people in the world – fall ill after eating contaminated food, with 420,000 dying every year.

As demonstrated by the cases of foodborne illnesses referenced at above, we are reminded that threat to food safety very much exists even within mature economies.

Food safety requires constant scientific monitoring to ensure the safe handling, preparation and storage of food. Quality and consistency are also primary objectives in food production, which have driven the development of scientific food analysis methods and instrumentation to highly sophisticated levels.

A chemistry technique called gas chromatography-mass spectrometry (GC-MS) has emerged as the gold standard forensic analytical tool for forensic food analysis. Its swiftness, simplicity, sensitivity and effectiveness in separating and identifying food components has made GC-MS one of the most important tools in analytical chemistry today. Its key attribute is the capability to qualitatively identify the actual nature of the chemicals in a food sample rather than just the quantitative aspects of some other techniques.

Of the two questions – the ‘what’ and the ‘how much’ – often the qualitative data is more important. Conducting quantitative work on a sample with unknown content is fruitless. Only when it is known which chemicals are present, is quantitative analysis really useful.

GC-MS involves gas chromatography where the food sample being tested is first turned into a gas, before being carried through a column by a nonreactive ‘carrier’ gas (a gas that will not impact the integrity of the food sample) such as helium or another other inert gas such as nitrogen. As the sample is carried through the column it is separated into its individual components. The separate components can then not only be identified but their quantities can also be determined.

Only when it is known which chemicals are present, is quantitative analysis really useful

On a par with GC-MS, liquid chromatography-mass spectrometry (LC-MS) is also a qualitative analytical chemistry technique whereby the food sample is dissolved into a solvent (hence the ‘liquid’) and then carried by a moving gas stream (helium or nitrogen) to break down the sample into individual constituents. Liquid chromatography’s more sophisticated cousin – high performance liquid chromatography (HPLC) – can also help identify compounds as low as parts per trillion.

In verifying food ingredients, laboratories also make use of atomic absorption spectrometry, which is a very fast and accurate way to screen for contaminants at levels as low as parts per billion – for example, in the analysis of mercury in fish. Laboratories also monitor the authenticity of origin and for adulterations of natural products using nuclear magnetic resonance (NMR), which compares the food stuff with a known sample.

It is the most advanced technique available for food counterfeiting investigations and involves generating a very high magnetic field around the nuclei in a particular molecule to allow the nuclei to absorb and re-emit electromagnetic radiation. The pattern in which this occurs is detected to identify which particular molecules are present. The intense magnetic field is generated by a super-conducting magnet that can only operate in extremely cold temperatures. This is achieved by immersing the electro-magnet in liquid helium – the coldest substance on earth.

There can never be an absolute guarantee that our food is safe. It is simply impossible to test every single item for every imaginable toxin, contaminant, adulterant, or foodborne pathogen, not to mention that such an undertaking would make our food prohibitively expensive. However, it is standard procedure for any food product entering the UK, for example, to be tested by independent laboratories and many responsible food manufacturers also voluntarily send regular samples to these laboratories to verify their own findings. Occasionally a national authority will request a spot audit of a process if a potential issue or crisis is suspected.

While detection capabilities in food analytics are continually being optimised, as much of the food industry relies on often complex and distant supply chains, good collaboration between producers, retailers, consumers, regulatory bodies and government will continue to be vital in ensuring food safety.

Susan Brownlow has had three decades of researching and writing on the latest food and beverage technology trends on behalf of some of the world’s most pioneering innovators. As a tri-national, holding British, American and EU citizenship, she has a truly global perspective on the important issues around food safety and security facing our world today. 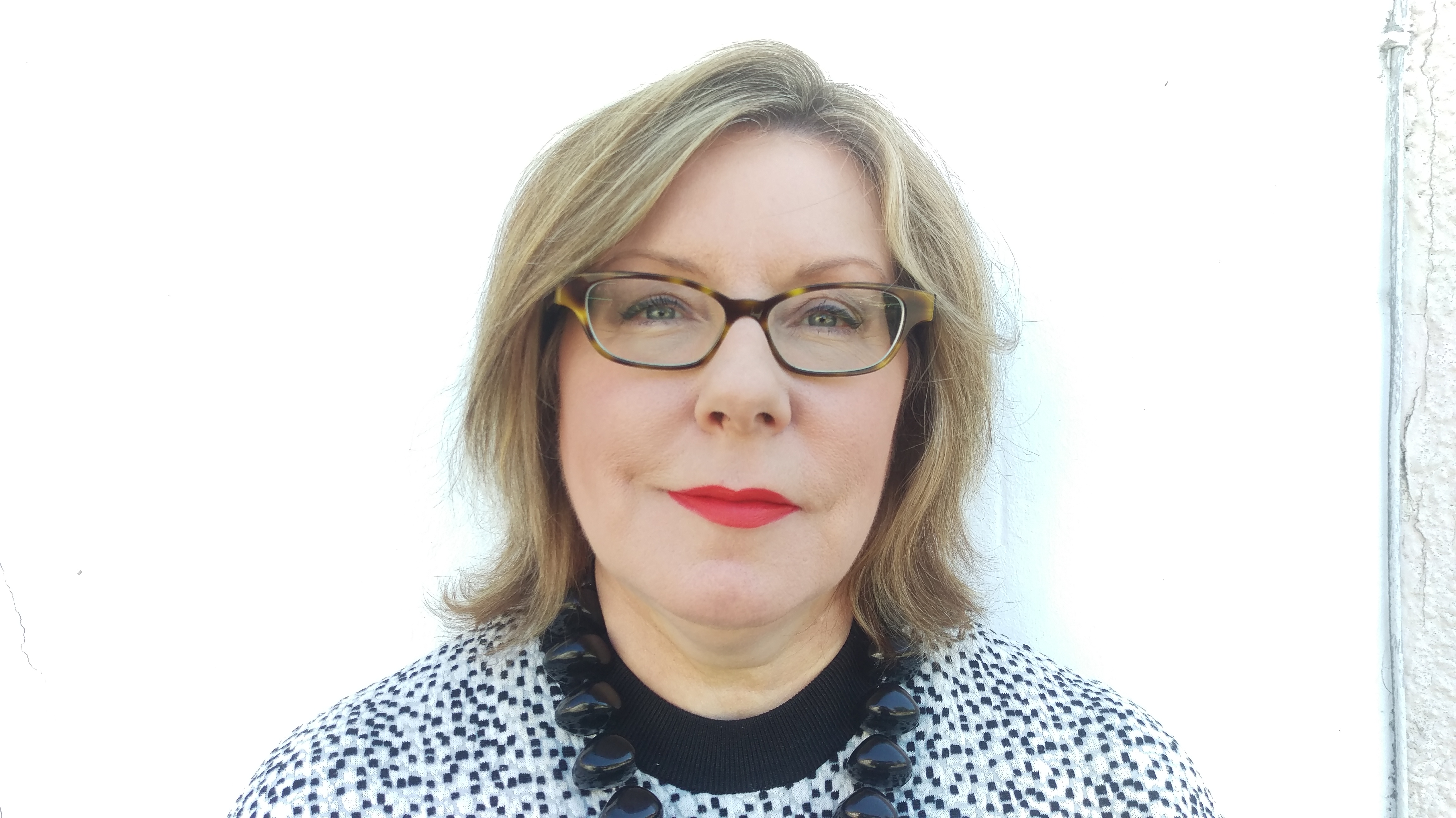