Modern slavery in the cocoa sector

New Food’s Bethan Grylls has an eye-opening discussion with Tony’s Chocolonely on modern slavery and how this noble chocolate company is making a big impact. 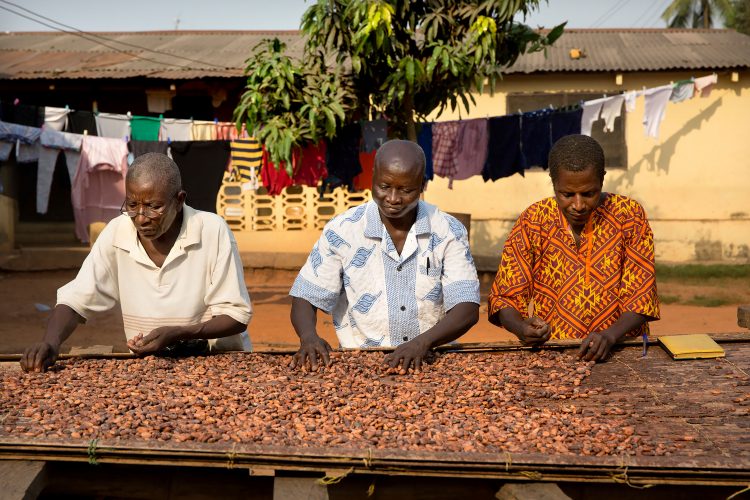 You may be surprised to learn that modern slavery impacts an estimated 45.8 million people worldwide.1

Specifically, in the cocoa industry, there are almost two million children working illegally on farms in West Africa, according to Ben Greensmith, Tony’s Chocolonely’s UK Country Manager. Worryingly, West Africa is where the majority of the world’s cocoa originates; with the Ivory Coast and Ghana producing more than 50 percent.

Identifying modern slavery is difficult, however, due to cocoa’s complex supply chains;2 while some may shy away from discussing such sensitive matters, others are shouting it from the rooftops.

Tony’s Chocolonely is one such exception and it has a rather unusual history. For the last 15 years, the Dutch company has been striving for “100 percent slave-free chocolate”, but the intention was never to become a fully-fledged business…

The ‘Tony’ story began in Holland, when three Dutch journalists (one named Tony) uncovered unscrupulous practices within the world of cocoa.
“They didn’t understand how modern slavery could still be possible, and they wanted to find out what was being done to combat it,” informed Greensmith. 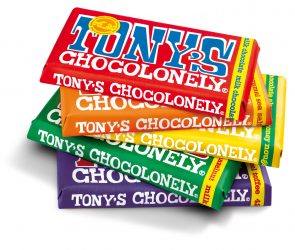 The journalists claimed that, in spite of signed agreements which included promises to make child and forced labour illegal, “nothing was happening”.
As part of a TV exposé on a Dutch show called ‘Keuringsdienst van Waarde’, Tony filmed himself eating chocolate, which he said was (perhaps indirectly) involved with forced child labour. He proceeded to try to get himself arrested; confessing to the police that he had knowingly eaten chocolate which financed illegal labour. “They hung up on him,” Greensmith explained, “so he took things a step further…”

Tony arranged for four boys from West Africa – all of whom said they had been former slaves on cocoa farms – to testify against him in court for the same crime. Despite his great effort, he didn’t go to jail, but the case did end up causing quite a stir!

The judge agreed that Tony “had a point” but refused to prosecute him on the basis that he could not connect the cocoa he had eaten with the cocoa the boys had produced. Moreover, if Tony was to go to prison, it would set a precedent for everyone else who eats cocoa.

Feeling strongly about this cause, Tony created a chocolate that he claimed to be ‘slave-free’ – 5,000 bars packaged in a bright red wrapper. He named it ‘Tony’ after his name sake and ‘chocolonely’ to signify his solitary journey.

“The bars sold out in hours. But it was a PR stunt – we never set out to create a business,” Greensmith said. However, seeing the reaction he’d evoked, Tony decided that if he was really going to change things, it was best achieved through leading by example.

The company now turns over €90 million a year. Despite the unexpected profits, however, Greensmith was keen to emphasise that Tony’s still maintains its original ethos. “We exist to raise awareness and show that there is a fairer and scalable way to make chocolate.”

Things have improved since Tony began his journey. In the UK, for example, the Government recently introduced new measures to strengthen the Modern Slavery Act 2015. For the first time ever, public bodies with a budget of £36 million or more will be required to regularly report on the steps they have taken to prevent modern slavery in their supply chains.

But Greensmith believes there is more work to be done.

The average farmer in Ghana and the Ivory Coast earns $1.82 per kilo and $1.79 per kilo respectively, Greensmith told New Food. And it is this financial injustice, according to Tony’s, which is the key driver of forced child labour.

“Their parents are being paid so little for their work that they have to use children, who are then denied an education and exposed to hazardous tools and conditions,” Greensmith said. He recalls a visit to the Ivory Coast where he witnessed children as young as 10 carrying heavy loads and using machetes.
He added that around 30,000 people (adults and children) have been subject to forced labour on cocoa farms – a statistic uncovered in a 2018 study issued by The Walk Free Foundation.3

As such, Tony’s is pushing for more stringent legislation that, as its website describes, “holds companies accountable” and has begun a petition to make 100 percent slave-free chocolate the law.

“We want to see the illegalisation of forced labour within the value chain,” Greensmith explained.

The petition will need one million signatures to take it to Brussels and Washington, and 100,000 to London.

But what about consumers? Surely, they also have a part to play, too? “Most aren’t aware that modern slavery exists in the cocoa chain – a mere 30 percent in the UK,” Greensmith said.

This is a giant step for the chocolate industry, and an important move towards making sustainable chocolate the industry standard by 2025.

As part of its strategy, Tony’s focuses on creating awareness among consumers. “Consumers have the power to make change. If they see that some brands are not taking responsibility, then they will put them under pressure to act.

“We want to show consumers and retailers that there are other options, and we want to encourage other manufacturers to adopt our sourcing model.”

While turning over 90 million Euros might sound like a lot, Tony’s only accounts for 0.2 percent of the cocoa sold from the Ivory Coast.

“We can’t achieve our mission alone – we need to create a movement.”

The Fairtrade Foundation has applauded the company’s actions and it, too, has suggested that others “take note” of Tony’s approach.

“It would be great to see more brands, retailers and manufacturers in the cocoa industry talking about the exploitation that can occur in its farming communities and what they are doing to tackle it,” Susannah Henty wrote in a 2018 post.2

The sourcing model for Tony’s is built around five “crucial” and “equally important” stages. This includes traceable beans, a higher price, strong farmers (buying from professional cooperatives), long-term commitments with cooperatives, and improved productivity and less dependence on cocoa.

It shares this system on an open-source platform called Tony’s Open Chain, where chocolate companies can see how they can eliminate social issues from their supply chain.

The majority of the world’s cocoa is sourced from mass balance, according to Greensmith. The idea behind mass balance is to enable fair trade for smaller producers of ingredients that are difficult to fully trace, including cocoa. 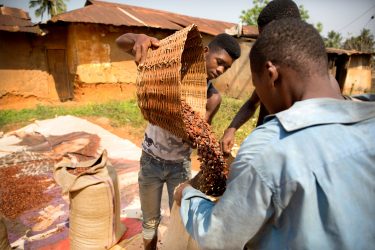 Farmers pouring the cocoa into bags in Ghana

The process was designed to ensure farmers and workers have maximum opportunities to sell their certified crops.
Companies may mix Fairtrade and non-Fairtrade products during the manufacturing process, so long as the actual volumes of sales on Fairtrade terms are tracked and audited.

Mass balance certainly has good intentions, but Greensmith believes it is a flawed system. “You can’t fully trace that cocoa, so you don’t know what’s happening behind the scenes. For us, that’s not good enough.”

Tony’s uses what it calls its ‘beantracker’ – a blockchain-powered system which enables anyone in the value chain to see where their cocoa is at any stage and at any point in time.

“We know the farms from where our cocoa originates; the conditions under which it’s being produced and the social circumstances,” Greensmith explained.

“This enables our farmers to earn enough to provide for their families and invest in their farms. And, importantly, it means they earn enough to not have to resort to child labour.”

Tony’s works with what it refers to as “strong farmers” – in other words, it makes efforts to professionalise farming cooperatives and farms, giving them more power to structurally change inequality. It also engages in five-year commitments with cooperatives to ensure investments are made.

“This offers surety that they will get a fair price for their cocoa for the next five years, so that they can use this to reinvest in their business and plan, irrespective of what happens to cocoa prices.”

Tony’s advocates collaboration between growers to develop their farms and encourages them to take part in productivity and quality programmes. It also helps to advance knowledge among farmers of other agricultural crops, decreasing sole reliance on cocoa.

So, how successful has Tony’s mission been? In 2019, the chocolate company formed a strategic partnership with retailer Albert Heijn and chocolate manufacturer Barry Callebaut with a view to ending child labour and modern slavery in the chocolate industry. 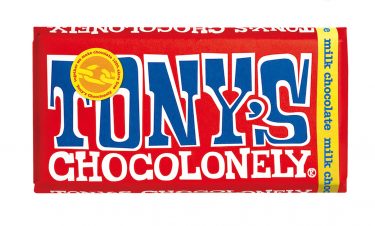 “This is a giant step for the chocolate industry, and an important move towards making sustainable chocolate the industry standard by 2025,” Antoine de Saint-Affrique, CEO of Barry Callebaut, said in a press statement.4

Greensmith also mentioned that two more “mission allies” would be announced shortly. “I can’t talk about it yet, but they’re going to be making some changes and sourcing their cocoa through our principles. This is a great start, but we want even more brands to copy our model because we can’t do this alone. We believe this sourcing model could change things [for the better] for good.” Let’s hope they achieve this ambition – we eagerly await further news! 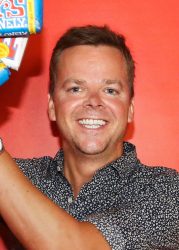 Ben Greensmith has been working for Tony’s since September 2018. Prior to this, he spent three and a half years at Propercorn, most recently as Chief Operating Officer taking the business from a startup, to an SME and then into national distribution. Before joining Propercorn, Ben was UK Commercial Director at innocent drinks, a role he assumed after five years at Unilever working within a mixture of sales and category positions.