CAGE, a salt in its liquid state, has been found to reduce the absorption of fats from food with no discernible side effects in rats. 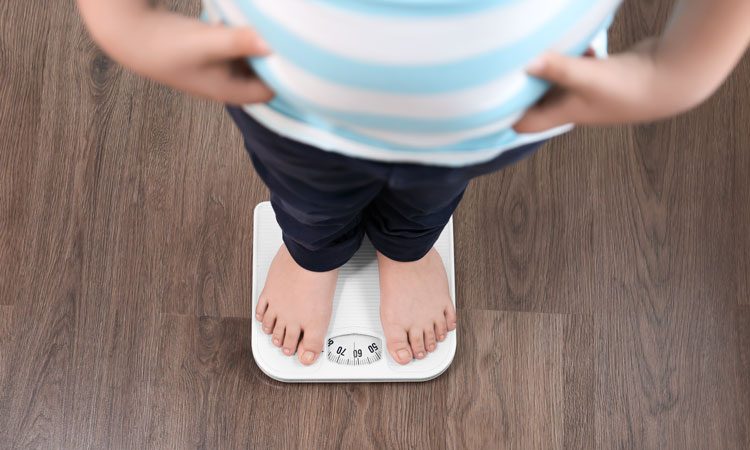 The cost of treating and managing obesity-related diseases is expected to double every decade, predicted to account for approximately 16 percent of all US healthcare costs by 2030.

While genetics plays a role, eating high-calorie foods rich in carbohydrates and fats is said to be a major cause of the epidemic, and many people are considered to lack affordable access to fresh foods. Several weight-loss drugs that reduce weight by about 10 percent have been approved by the US Food and Drugs Administration (FDA), but they are said to come with side effects including headaches, diarrhoea, severe liver injury, birth defects, sleep apnea, pancreatitis and suicidal thoughts.

A study from Harvard’s Wyss Institute for Biologically Inspired Engineering and John A. Paulson School for Engineering and Applied Sciences (SEAS) has allegedly found that an orally administered liquid salt called Choline and Geranate (CAGE) can physically reduce the absorption of fats from food with no discernible side effects in rats, and reduces total body weight by about 12 percent.

“Our goal is to translate this work into a product that can help people maintain a healthier weight, and this study marks the very beginning of that journey,” said first author Md Nurunnabi, Ph.D., Assistant Professor of Pharmaceutical Sciences at The University of Texas at El Paso.

CAGE, which is a salt in its liquid state, was created by Wyss Core Faculty member Samir Mitragotri, Ph.D. as part of an effort to improve the body’s absorption of medicines. In 2018, his lab published a paper describing CAGE’s ability to enhance the uptake of insulin when administered orally. However, in their study of CAGE’s properties, they found that there was one molecule not helped by the liquid: a small hydrophobic molecule. Mitragotri’s team predicted that CAGE was somehow binding to this molecule and preventing it from being absorbed.

“That observation led us to wonder if there were any contexts in which we would want to prevent the uptake of this type of molecule. We realised that fats are small and hydrophobic, and that CAGE could potentially be of interest as a medical treatment for obesity,” said Mitragotri.

The researchers evaluated CAGE’s interactions with fats by mixing the liquid with an omega-3 fat called DHA and water. They noted that the DHA formed large particles about 3-4 microns in length, about the size of a cell’s nucleus. DHA molecules mixed with water alone formed much smaller particles in the range of 50-400 nanometres, suggesting that there is some interaction between the CAGE and DHA molecules that causes them to aggregate into larger particles.

The team then added the DHA-CAGE mixture to healthy rat intestines ex vivo. Compared to intestines that were only injected with DHA, the inclusion of CAGE significantly reduced the permeation of DHA into the intestinal tissue over the course of six hours.

To evaluate the performance of CAGE in living organisms, the researchers prepared capsules with a mixture of DHA and CAGE and gave them orally to rats. After six hours, the amount of DHA absorbed into their blood from the mixture was about half the amount that was absorbed when they were given DHA alone. Biodistribution studies showed that giving CAGE along with the DHA increased its concentration in the rats’ stomachs and intestines two-fold and reduced its presence in their livers, suggesting that CAGE prevents DHA from leaving the gastrointestinal tract.

They then studied the effect of CAGE on fat uptake in rats who were fed a high-fat diet, which has 20 percent more fat than a regular diet, for 30 days. A daily, ten-microlitre dose of CAGE caused rats to gain 12 percent less weight than rats that received either a five-microlitre dose or no CAGE. The untreated rats usually ate about 10 grams of food every day, whereas the high-dose CAGE cohort ate about eight grams of food, suggesting that CAGE might also have an effect on enzymes that regulate digestion, and/or increase the feeling of fullness after a meal.

Over the 30-day time period, no side effects were observed in the rats treated with CAGE, and there were no signs of inflammation or differences in the animals’ organ structure or function. There was also no trace of CAGE’s components in the body following treatment.

“This is the first proof-of-concept that orally administered ionic liquids can help reduce fat uptake and body mass, and this approach has significant clinical potential given that it is simple, fast, and much less invasive than liposuction or bariatric surgery and, because its mechanism of action is physical rather than chemical, it lacks the side effects observed with other drugs,” said Mitragotri.

The team is now pursuing answers to the more mechanistic questions about CAGE, including exactly how CAGE binds to fats, how long its effects last, what its potential interactions with the obesity-associated leptin signalling pathway are, and where the unabsorbed fat goes.