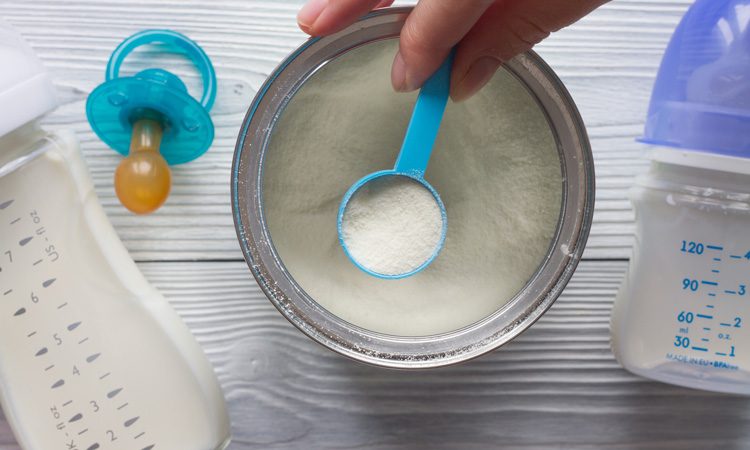 Sugar compounds in breast milk play a crucial role in the development of a healthy gut bacterial community and contribute to the maturation of the immune system in infants.

In a new study, professors from the Technical University of Denmark (DTU) and Kyoto University, Japan, have established a framework to identify and describe the function of key transport proteins that mediate the uptake of nutrients from a mother’s breast milk to an important group of bacteria in the child’s intestines.

These proteins transport human milk oligosaccharides (HMOs), which are complex sugars produced by the mother to nourish important bifidobacteria associated with the development of good health.

“Our work allows us to establish a clear link between the type of sugars in the mother’s milk and the health-promoting bacteria in the infant’s gut. More importantly, our work allows mapping the best sugar from a mother’s milk to infant health-beneficial gut bacteria based on the transport proteins,” said Professor Maher Abou Hachem from DTU Bioengineering, who conducted the study in collaboration with Professor Takane Katayama from Kyoto University.

The study analysed the faecal bacteria and mothers’ milk from mother-infant pairs and a control group of human adults. The molecular description of the transport proteins and their HMO preferences was also investigated.

The establishment of the gut microbiota begins at birth and this bacterial community develops until the age of two to three years. During this critical window, before maturation of the immune system, large changes can occur in the gut microbiota. After weaning, the immune system is programmed for a specific structure of the gut community, which persists throughout adulthood.

It is well-documented that bifidobacteria play a major role in the development of a healthy gut microbiota in children, said Prof Hachem. A developed infant bacterial community reduces the risk factors for immune and metabolic disorders such as allergy, asthma, diabetes, obesity and a variety of other diseases.

“It is crucial to establish the right gut microbiota early in the child’s life. Conversely, factors that interfere with the development of the “right” microbiota are associated with life-long health disorders. If we get the wrong organisms from early-life and we get used to them and they are accepted as part of the microbiota, it will be very difficult to re-select the normal and beneficial bacteria afterwards,” Prof Hachem added.