Experts have argued that obesity, undernutrition and climate change are all part of the ‘The Global Syndemic’, and should be focused on by leaders. 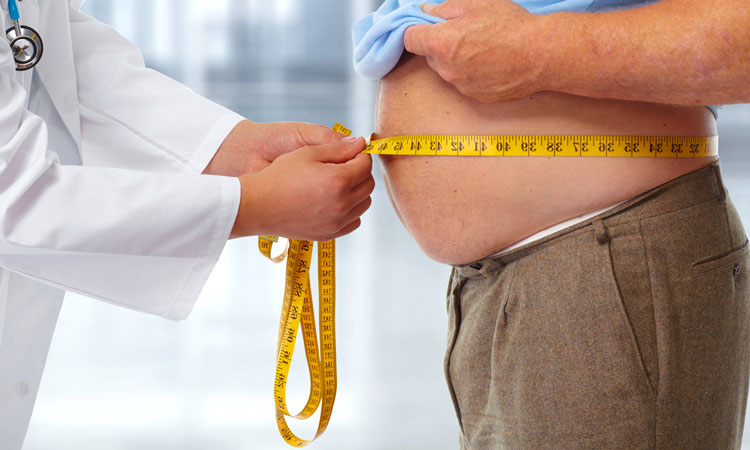 The report follows the publication of the Lancet-EAT Commission, which provided the first scientific targets for a healthy diet within planetary boundaries. The new report scrutinises the wider systems underpinning the global obesity pandemic, and identifies solutions to address decades of policy failure.

Over the past two decades, obesity, undernutrition and climate change have been viewed as separate, and policy responses have been unacceptably slow due to reluctance of policy makers to implement effective policies, powerful opposition by vested commercial interests, and insufficient demand for change by the public and civil society. Undernutrition is declining too slowly to meet global targets, no country has reversed its obesity epidemic, and comprehensive policy responses to the threat of climate change have barely begun.

“Until now, undernutrition and obesity have been seen as polar opposites of either too few or too many calories. In reality, they are both driven by the same unhealthy, inequitable food systems, underpinned by the same political economy that is single-focused on economic growth, and ignores the negative health and equity outcomes. Climate change has the same story of profits and power ignoring the environmental damage caused by current food systems, transportation, urban design and land use. Joining the three pandemics together as The Global Syndemic allows us to consider common drivers and shared solutions, with the aim of breaking decades of policy inertia,” said Commission co-chair, Professor Boyd Swinburn of the University of Auckland.

Led by the University of Auckland (New Zealand), the George Washington University (USA), and World Obesity Federation (UK), the new Lancet Commission is the result of a three-year project led by 43 experts from the fields of public health, from 14 countries.

The new Commission defines The Global Syndemic as the global interactions of the pandemics of obesity, undernutrition and climate change, which are linked through common drivers and shared solutions. Driving The Global Syndemic are food and agriculture policies, transportation, urban design and land use systems – which in turn are driven by policies and economic incentives that promote overconsumption and inequalities.

Among the actions recommended, the Commission calls for the establishment of a Framework Convention on Food Systems (FCFS) – similar to global conventions for tobacco control and climate change – to restrict the influence of the food industry in policy making and to mobilise national action for healthy, equitable and sustainable food systems.

Economic incentives must be redesigned, and 5 trillion US dollars in government subsidies to fossil fuel and large agricultural businesses globally should be redirected towards sustainable, healthy, environmentally friendly activities. Additionally, a global philanthropic fund of 1 billion US dollars must be set up to support civil society in advocating for change.

“The prevailing business model of large international food and beverage companies that focus on maximising short-term profits leads to overconsumption of nutrient-poor food and beverages in both high-income countries and increasingly in low and middle-income countries. The coexistence of obesity and stunting in the same children in some countries is an urgent warning signal – and both will be exacerbated by climate change. Tackling The Global Syndemic requires an urgent rethink of how we eat, live, consume, and move, including a radical change to a sustainable and health-promoting business model fit for the future challenges we face today,” said Dr Richard Horton, Editor-in-Chief, The Lancet.

The Global Syndemic represents a synergy of pandemics that co-occur in time and place, interact with each other, and share common underlying societal drivers. For example, food systems not only drive the obesity and undernutrition pandemics but also generate 25-30 percent of greenhouse gas emissions (GHGs), and cattle production accounts for over half of those. Car-dominated transportation systems support sedentary lifestyles and generate between 14-25 percent of GHGs. Underpinning all of these are weak political governance systems, the unchallenged economic pursuit of GDP growth, and the powerful commercial engineering of overconsumption.

“We must recognise these connections and implement double-duty actions that address both obesity and undernutrition and triple duty actions that influence multiple parts of the syndemic simultaneously,” said Commissioner Professor Corinna Hawkes, City University London. Guidelines for a sustainable diet, the restriction of commercial influences, the right to wellbeing legislation, and policies for healthy, equitable, environmentally sustainable, economically prosperous food systems would all have an impact across obesity, undernutrition and climate change (ie, triple duty, or ‘win-win-win’ actions). Additional examples would include:

Commercial vested interests: a powerful driver of The Global Syndemic

Economic power has been increasingly concentrated into fewer, larger companies. Key strategies used by the food industry to obstruct obesity prevention policies have included adopting self-regulation to pre-empt or delay state regulation, public relations efforts portraying industry as socially responsible while undermining and contesting the strength of scientific evidence, direct lobbying of government decision-makers, and framing nutrition as a matter of individual responsibility.

“With market power comes political power, and even willing governments struggle to get policies implemented against industry pressure. New governance dynamics are needed to break the policy inertia preventing action. Governments need to regain the power to act in the interests of people and the planet and global treaties help to achieve this. Vested commercial interests need to be excluded from the policy table, and civil society needs to have a stronger voice in policy-making.  Without disruptive change like these, we will continue on with the status quo which is driving The Global Syndemic,” said Commissioner Tim Lobstein, World Obesity Federation, London.

Attempts to include sustainability in national dietary guidelines in the USA and Australia failed as a result of food industry pressure to remove sustainability from the terms of reference. In the USA, subsidies for fossil fuels keep petrol prices artificially low, encouraging car use and disincentivising investment in active and public transportation. In 2016-17, the sugary drinks sector spent 50 million US dollars to lobby against local initiatives to reduce soda consumption, and research funded by the sector is five times less likely to find an association between sugary drinks and obesity compared to other studies.

The food industry’s obstructive power is further enhanced by governance arrangements that legitimise industry participation in public policy development, and the power that big corporations have to punish or reward governments by relocating investment and jobs. Furthermore, outlawed marketing practices in one country have been introduced or sustained in non-regulated countries. In Nepal, Ghana, South Africa, and Mongolia marketing for sugary drinks is common around schools, and school entrances in ways that would not be acceptable in high-income countries.

The Commission calls for a new Framework Convention on Food Systems (FCFS) to link the powerful players around food systems into a common agreement, enabling governments to add elements of public health, social equity and environmental protection.

Based on Article 5.3 of the FCTC, a new FCFS would explicitly exclude the food industry from policy development. Such a commitment would recognise the fundamental and irreconcilable conflict that exists between some food and drinks industries’ interests and those of public health and the environment; that all parties must be transparent and accountable when dealing with industry or working to further their interests; and that no fiscal advantages or inducements to produce food and beverage products that damage human and environmental health should exist.

“Although food clearly differs from tobacco because it is a necessity to support human life, unhealthy food and beverages are not. The similarities with Big Tobacco lie in the damage they induce and the behaviours of the corporations that profit from them. A Framework Convention on Food Systems would help empower individual nations against vested commercial interests, redirect the vast subsidies that currently benefit unhealthy industries, and provide full transparency,” says author Professor William H. Dietz, George Washington University, Washington DC (USA). [3]

Subsidies that foster ill health must be redirected

In 2015, global subsidies from governments to the fossil fuel industries were about 5.3 trillion US dollars per year, with nearly half a trillion US dollars going to agricultural subsidies (mostly for beef and dairy, as well as grains used in animal feed or ultra-processed foods) in the top 21 food-producing countries every year.

New business models fit for the challenges of the 21st century are needed to incentivise sustainable businesses in support of the public good, and broaden the business focus to explicitly include benefits to health, society and the environment.

Effective strategies to address the Global Syndemic will be unlikely to succeed without a broader base of support. The recent withdrawal of the USA from the Paris Climate Change Agreement demonstrates the fragility of agreements that might change based on the politics of the countries involved. Yet, despite the administration’s decision, 2700 leaders from US cities, states, and businesses representing 159 million people and US$ 6.2 trillion in GDP have continued efforts to mitigate greenhouse gas emissions.

Mobilisation of civil society was crucial in driving commitment for a sugary drinks tax in Mexico. Despite strong resistance from the beverage industry aimed at watering down the proposed measures, a 10 percent tax was added to sugary drinks. Within two years, consumption of sugary drinks was reduced by 7.6 percent.

The Commission calls for US$1 billion from philanthropic and other sources to support 100 countries to apply Mexico’s approach to implement food and nutrition policies.

“The past few years have seen renewed activism at the local level, whether in cities, communities, or in particular issues. As with other social movements, such as campaigns to introduce sugary drink taxes, efforts to address the Global Syndemic are more likely to begin at the community, city, or state level, and subsequently build to a national or global level. Support for civil society is crucial to break the policy deadlock and the systems driving the Global Syndemic,” adds Professor Dietz.