Experts have suggested the situation may not improve for nearly a year. 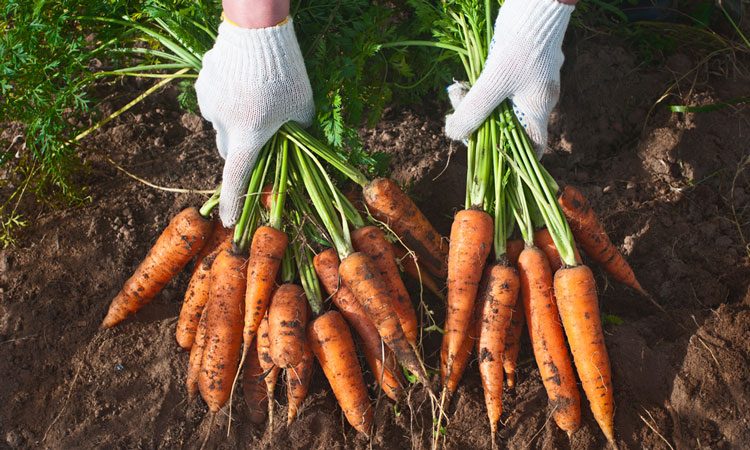 Home-grown carrot stocks in the UK may slump to their lowest levels in decades, farmers have warned.

Variable weather in 2018, ranging from a severe cold snap in April to the driest June on record, is to blame for the expected drop in yields.

Traditionally, the UK is self-sufficient with regards to carrots with around 97 per cent of those found on supermarket shelves grown domestically, the majority coming from growing areas in Norfolk, Nottinghamshire, Lincolnshire, Yorkshire, Lancashire and Fife. The impending crisis, however, has hit all these regions and could have the effect of raising imports to levels not seen in decades.

The British Carrot Growers Association has warned the shortage could last for anything up to 11 months, and with neighbouring European nations suffering much the same weather conditions, the shortfall in supply may not easily be made up through imports.

The association’s Chairman, Rodger Hobson, said: “The British carrot growing industry is respected worldwide for its ability to produce ‘fresh from the field’ carrots 52 weeks of the year. However, we have suffered the ‘perfect storm’ of poor conditions this year.

“Firstly, we had the ‘Beast from the East’ which produced excess rain throughout the spring, delaying planting by a month, and reducing the growing season by around 18 per cent. Then we have had the hottest summer since 1976.”

According to Mr Hobson, carrots grow best between 15 and 18°C. Thus far this summer, the UK has seen average daily temperatures of between 25 and 32°C, causing carrots to stop growing and wilt in fields.

The situation is made worse by water restrictions that are effectively ‘turning off the tap’ on irrigation systems. The compounding of these conditions has led agronomist Howard Hinds to estimate the crops he manages will yield 30 to 40 per cent less than last year.

Mr Hobson added: “I have spoken to all the major carrot growers this week and they unanimously agree that the poor yields will massively push up UK production costs and that substantial imports will be required this season.

“Carrots are undoubtedly the ‘nation’s favourite vegetable’ and will still remain great value in terms of the nutrition and health benefits they provide. However, it is almost inevitable that the price in the shops will go up.”