The UK’s biggest chicken supplier has appointed a new head more than two months after its former CEO announced he was leaving. 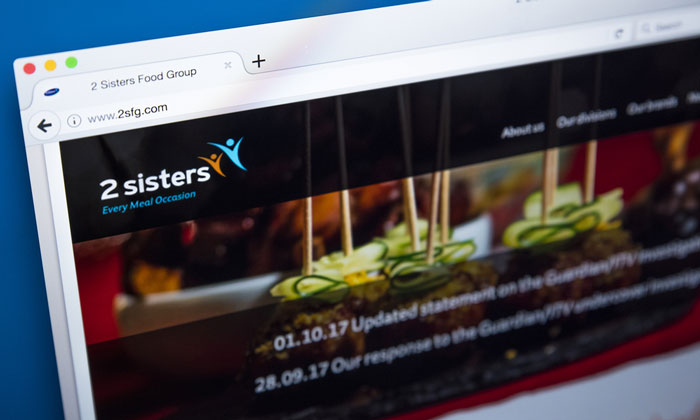 CHANGING OF THE GUARD: Mr Kers has more than two decades' experience in global FMCG companies

2 Sisters Food Group announced on Thursday (May 17) that Ronald Kers will be taking on the role, left vacant by Ranjit Singh Boparan, on June 1.

Mr Kers was the Global CEO of Müller, the €6bn international food company, a position he stepped down from in April last year.

The Dutch businessman said: “2 Sisters is an incredible company and I am pleased to take over from Ranjit and write the next chapter of its success story, one which is often overlooked.

“Under Ranjit’s leadership this business has grown from scratch to over £3.2bn turnover and has 23,000 employees working across 48 sites in various countries. It will be a privilege to work with such a successful entrepreneur.

“Ranjit and his team have built some strong foundations here and all colleagues should never forget how we help feed consumers in several countries every day with quality, affordable food.

“That is something to be extremely proud of. We are already the largest food business in the UK but what I would like to do now is, with the help of all colleagues, customers and other stakeholders, transform the business from good to great to being the best everywhere we operate.”

He takes the helm of the company, which supplies around a third of the chicken sold in UK supermarkets, at a time when its reputation is recovering from a media scandal. In September, ITV and The Guardian published footage gleamed from an undercover investigation showing hygiene failures at a 2 Sisters plant in West Bromwich.

Its CEO, Mr Boparan, publicised his decision to take on the position of President of 2 Sisters’ parent company, Boparan Holdings, in February.

He said: “This appointment underlines our serious intention to do what we say we’re going to do. I am pleased that Ronald is joining 2 Sisters as CEO and we will benefit from his tremendous experience working in many of the world’s leading global food businesses. The last 25 years has been all about growing 2 Sisters.

“Today we have reset our direction and we are focusing back on our core strengths and getting back to what we do best – delivering great value, great quality food for our customers.

“We have already started with our commitments to greater transparency, a stronger colleague voice, and simplifying a complex organisation. But there is so much more to do and Ronald can take the business performance to the next level.

“After 25 years as CEO, I am now taking on a broader leadership role as President of the BHL group, building on my entrepreneurial background and strengthening our financial position.”