Scientists examining copper hydroxychloride and its use as a method of delivering to newly-weaned pigs essential copper have found it improves pigs’ weight performance following a 28-day trial. 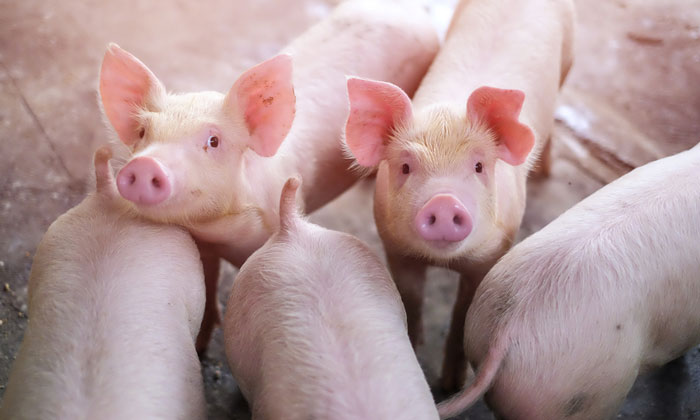 ON A DIET: The use of copper hydroxychloride has been looked at regarding post-weaning performance of beef calves too

Hans H. Stein, professor in the Department of Animal Sciences and the Division of Nutritional Sciences at the University of Illinois, conducted three experiments, along with Ph. D. student Charmaine Espinosa and Scott Fry and James Usry of Micronutrients USA LLC. They were examining the potential of copper hydroxychloride as a source of copper, an essential element in the diet of pigs that can be provided in a number of different forms.

Copper hydroxychloride is less likely to react with other vitamins and minerals in a premix than the more commonly used copper sulfate, but research on its effects when fed to pigs is limited.

The copper hydroxychloride product tested in the experiments was Micronutrients’ IntelliBond C. The team published their findings in a recent issue of the Journal of Animal Science.

In the first experiment, they compared weanling pigs fed diets containing 150 mg/kg copper in the form of copper hydroxychloride with pigs fed control diets containing only enough copper to meet dietary requirements. The pigs in the copper hydroxychloride group had a greater final body weight, average daily feed intake, and average daily gain over the 28-day experimental period than the control pigs. These pigs also had less frequent and less severe diarrhea than control pigs.

“We know that supplementing copper above their nutritional requirement improves growth performance, but it’s not clear why,” says Stein. “Our hypothesis was that the improvement in growth performance might be due to greater digestibility of gross energy and fat.”

The results didn’t bear out their hypothesis, said Stein, adding that further research is needed to determine the mode of action of the compound in diets fed to weanling pigs.

Fry said the growth performance results are consistent with what his company has seen in more than five trials conducted in the U.S. and EU over the last few years. “When we have looked at copper sources, we see pigs fed copper hydroxychloride are, on average, over 850 g bigger than pigs fed copper sulfate. The cost to switch sources are minimal: less than five cents per pig in U.S. dollars.”

The article, “Copper hydroxychloride improves growth performance and reduces diarrhea frequency of weanling pigs fed a corn–soybean meal diet but does not change apparent total tract digestibility of energy and acid hydrolyzed ether extract,” is published in the Journal of Animal Science. Funding for this research came from Micronutrients Inc. and Agrispecialists Inc.