Iceland announces aim for plastic free own brand by 2023

Getting ahead of the trend with many UK supermarkets as they move to more sustainable modes of operation, Iceland has announced it aims to be plastic free by 2023. 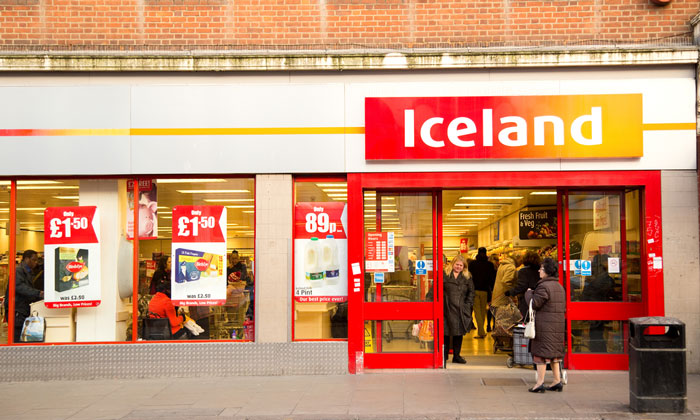 AHEAD OF THE GAME: Iceland carved a name out for itself selling frozen goods in the 1970

One of the UK’s biggest supermarket chains has become the first to announce its intentions to be plastic free within five years.

Iceland, which is the ninth largest supermarket company in Britain with a 2.1 per cent market share, made the announcement today (January 16) that it would eliminate plastic from its own label by 2023.

The move comes less than a week after UK Prime Minister Theresa May publicised her Government’s intention to put an end to avoidable plastic waste by the end of 2042.

It puts Iceland ahead of the game as supermarkets take steps to cut down on the one million tonnes of plastic they generate each year.

In its place, Iceland said it will be harnessing the latest technologies to create a range of packaging comprising paper and pulp trays along with paper bags which are fully recyclable through domestic waste collection or in-store recycling facilities, and therefore less harmful to the environment.

Iceland’s Managing Director Richard Walker said: “The world has woken up to the scourge of plastics. A truckload is entering our oceans every minute, causing untold damage to our marine environment and ultimately humanity – since we all depend on the oceans for our survival.

“The onus is on retailers, as leading contributors to plastic packaging pollution and waste, to take a stand and deliver meaningful change. Other supermarkets, and the retail industry as a whole, should follow suit and offer similar commitments during 2018. This is a time for collaboration.

“There really is no excuse any more for excessive packaging that creates needless waste and damages our environment. The technologies and practicalities to create less environmentally harmful alternatives exist, and so Iceland is putting a stake in the ground.”

Throughout the process, Iceland has consulted regularly with Greenpeace experts. They have called on competitors to follow Iceland’s lead.

John Sauven, Greenpeace Executive Director, said: “Last month a long list of former heads of Britain’s biggest retail groups wrote a joint statement to explain that the only solution to plastic pollution was for retailers to reject plastic entirely in favour of more sustainable alternatives like recycled paper, steel, glass and aluminium.

“Now Iceland has taken up that challenge with its bold pledge to go plastic free within five years. It’s now up to other retailers and food producers to respond to that challenge.

“The tidal wave of plastic pollution will only start to recede when they turn off the tap. They know the scale of systemic change we need, and yet their responses have been timid and piecemeal. Iceland has offered a more radical solution that shows the way forward for the sector.”