A hormone signalling pathway has been identified that may help boost citrus fruit’s tolerance to the effect of global warming, including the widespread flooding on farmland. 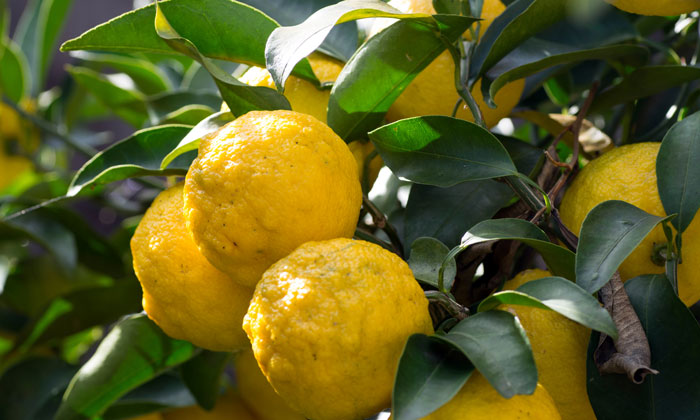 HARD FRUIT: The effects of global warming could be damaging for citrus fruit

Researchers at the Department of Agricultural Sciences and the Natural World of the Universitat  Jaume I (UJI) in Castellón, Spain, have identified the genes within citric fruit that biotechnology could improve to face climate change.

Work spearheaded by Professor Vicent Arbona is progressing in the understanding of the signalling pathway of a plant hormone that will make plants more resistant to stress by flooding. Conclusions of the research have been published in the Plant Molecular Biology magazine.

One of the negative environmental conditions that will worsen with the effects of global warming is the flooding of farmland due to torrential rain.

Professor Arbona, a member of the Ecophysiology and Biotechnology Investigation Group, said: “We have studied in the laboratory a plant hormone, abscisic acid or ABA, which is key to regulating tolerance to adverse environmental conditions by plants, and we have observed that there are specific hormonal and molecular responses to stress due to flooding of the substrate”

Researchers at the UJI have identified genes associated with the signaling mediated by the aforementioned hormone and cloned them – removing and isolating them from the plants in order to study them more in-depth.

“What was specially relevant from a basic research standpoint was that, for the first time, the descent in levels of a plant hormone compared to control values as an answer to environmental stress could be a physiologically significant response – and data points in this direction”, added Arbona.

This plant hormone’s response, on a biochemical level, seems to be controlled and specific for this type of stress, as well as being specific to the roots, which are in direct contact with the flooded land. On the other hand, on a molecular level, researchers find that there is a specific response tied to the hormone levels within the tissue, meaning that the plant could tell which type of stress it is being subjected to, and therefore induce the most suitable physiological responses to fight it.

The next step in this line of investigation, already in development, is to learn how cellular responses vary, on a molecular level, among roots of flooded plants when the hormone is not present, which would make it possible to create a response model where this signaling path would play a key role. “It is worth noting”, says Arbona, “that this work is being performed with woody crops such as citric fruits, which are hard to handle in a laboratory, but have the advantage that the results are easily extrapolated to real life conditions.” Furthermore, basic knowledge on how this signaling path is organized and its key role in plant resistance to substrate flooding is the first step towards the biotechnological production of citric fruits that are more resistant to this type of stress.

Professor Vicent Arbona belongs to the Department of Agricultural Sciences and the Natural World of the Universitat Jaume I and develops his research within the Ecophysiology and Biotechnology Investigation group, managed by professor Aurelio Gómez Cadenas. Among the main investigation lines of this group are the responses and resistance mechanisms of citric fruits and other crops to abiotic stressful situations such as droughts, flooding or salinity, and their hormonal control. They also apply biotechnology techniques such as in vitro cultivation and measure plants’ metabolic changes as a response to stress.