A study examining the presence of a nutrient essential to foetal development in supermarket staples has found that levels are dropping in popular foods. 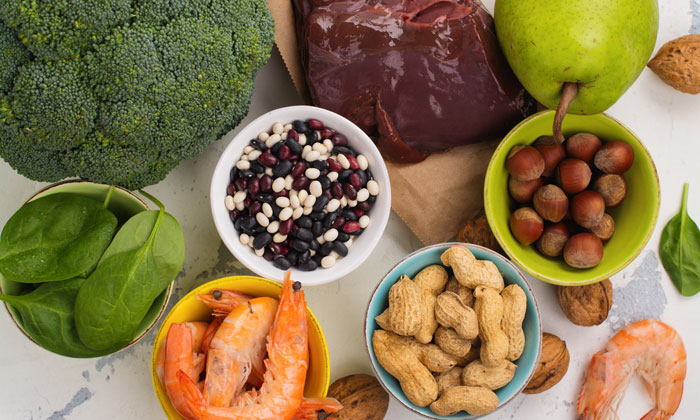 FOODS HIGH IN FOLIC ACID: It is not uncommon for national governments to advise fortification of foods with folic acid to cut NTD rates

Researchers at Dublin City University have found that there has been a further decline in the numbers of food staples fortified with folic acid with potential implications for the passive prevention of neural tube defects (NTDs) in babies during early pregnancy.

The latest figures show that the number of food staples fortified with folic acid has fallen since a previous audit conducted in 2014. It is currently not mandatory for food manufacturers to fortify foods with folic acid in Ireland.

Women planning on becoming pregnant or women who have a possibility of becoming pregnant are recommended to consume folic acid prior to pregnancy for the prevention of NTDs such as spina bifida, anencephaly and encephalocoele. However, uptake of this recommendation has been low and folic acid has been added by food manufacturers in Ireland on a voluntary basis to food staples such as bread, milk, cereals, spreads and yoghurts to passively protect babies.

In recent years the number of food staples with added folic acid has declined and the rates of NTDs in the Republic of Ireland has risen during the period 2009-2011.

The latest study, led by Dr Mary Rose Sweeney, School of Nursing and Human Sciences contrasted the findings of the 2014 study with an audit conducted in 2017 (June-August) to examine changes in folic acid in food staples.

“This further decline in the number of food staples now fortified with folic acid means that women are less likely to get passive protection from their diet and puts the onus back on themselves at an individual level to take a supplement daily to prevent NTDs, if they are planning a pregnancy or there is a possibility that they could become pregnant.”

Researchers examined 1101 products (fortified with micronutrients) from supermarkets in Ireland (Supervalu, Tesco, Dunnes, Marks & Spencer, Aldi, Lidl and Centra) and found that there has been a decline in the nutrient in the overall food groups for spreads, cereals, fruit juices, cereal snacks and energy drinks.

It found that there are only four breads now fortified with folic acid, three of which are from a gluten-free range and only one of which is classified as a mainstream bread product with added multi-grains. There was no folic acid fortified basic white slice pan for sale.