Anxiety is rising in the restaurant and hospitality service as many say malicious reviews are being used as blackmail. 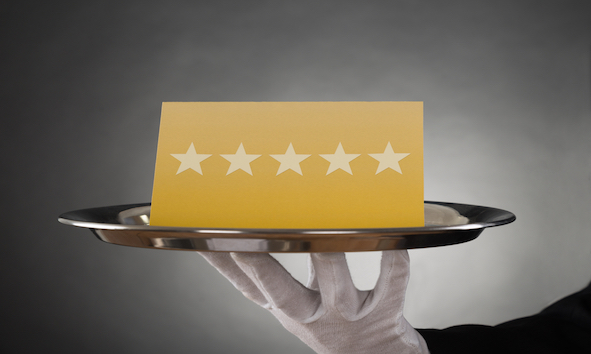 A survey has claimed that 85 per cent of British hotels and restaurants have been the victim of malicious and fake online reviews.

The poll, carried out by the British Hospitality Association, which includes the Restaurant Association, showed a 20 per cent increase in the number of businesses reporting this kind of abuse in the last two years.

In spite of this growing concern, as much as 71 per cent regarded online reviewing platforms as good for business, with many even saying they were the only advertising worth having.

But this number had declined from 2015, by 9 per cent, which may be related to the issues hospitality businesses are facing from fake negative and malicious reviews.

“However, the relentless and largely unregulated growth of the digital intermediaries means that hospitality businesses in the real world – who often pay large commissions to these sites on bookings – are at the mercy of these firms.

“More must be done to tackle fake and malicious reviews and provide greater transparency provided in the ratings systems.”

Half of the businesses surveyed said that the threat of a bad online review had been used to blackmail  them into giving a refund to customers.

When asked if these review sites were helpful in dealing with these blackmail attempts, more than 60 per cent replied that the most popular platforms were not.

More than 65 per cent of respondents to the survey said that transparency was a problem with website rankings based not on reviews but on complicated algorithms that the consumer is unaware of.

Digital Comparison Tools (DCTs) such as review sites have been the subject of a recent study by the Competition and Markets Authority (CMA). The CMA found that DCTs depend on consumer trust to provide a ‘relevant and accurate’ service.

It gives guidance on how to treat consumers fairly called CARE, which means DCTs should be ‘clear’, ‘accurate’, ‘responsible’ and ‘easy to use’. The CMA has previously said it will continue to ensure that consumer law can be readily understood and applied by those providing DCTs and that it will take enforcement action when necessary.