With the health food media fast on the rise and certain chemicals falling fast into popular disrepute, two food scientists have spoken about the dangers of following trends blindly. 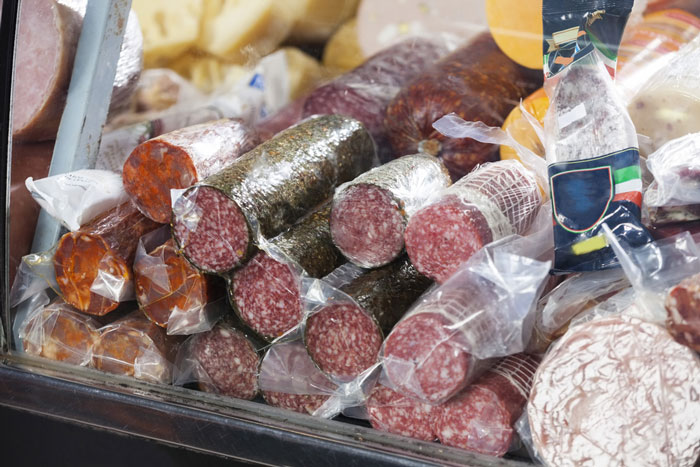 A DEMANDING CROWD; Nitrates are being axed from deli meats to fit in on a clean market.

Two food scientists have issued a warning over the potential harm caused by the ‘clean’ food revolution.

Ruth Litchfield and Ruth MacDonald, both professors of food science and human nutrition at Iowa State University, spoke out on their university’s website to outline the consequences in terms of food waste, safety and cost of blindly following advice offered by clean food advocates.

They said that manufacturers, restaurants and grocers have responded to market demands by removing additives to fit the definition of clean.

But this can lead to certain additives or ingredients that are in fact relatively harmless being unfairly blacklisted.

Professor MacDonald uses the example of removing nitrates from deli meats and hot dogs as an example.

MacDonald, who has spent more than 25 years investigating links between diet and cancer, says nitrates play a necessary role in preventing the growth of clostridium botulinum, a deadly bacterium that causes food poisoning.

Therefore, completely removing nitrates creates problems. MacDonald says food labels boasting “no nitrates” are typically referring to the synthetic version. If the package says “naturally cured” or “uncured” it likely includes celery juice – a natural source of nitrates – as an ingredient. The nitrates in celery juice are not chemically different from synthetic forms.

Consumer concern over nitrates is not without merit. Studies using animal models have found high doses of nitrates may increase the risk for colon cancer. But the professors add that the research is based on animal tests, and evidence for similar effects in humans has not been found. Human diets are complex and many factors influence the potential effects of nitrates on the colon.

“People have a hard time understanding the risk-benefit ratio when it comes to foods. They see a chemical, such as nitrates, listed on the label and assume it is bad or the food contains a high amount,” MacDonald said. “The food safety risk without these preservatives is so much greater.”

The chemical function of nitrates is the same regardless of the source, MacDonald added, so replacing synthetic nitrates with natural sources does not make food safer. In fact, research has shown that the amount of nitrates in celery juice is not always consistent. MacDonald says with synthetic nitrates, food manufacturers can add the precise amount to protect against food poisoning.

Decoding food labels and understanding food risk is tricky even for well-informed consumers. While there is plenty of reliable information online, Litchfield and MacDonald point to social media as the greatest culprit of confusion.

“Social media has gotten us to this point. It is a big driver of distrust,” Litchfield said. “The one thing I would tell consumers is do not believe everything they see on social media. If they read about research on social media, track down the original study to see if it even exists.”