Sea urchins: from pest to plate

New Food looks at the culinary journey of the sea urchin. 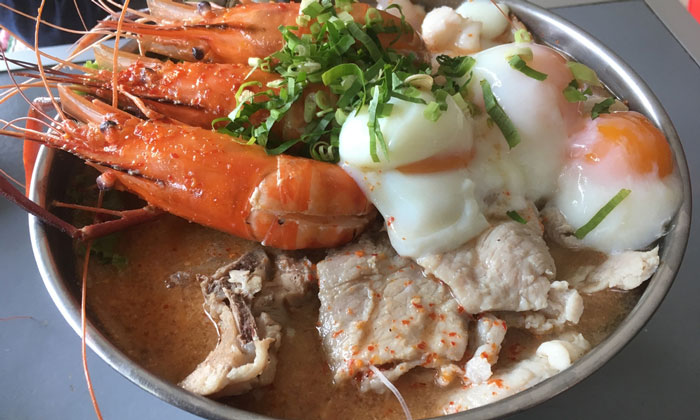 The genital gland of a sea urchin, the so-called gonad, is found inside the urchin. This organ stores nutrients, and contains milt and roe during the spawning season in spring. The gonads are very popular in sushi dishes in especially Asia, but also in other parts of the world.

From pest to plate

In the ECOURCHIN project (Sea urchin harvest: Ecosystem recovery, integrated management of social-ecological system, ecosystem service and sustainability), economists and natural scientists work together to find strategies for sustainable sea urchin harvest in Norway. In addition to possible economic benefits, sea urchin harvest has positive consequences for the coastal ecosystems. The ECOURCHIN researchers are working on bigger, socioeconomic analysis, where the economic benefits from reestablished kelp forests also are included.

Kelp forest researchers at NIVA have previously estimated the economic value of a healthy kelp forest to 15 million NOK per square kilometre per year. Kelp forests are important habitats for fish, and the populations of cod and pollock will benefit from the reestablishment of kelp forests. Several NIVA-reports describe the challenge of sea urchins feeding on kelp forests, and sustainable harvest of these pests would be a win-win.

Reestablishment of kelp forests and an increased biodiversity are some of the ecosystem effects of sea urchin harvest. These are factors we include in the calculations, Wenting Chen, project manager and research scientist with the Norwegian Institute for Water Research (NIVA), says.

There are billions of sea urchins along Norway´s coastline, and catching sea urchin is doing the marine ecosystems a favour. But as a viable industry, the amounts of milt – or gonads – collected have to be worth the effort of harvesting sea urchins and extracting the gonads.

The green Drøbak sea urchin is the most common sea urchin in Norway. It is popular in Japan, but the harvest is not profitable since the amounts of milt per sea urchin are too small. Milt extraction is costly, and high yields are a key factor for an economically sustainable sea urchin industry.

Even sea urchin farming has shown to be challenging, both in Norway and internationally. But new innovative solutions are emerging, and new feed might be one solution to achieve a profitable sea urchin industry. February 21st this year, the Norwegian Government presented their new strategy for the development of marine industries in Norway. In addition to continued support to existing important marine industries, the government wishes to facilitate research, innovation, and development of new technologies, to ensure Norway´s position as one of the leading maritime nations in the world. OECD, Organisation for European Economic Co-operation and Development, says sustainability is crucial for blue growth.

We want to facilitate both harvest and farming of new species. More research is necessary to ensure that this is done within sustainable frames, the Norwegian minister of fisheries, Per Sandberg, says.

Chen states that the sea creature’s gonads are used commercially in as different countries as Canada, USA, France, Iceland, Ireland, Chile, Mexico, China, Japan, New Zealand, Russia, South Korea, Spain, and the Philippines. The ECOURCHIN-project is a cooperation between NIVA, UiT – The Arctic University of Norway, the food research institute NOFIMA, and the University of California, Berkeley.

The project will be finished by the end of this year. Current data indicate that there is a market for sea urchins, and that gourmet companies are willing to pay high prices for the Drøbak sea urchin. Costs related to logistics and marketing are, however, uncertain, considering the sea urchin should still be fresh when served – for instance in Japan, transported all the way from Norway. The profitability of sea urchin harvest is also dependent on the time it takes for degraded kelp forests to reestablish.