Small watercourses are contaminated with large numbers of herbicides, fungicides and insecticides. 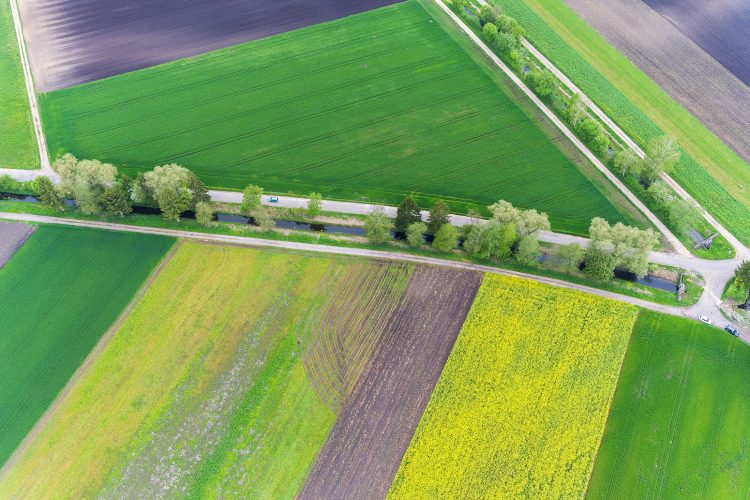 Small watercourses are contaminated with large numbers of pesticides, herbicides, fungicides and insecticides. A study commissioned by the Federal Office for the Environment and published today shows that the legal requirements specified for water quality are not met in any of the five Swiss streams investigated. Indeed, thresholds for acute toxicity to aquatic organisms were also exceeded. Bioassays indicate that biological communities are adversely affected by mixtures of substances. Measures to improve water quality are currently being developed in the national “Action Plan on risk reduction and sustainable use of plant protection products”.

Although streams and brooks account for almost three quarters (45,000 kilometres) of Switzerland’s river network, stream water quality has not previously been monitored over long periods; random samples are unlikely to provide a meaningful picture. Therefore, on behalf of the Federal Office for the Environment (FOEN), a study of five small watercourses was conducted by Eawag and the Ecotox Centre, in partnership with five cantons (Thurgau, Basel-Landschaft, Bern, Valais, Ticino) and the Swiss Water Association (VSA). The catchment areas in question are representative of intense agricultural use. From March to August 2015, almost 1,800 water samples were collected, and the findings were published today in two articles in the journal Aqua & Gas.

It had been suspected that small watercourses are heavily contaminated with plant protection products (PPPs), and this has now been confirmed. The number of substances found is very high: 128 different agents used in agriculture, fruit and vegetable farming, and viticulture – 61 herbicides, 45 fungicides and 22 insecticides – were detected in the samples (see Figure). In 80% of samples, the limit (0.1 µg/L) specified in the Waters Protection Ordinance was exceeded by at least one substance – for over 60 days in all five streams investigated, and for almost the entire six-month study period in the Weierbach (Basel-Landschaft) and Eschelisbach (Thurgau). Concentrations as high as 40 µg/L were detected for individual substances. Short-term peaks are likely to have been even higher, since in all cases concentrations were averaged over a period of at least half a day.

Chronic and acute toxicity of mixtures

Because the limit of 0.1 µg/L per individual substance specified in the Waters Protection Ordinance does not adequately reflect the actual risks for organisms – and 20 to 40 substances, on average, were detected in each sample – the analytical data were also compared with ecotoxicological water quality criteria. In addition, bioassays were conducted using algae and freshwater shrimps (gammarids), and macroinvertebrate diversity was investigated.

The results leave little room for interpretation: in all cases, chronic water quality criteria were exceeded (sometimes many times over) for a period ranging from two weeks (Ticino) to as much as five-and-a-half months (Basel-Landschaft, Thurgau). In four of the watercourses, concentrations exceeded the thresholds for acute toxicity to sensitive organisms, for periods of up to two months (Valais). Gammarids released in one of the watercourses exhibited increased mortality and lethargy, associated with elevated pesticide concentrations. For all sites, the results of the assessments were “unsatisfactory” or “poor”. The lowest level of contamination was found at the monitoring site in the canton of Ticino, where the catchment area shows a lower intensity of agricultural use. Marion Junghans of the Ecotox Centre concludes: “The constantly changing cocktail of multiple substances in problematic concentrations and persistently high risks often leave organisms with no time to recover.”

Action Plan under development to reduce risks of pesticides

For Stephan Müller, Head of the Water Division at the FOEN, these findings confirm that agricultural PPPs – alongside micropollutants released from wastewater treatment plants – are currently the most important source of contaminants in Swiss surface waters. This is particularly true of small streams, which are of particular interest because they serve as a refuge and nursery for the offspring of aquatic organisms, especially fish.

Thanks to the upgrades recently approved by Parliament, it should be possible to halve the proportion of micropollutant inputs attributable to wastewater treatment plants. Now, according to Müller, contamination with PPPs must also be markedly reduced: one important step in this direction is the PPP Action Plan currently being developed under the direction of the Federal Office for Agriculture, in which water pollution control is a priority concern. At the same time, he believes, users have a responsibility to exercise care in the management of substances with ecotoxicological effects, and to limit their use as far as possible.

By EAWAG: Swiss Federal Institute of Aquatic Science and Technology