Researchers at the NUP/UPNA-Public University of Navarre and the Navarre-based company Anteral S.L. have designed a novel system of sensors to improve quality control in the food sector and based on terahertz technology. 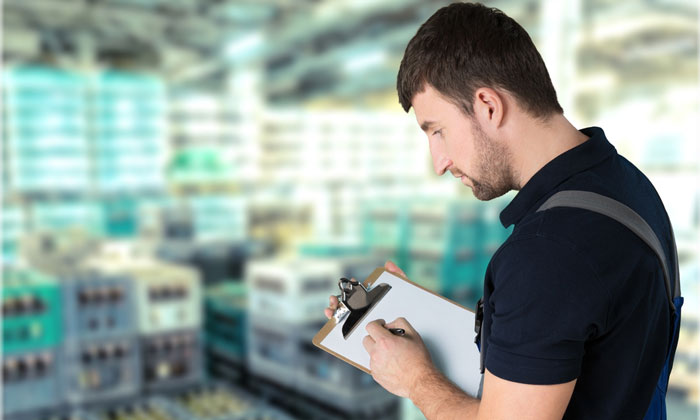 Researchers at the NUP/UPNA-Public University of Navarre and the Navarre-based company Anteral S.L. have designed a novel system of sensors to improve quality control in the food sector and based on terahertz technology.

These devices enable foreign bodies, such as metals, paper, insects, plastic or glass, in food along a production line to be detected, and pathogenic microorganisms to be identified in real time.

These devices are based on terahertz technology, a band in the electromagnetic spectrum located between the microwaves (which mobile phones and TVs need to function) and the infrared waves. This terahertz band is the last unexplored region of the electromagnetic spectrum owing to the difficulty in generating and detecting waves of this type. Yet one of the fields in which terahertz offer huge technological potential is in the sensing of substances and materials. This is due to the fact that nearly all the molecules display a characteristic footprint on this band and this allows them to be distinguished and identified.

“Terahertz radiation is capable of penetrating a huge range of objects and substances, so they make it possible to ‘see’ what is inside them,” explained Juan Carlos Iriarte.

“In the same way, the reflection of terahertz waves varies according to the material or body they impact upon, and this provides images depending on the power and phase of the wave received.”

The sensors developed in this project are used firstly to detect foreign bodies present in food products, such as sliced meat and vegetables.

“Metals, including corrosion-resistant ones, paper, insects, plastics or glass can be found among these foreign bodies,” pointed out the NUP/UPNA researcher. Secondly, the sensors can be used to identify, in real time, microorganisms belonging to the main, common pathogenic strains that may be present in perishable foodstuffs, and to carry out microorganism counts.

The researchers in this project have designed a device which is a miniaturised blend of transmitter and receiver and which undertakes to detect the radiation reflected in the terahertz frequency range, caused by a foreign body or by the chemical product one is intending to study. “In the first case, that of a foreign body, the radiation is in proportion to its morphology, and, in the second, when a chemical product is involved, its molecular composition is obeyed allowing it to be unequivocally identified because each one has its own spectral radiation footprint,” added Juan Carlos Iriarte.

The spectral signature of objects and substances is very different between one case and another and that is why detection is much more simple and leads to fewer false alarms, according to the authors of this research.

“The system for capturing images in terahertz constitutes a great advance in this field, as there are no similar devices devoted to inspection in the food sector, either nationally or internationally,” concluded Juan Carlos Iriarte.

This terahertz-based technology is already being used in the field of security to non-intrusively obtain images of concealed weapons. In actual fact, the NUP/UPNA’s Antennas Group is actively participating in applying this technological development in the sector.

This development has been possible thanks to a project funded by nearly 300,000 euros by the Ministry of the Economy, Industry and Competitiveness as part of the State Plan for Scientific and Technical Research and Innovation 2013-2016.