92% of US millennials eat a snack in place of a full meal at least once a week, new research shows 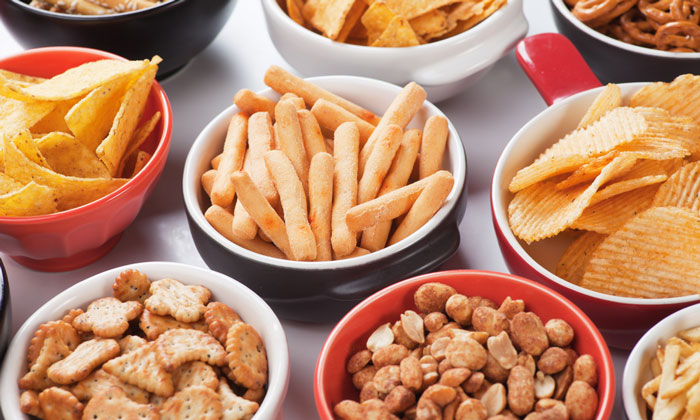 Most American millennial snackers eat a snack in place of a standard meal at least once a week, a new survey reveals[1]. Researchers in the US questioned snackers between the ages of 18 and 35 about their snacking habits and preferences.

When asked how often they eat a snack instead of having breakfast, lunch or dinner, 92% of them said they do so a minimum of once a week. Furthermore, half of the respondents said they replace a meal with a snack at least four times a week, while more than a quarter (26%) said they do so at least seven times a week.

The online survey of 300 male and female American millennials who snack regularly was commissioned by Welch’s Global Ingredients Group, the supplier of FruitWorx real fruit pieces and powders, and was conducted in January 2017 by independent market research company Surveygoo.

The findings shed light on the true scale of the ‘snackification’ of mealtimes among millennial snackers, an often-reported but rarely measured phenomenon.

When asked why they snack, 39% of millennial snackers said they do so when they are too busy to eat a proper sit-down meal, while 17% admitted to doing so when they ‘can’t be bothered to cook a meal’.

When respondents were asked which factors are important in guiding their choice of snack, the three most important were taste (80%), nutrition and health (52%) and convenience (49%).

They also said they are looking for whole food ingredients, such as wholegrains (43%), real fruit (42%) and nuts (39%). Besides valuing real fruit, American millennials who snack also prefer to know the origin of the fruit in their snacks. In total, 68% of survey respondents said it was important for them to know where the ingredients in their snacks, including the fruit, had come from.

“The survey quantifies and expands on what we already suspected: the replacement of mealtime with snacktime among millennial snackers is widespread. These consumers need their snacks to be convenient for their busy lives and contribute to their daily nutrition needs. Our survey findings tell us that there is an opportunity for snack products that can check all of the boxes – taste, convenience and natural nutrition.”

[1] Survey of 300 male and female snackers in the US aged 18-35, commissioned by Welch’s Global Ingredients Group and conducted independently by Surveygoo in January 2017