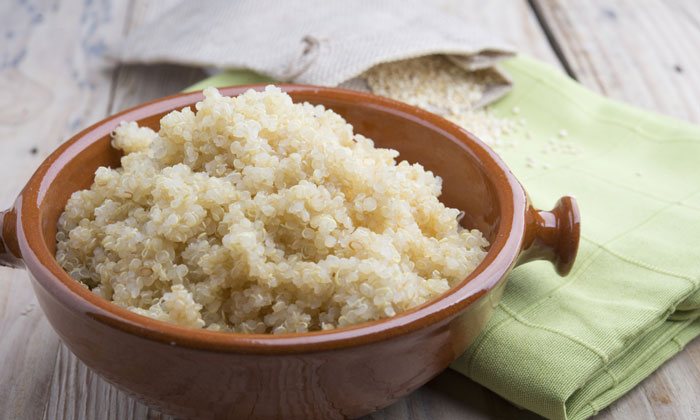 Quinoa could hold the key to feeding the world’s growing population because it can thrive in harsh environments and grows well on poor quality, marginal lands. Following New Food‘s ‘Feeding Asia’ series that looks at food security issues in the world’s most populous continent, we look at research conducted by King Abdullah University of Science and Technology (KAUST) into quinoa as a potential solution.

KAUST researchers have now completed the first high-quality sequence of the Chenopodium quinoa genome, and they have begun pinpointing genes that could be manipulated to change the way the plant matures and produces food. This project brought together 33 researchers from 4 continents, including 20 people from 7 research groups at KAUST.

“Quinoa was the staple ‘Mother Grain’ that fuelled the ancient Andean civilisations, but the crop was marginalised when the Spanish arrived in South America and has only recently been revived as a new crop of global interest,” said KAUST Professor of Plant Science Mark Tester, who led the project team.

“This means quinoa has never been fully domesticated or bred to its full potential even though it provides a more balanced source of nutrients for humans than cereals.”

As a first step toward improving our understanding of how quinoa grows, matures and produces seeds, Tester’s team decided to sequence its genome. They used a combination of techniques, including cutting-edge sequencing technologies and genetic mapping, to piece together full chromosomes of C. quinoa. Their resulting genome is the highest-quality quinoa sequence to date, and it is already yielding insights into the plant’s traits and growth mechanisms.

“Quinoa was the staple ‘Mother Grain’ that fuelled the ancient Andean civilisations, but the crop was marginalised…”

“One problem with quinoa is that the plant naturally produces bitter-tasting seeds,” said Tester.

“This is due to the accumulation of chemical compounds called saponins in the seeds. We’ve pinpointed one of the genes that we believe controls the production of saponins in quinoa, which would facilitate the breeding of plants without saponins to make the seeds taste sweeter.”

There is immense potential for the genome sequence to help scientists understand quinoa and therefore modify it for more widespread, commercial use. For example, breeders could use this genetic information to learn how to control plant size to favor shorter, stockier plants that are less likely to fall over. These more stable plants could support bigger seed heads and be grown closer together in large fields.

“We already know that the quinoa plant family is incredibly resilient,” said Tester.

“It can grow in poor soils, salty soils and at high altitudes. It really is a very tough plant. Quinoa could provide a healthy, nutritious food source for the world using land and water that currently cannot be used, and our new genome takes us one step closer to that goal.” By King Abdullah University of Science and Technology (KAUST)

One response to “Quinoa genome accelerates solutions for food security”