Purchases of taxed foods declined beyond pre-tax trends following Mexico’s 2014 tax on nonessential, energy-dense foods, according to a survey-based study… 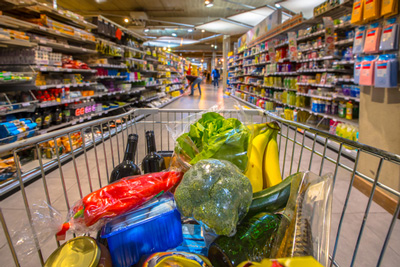 Purchases of taxed foods declined beyond pre-tax trends following Mexico’s 2014 tax on nonessential, energy-dense foods like salty snacks and frozen desserts, according to a survey-based study. The study, conducted jointly by collaborators at Mexico’s National Institute of Public Health and the University of North Carolina, found this shift occurred in low and medium socioeconomic status (SES), but not high SES, households.

In January 2014, Mexico passed an 8% tax on nonessential, energy dense foods including salty snacks, chips, cakes, pastries, and frozen desserts. Using a dataset that follows household food purchases over time, Lindsey Smith Taillie, Research Assistant Professor at University of North Carolina at Chapel Hill, and colleagues examined whether the volume of taxed foods showed greater declines in the post-tax period than would be expected based on purchasing trends prior to the tax (2012-2013).

A 25g decline per capita per month

Key study limitations include the use of self-reported household data, limitation to urban households (which comprise 75% of expenditures), and the lack of a true control group, as the tax was implemented nationally. However, the study provides an early snapshot of overall shifts in food purchasing one year after implementation of the nonessential food tax. The researchers  state: “[The] results can orient Mexican policymakers, who every year decide on the continuation of the tax, as well as policymakers from others countries currently considering the implementation of taxes on unhealthy foods.”