Experts call for action to speed the introduction of new crops 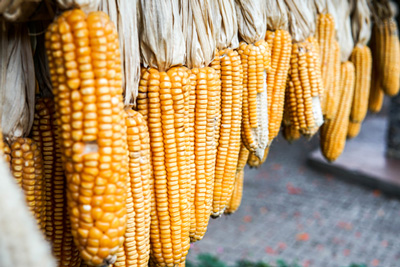 Experts, led by researchers from the University of Leeds, have warned that crop yields will fall within the next decade due to climate change unless immediate action is taken to speed up the introduction of new and improved varieties. Their research focusses on maize in Africa but the underlying processes affect crops across the tropics.

Professor Andy Challinor, from the Priestley International Centre for Climate at the University of Leeds, said: “In Africa, gradually rising temperatures and more droughts and heatwaves caused by climate change will have an impact on maize.

“We looked in particular at the effect of temperature on crop durations, which is the length of time between planting and harvesting. Higher temperatures mean shorter durations and hence less time to accumulate biomass and yield.”

It takes anywhere between 10 and 30 years to breed a new crop variety and have it adopted by farmers. The rate at which temperatures are increasing across the tropics means that by the time the crop is in the field it is being grown in warmer temperatures than it was developed in.

By looking at a range of data on farming, regulatory policy, markets and technologies, the researchers developed average, best and worst case scenarios for current crop breeding systems.

The researchers found that crop duration will become significantly shorter by as early as 2018 in some locations and by 2031 in the majority of maize-growing regions in Africa. Only the most optimistic assessment – in which farming, policy, markets and technology all combine to make new varieties in 10 years – showed crops staying matched to temperatures between now and 2050.

The research team looked at the options for ensuring that crops can be developed and delivered to the field more quickly. These range from improved biochemical screening techniques to more socially-centred measures, such as improving government policies on breeding trials and farmers’ access to markets.

Dr Andy Jarvis, from CIAT (International Centre for Tropical Agriculture), said: “Investment in agricultural research to develop and disseminate new seed technologies is one of the best investments we can make for climate adaptation. Climate funds could be used to help the world’s farmers stay several steps ahead of climate change, with major benefits for global food security.”

The researchers have also proposed an alternative plan: use global climate models to determine future temperatures, then heat greenhouses to those temperatures and develop new crop varieties there.