Posted: 4 May 2016 | Victoria White, Digital Content Producer | No comments yet

Cargill scientists have created fat systems that lower saturated fat by as much as 40% in shortenings, without compromising finished product attributes… 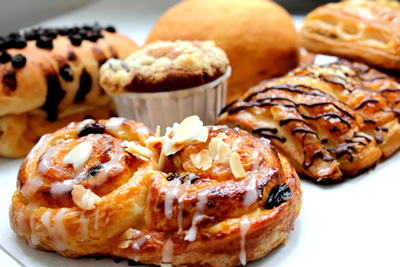 Cargill scientists have created fat systems that lower saturated fat by as much as 40 percent in shortenings, without compromising finished product attributes. “This research demonstrates a significant leap forward in our understanding of the structure and function of fats throughout the bakery process,” said Serpil Metin, principal scientist, Cargill. “With that knowledge, we are working to unlock new low-fat and reduced-saturated-fat solutions that meet the needs of bakeries and help address the health concerns of consumers.”

Before tackling the challenge of reducing saturated fat levels in bakery shortenings, Cargill researchers gained a comprehensive understanding of how fat behaves at a molecular level. They analysed its structure at each stage of the production process, from mixing to the end of a product’s shelf life. Then, they created bakery models to predict the specific application performance of each reduced-saturated-fat alternative. In the end, the researchers landed on three promising approaches to lower saturated fat levels:

The Cargill teams found positive results with each approach to reducing saturated fats. The researchers were able to create fat systems that reduced saturated fat levels by 40 percent, yet still provided performance comparable, and in some cases superior, to that of commercial shortenings. A summary of each of the approaches is provided below.

Cargill researchers replaced some of the traditional saturated fat with a blend of canola oil, a product lower in saturated fat, and starch. Using particle stabilisation technology combined with fat crystal optimisation, the researchers created a structured fat system that reduced saturated fat levels by 40 percent compared to the same source fat without sacrificing key performance characteristics. In addition, depending on the reduced-saturated-fat levels, the resulting functional bakery shortenings had fewer total fat and calories.

In a separate study, Cargill researchers focused on controlling how fat solidifies. As fat cools, it forms crystals. The researchers found that by combining vegetable waxes and monoglycerides with canola oil and palm stearin, they could influence the size, shape and speed at which those crystals form. The resulting fat system lowered saturated fat levels, while maintaining critical fat structures.