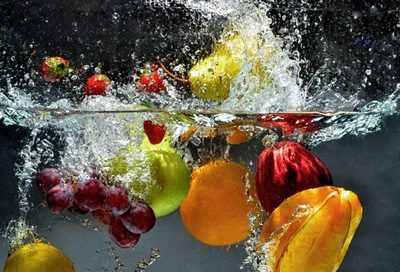 Fresh water scarcity worldwide has led to increased use of reclaimed wastewater, as an alternative source for crop irrigation. But the ubiquity of pharmaceuticals in treated effluents has raised concerns over the potential exposure for consumers to drug contaminants via treated wastewater.

The research was carried out by a multidisciplinary team of researchers from the Hebrew University of Jerusalem and Hadassah Medical Centre. The study is the first to directly address exposure to such pharmaceutical contaminants in healthy humans.

“In a randomised controlled trial we have demonstrated that healthy individuals consuming reclaimed wastewater-irrigated produce excreted carbamazepine and its metabolites in their urine, while subjects consuming fresh water-irrigated produce excreted undetectable or significantly lower levels of carbamazepine,” said Professor Ora Paltiel, Director of the Hebrew University-Hadassah Braun School of Public Health and Community Medicine, who led the research.

The study followed 34 men and women divided into two groups. The first group was given reclaimed wastewater-irrigated produce for the first week, and freshwater-irrigated vegetables in the following week. The second group consumed the produce in reverse order.

The volunteers consumed the produce, which included tomatoes, cucumbers, peppers and lettuce, according to their normal diet and drank bottled water throughout the study to neutralise water contamination.

“It is evident that those who consume produce grown in soil irrigated with treated wastewater increase their exposure to the drug. Though the levels detected were much lower than in patients who consume the drug, it is important to assess the exposure in commercially available produce,” Professor Paltiel said.

“This study demonstrates ‘proof of concept’ that human exposure to pharmaceuticals occurs through ingestion of commercially available produce irrigated with treated wastewater, providing data which could guide policy and risk assessments,” said Professor Benny Chefetz from the Faculty of Agriculture, Food and Environment at the Hebrew University and the Director of the Hebrew University Center of Excellence in Agriculture and Environmental Health.