Taking a shot at fake whiskey, a team of researchers have developed an edible tag featuring a scannable code which could help to identify and deter fraudulent whiskey in the future. 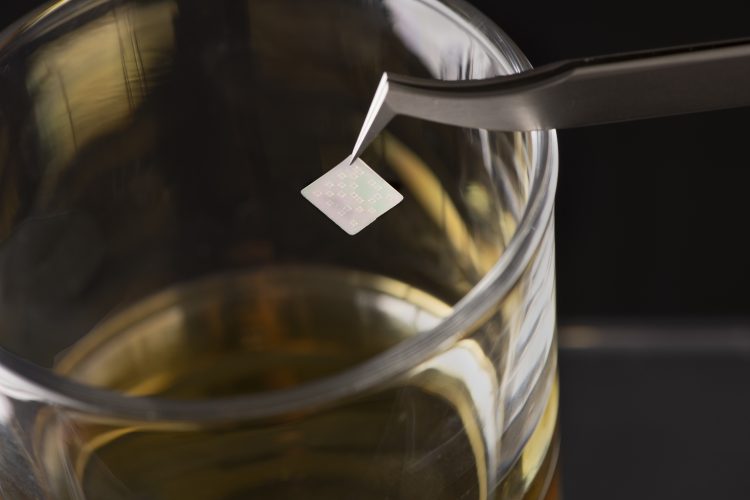 Eighteen percent of adults in the UK have experienced purchasing counterfeit alcoholic spirits, but the days of fake whiskey could be numbered following the creation of an edible fluorescent silk tag.

The tag created by a team of biomedical engineers from Purdue University and National Institute of Agricultural Sciences in South Korea features a code, equivalent to a barcode or QR code, but so small it’s not visible to the naked eye.

The idea is that the tag would be placed into bottles of whiskey as an anticounterfeiting technology, with customers/consumers then able to scan the code with a smartphone to ensure its genuine.

As the tags are safe to consume, it won’t matter if it’s swallowed in the drink – and according to the creators, will have no impact on the taste.

To create the tags the team processed fluorescent silk cocoons from specialised silkworms to develop a biopolymer, which can be formed into a variety of patterns to encode the information. You can watch a video demonstration of the tag here. 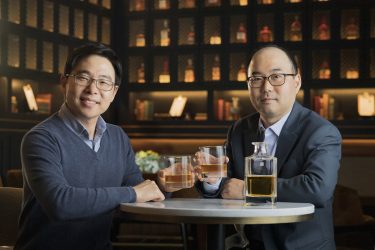 Jungwoo Leem, a postdoctoral research associate, and Young Kim are part of a global research team that has developed the tag. Credit: Purdue University photo/John Underwood

During their study, the team placed tags in various brands and price points of whiskey (80 proof, 40 percent alcohol per volume) over a 10-month period and were able to continually activate the tags and codes with a smartphone app.

Along with the cracking down on alcohol fraud, the researchers are hopeful this solution could also be used within the medical environment.

“Counterfeit items, such as medicines and alcohol, are big issues around the world. There are numerous examples of large amounts of fake medications sold throughout the world, which, in some instances, kill people,” said Young Kim, Associate Head for Research and an Associate Professor in Purdue’s Weldon School of Biomedical Engineering.

“Online pharmacies sell controlled substances to teens. People can buy counterfeit opioids easily,” he said. “This work is extremely important for patients and buyers in addressing this issue. If you have this technology on or in your medicines, you can use your smartphone to authenticate. We want to empower patients to be aware of this issue. We want to work with pharmaceutical companies and alcohol producers to help them address this issue.”