A new study suggests that potato protein consumption can strongly increase muscle protein synthesis rates at rest and during recovery from exercise. 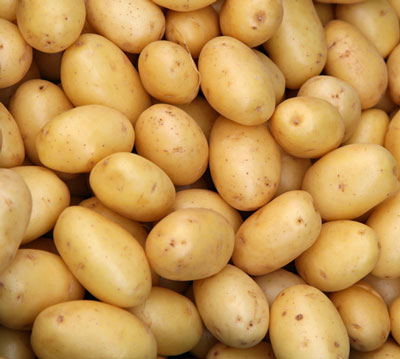 Researchers at Maastricht University in The Netherlands found that consuming 30 grams of potato-derived protein concentrate following resistance exercise “strongly increased muscle protein synthesis rates to levels that did not differ from the response following the ingestion of an equivalent amount of milk protein concentrate”.

“The anabolic response to exercise depends on the exercise stimulus and the postprandial increases in circulating amino acids,” said lead study investigator Luc J.C. van Loon, a professor of physiology of exercise and nutrition at Maastricht University Medical Centre. “In general, plant-derived proteins are considered to have lesser anabolic properties, due to their lower digestibility and incomplete amino acid profile. Our results show that ingestion of 30 grams potato-derived protein will support muscle growth and repair at rest and during recovery from exercise.”

The findings from the research group – consisting of 24 “healthy” males between 20-28 years old – demonstrate that potato-derived protein concentrate powder can be used to increase muscle protein synthesis rates both at rest and during post-exercise recovery in healthy, young men, at rates that do not differ from the ingestion of an equivalent amount of milk protein, according to the report.

“The potato’s amino acid profile has no apparent deficiencies and ingestion of 30 g protein was shown to strongly stimulate muscle protein synthesis during recovery from exercise,” explained van Loon. “Although further dose-response studies in broader populations are undoubtedly necessary, these data seem to support the use of potato-derived protein concentrate as an effective means to support muscle conditioning.”

The research team have however made clear that further studies will be needed to assess dose-response relationships between smaller and larger doses of protein on muscle protein synthesis, and more studies will also be needed to assess the effects of plant-derived protein concentrates on muscle conditioning after repeated bouts of exercise in larger and more diverse populations.

Nonetheless, the current data shows that “there is ample room for high quality plant-derived proteins in sports nutrition, such as protein from nutrient-dense sources like potatoes,” concluded van Loon.