The WHO has blasted formula milk retailers for employing marketing tactics which it says “blatantly” breaches an international code developed in the 1980s. 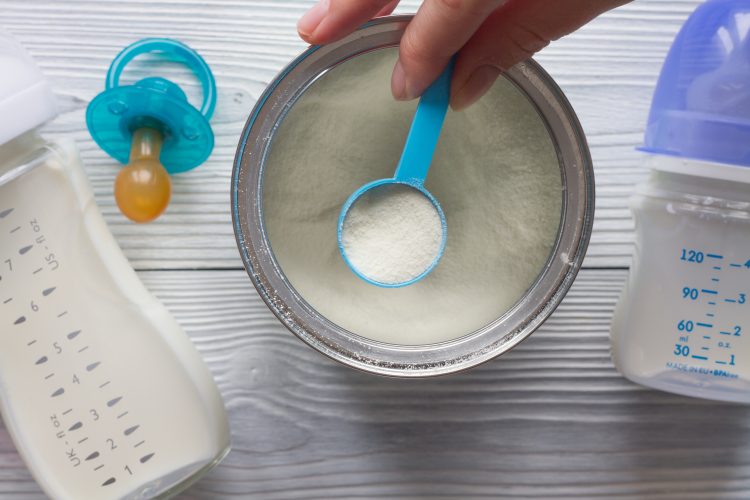 A shocking report published by the World Health Organization claims that the global formula milk industry, valued at some $55 billion, is targeting new mothers with personalised social media content that is often not recognisable as advertising.

A new World Health Organization (WHO) report titled ‘Scope and impact of digital marketing strategies for promoting breast-milk substitutes’ has outlined the digital marketing techniques designed to influence the decisions new families make on how to feed their babies.

The WHO says formula milk companies post content on their social media accounts around 90 times per day, reaching 229 million users; representing three times as many people as are reached by informational posts about breastfeeding from non-commercial accounts.

The agency claims this “pervasive” marketing is increasing purchases of breast-milk substitutes and therefore dissuading mothers from breastfeeding exclusively as recommended by the WHO.

“The promotion of commercial milk formulas should have been terminated decades ago,” said Dr Francesco Branca, Director of the WHO Nutrition and Food Safety department. “The fact that formula milk companies are now employing even more powerful and insidious marketing techniques to drive up their sales is inexcusable and must be stopped.”

The report compiled evidence from social listening research on public online communications and individual country reports of research that monitors breast-milk substitute promotions, as well as drawing on a recent multi-country study of mothers’ and health professionals’ experiences of formula milk marketing.

The WHO claims that the proliferation of global digital marketing of formula milk “blatantly breaches the International Code of Marketing of Breast-milk Substitutes (the Code), which was adopted by the 1981 World Health Assembly. The Code is a landmark public health agreement designed to protect the general public and mothers from aggressive marketing practices by the baby food industry that negatively impact breastfeeding practices.”

The organisation has called on the baby food industry to end what it calls “exploitative” formula milk marketing, and on governments to protect new children and families by enacting, monitoring and enforcing laws to end all advertising or other promotion of formula milk products.