A new study has found that a certain plant compound – known as formononetin – may help treat food allergies, as well as other types of allergies. 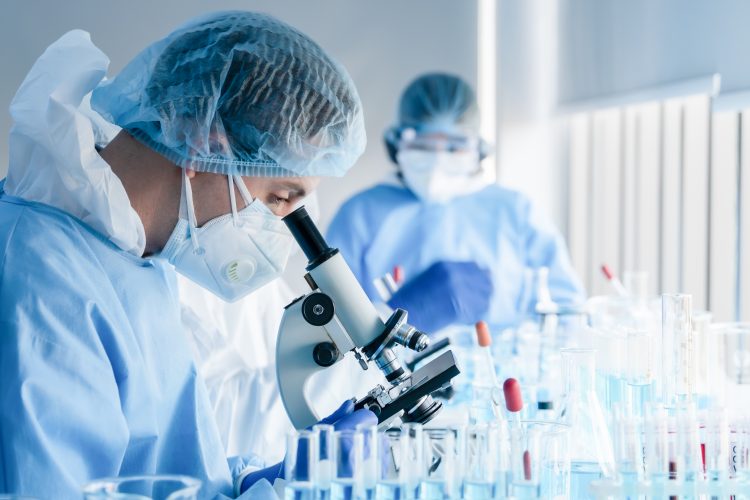 Researchers have gained new insight into how the plant compound formononetin might be used to treat food allergies.

With nearly 10 percent of the world’s population affected by food allergies, the New York Medical College team behind the study, have said new treatments are “critically needed”.

Formononetin is found in plants and herbs such as red clover and green beans, and has been shown to potentially possess anticancer properties.1 It has a structure similar to the hormone estrogen, meaning it can bind to the body’s estrogen receptors. 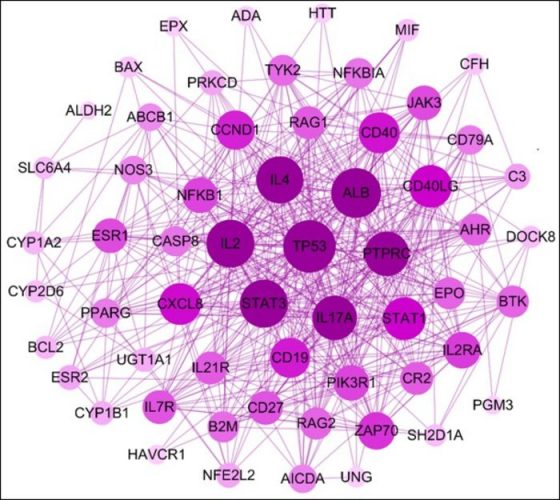 This protein interactions network was constructed by mapping potential targets in food allergy, IgE and mast cell diseases to the Strings database. The size of the node from large to small is proportional to its degree value in the network. The circles represent the therapeutic targets, and the purple lines represent the interaction between the nodes.
Credit: Ibrahim Musa, New York Medical College

“Our findings show that formononetin is a particularly good therapeutic candidate for treating food allergies,” said Ibrahim Musa, a doctoral candidate in pathology, microbiology and immunology at New York Medical College. “Our research also revealed new mechanisms and targets that can be utilised to design future drugs for treating food allergies and other allergic disorders or to prevent severe anaphylaxis seen in allergic diseases.”

In basic terms, food allergies occur when the immune system regards a food or something in a food as a threat. This causes the immune system to produce immunoglobulin E (IgE) antibodies that respond, causing reactions such as hives, asthma, itching or diarrhoea, to name a few.

In previous studies, the researchers identified formononetin as a potentially therapeutic option for allergies because it decreased IgE production. To find out more, they turned to an approach known as ‘systems pharmacology’. This involved using data from publicly available databases to identify gene and protein targets regulated in food allergy and mast cells diseases, which also play an important role in IgE-mediated allergic diseases.

“Our study demonstrates that system pharmacology can be used to predict drug/ compound–target interaction,” said Musa. “What’s more, the mechanism of action identified for formononetin is also important for other allergic diseases such as allergic asthma and hay fever. This suggests that formononetin or other therapeutic candidates that decrease IgE production could be useful for treating these diseases.”

The researchers now plan to study formononetin and identify potential side effects.

Musa will present the new research at the American Society for Biochemistry and Molecular Biology annual meeting in Philadelphia this week (5 April 2022).